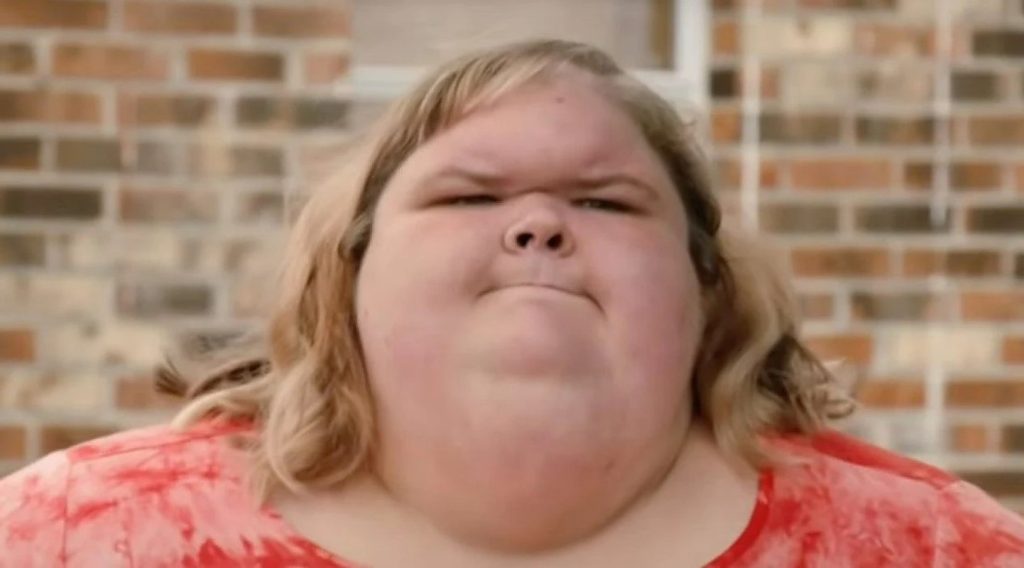 Tammy Slaton became extremely popular after TLC roped her into starring in 1000 Lb Sisters. She and her sister, Amy Slaton, have become the talk of the town since then. Although it has only been three years since their show debuted, they have gotten a lot of fame. Hence, they are excited as ever to return to the TV screens with the new season. A recent sneak peek of the same reveals what fans can expect in the upcoming episodes. Apparently, Tammy is finally going to make up her mind about going to rehab. Her everyday life at the specialized center will become the show’s main highlight. Keep reading to know more details about this.

Tammy Slaton has always struggled with her weight loss progress. The first three seasons of 1000 Lb Sisters had her relapsing multiple times. In fact, she ended up gaining 50 pounds instead of losing them by the end. However, the new season promises progress. The celebrity had to take a trip down to the hospital because of her carbon dioxide poisoning and issues in her lungs. As a result, she was put in a “medically induced coma” to get better. Well, the star made a speedy recovery and finally made the decision to go into a specialized rehab. While her family members, like Amy Slaton and Chris Combs, wanted her to make this move for a long time, Tammy finally did so.

The sneak peek revealed that Tammy Slaton’s life from rehab to battle food addiction is going to be a huge part of 1000 Lb Sister Season 4. The star also talked about the struggles of staying away from home. It turns out that Tammy and Amy are from Kentucky, while the former’s rehab is in Ohio. So, viewers will get to see the celebrity make progress in terms of losing weight so she can undergo bariatric surgery. In order to qualify, she must lose 100 Lbs on her own. Hence, Tammy will have to be 500 Lbs to make it through. Well, fans remain as excited and curious as ever to find out whether the star achieved this fear or not.

1000 Lb Sisters: Amy Slaton Struggles With Her Pregnancy Too!

Ever since tying the knot with Michael Halterman, Amy Slaton had been ready as ever to welcome motherhood. However, her doctors advised her to lose a few more pounds after her bariatric surgery before taking this major step. However, the 1000 Lb Sisters couple ended up conceiving in the same year she got the surgery. While it was quite risky, the star delivered a healthy baby boy, Gage. She also got pregnant for the second time last year. Hence, viewers will get to see Amy’s pregnancy journey again. As usual, the doctors had mentioned the risks behind it because of the celebrity’s diabetes and blood pressure issues.

A scene in the new trailer had Amy Slaton on the hospital bed. The woman also admitted to being in “a lot of pain.” While looking at the ultrasound of the little one, she stated that things might take a turn “for the worst”. Another clip had her crying heavily on the camera. For the unversed, the reality TV star did give birth to another baby boy, Glen, in July 2022. He is now five months old. Hence, fans will get to see her pregnancy and the issues with the same in the upcoming season. It has almost been a year since the last season hit the TV screens. The new part is going to premiere on TLC on January 17, 2022. Keep an eye on TV Season & Spoilers for more 1000 Lb Sisters updates.