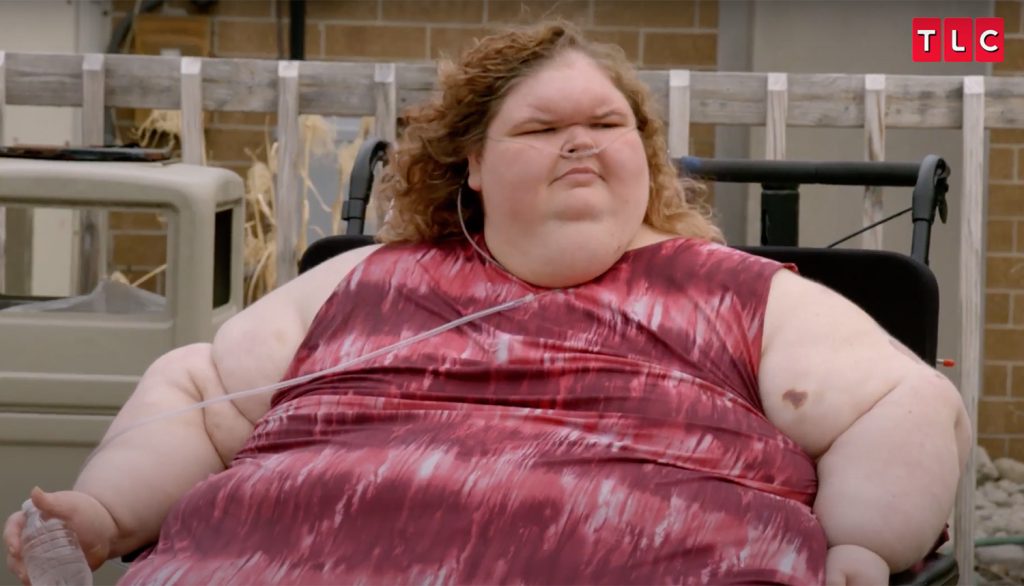 1000 Lb Sisters To Be Canceled After Season 3 Due To Tammy? Here’s Why!

At first, 1000 Lb Sisters fans found Tammy’s stubbornness entertaining. As a result, her show gained quite a lot of popularity after the last two seasons. However, seeing her playing with her health, not strictly focusing on her weight loss journey, and throwing tantrums has eventually bored the audience. Well, many expected that Tammy might change her behavior after she contracted COVID. Instead, the TV star picked up some life-risking habits. Hence, what made fans clamor for the series cancelation will surprise you.

This season, Tammy left the rehab center just after losing a little weight. She believed that she could lose a considerable amount if she followed the same routine at her home. But avid viewers knew that she wouldn’t, and she even proved them right. Despite this, her attitude remains the same. She showed cold shoulder to Amy, who’s making efforts to improve her sister’s life. Thus, it left no option for the younger 1000 Lb Sisters sibling to hire a nurse. But despite all this, the reality show’s fans asked the network to end the show.

One Redditor commented that she took the worker’s help to push the wheelchair when she could walk on her own. The person continued that she had already proved that she could walk when Tisa asked her to walk to the pool. But not for the exercise. Another one added that the show is getting desperately sad, thanks to Tammy. She doesn’t want to improve her health, and instead of this, she’s focusing more to spoil her health. Further, many pointed they can’t see more of Tammy’s arrogance.

In the previous season, Tammy contracted COVID-19 and was put on life support. But despite this, she didn’t learn her lesson. Though she fully recovered, it severely infected her lungs. Thus, in the recent season, she has been using an oxygen tube for better breathing. But instead of following a healthy diet plan and sticking to her exercise routine, she shared a picture where she appeared vaping.

Thus fans believe that she’s repeatedly doing the same thing and not considering the opportunity that God gave her. Despite being severely infected due to COVID-19 yet, she survived. Thus, she should show gratitude. A Redditor added, “I’ve been getting increasingly angrier with her!” Another added, “I could have slapped her on face” when she abused Tisa. “B*tch is crazy and so immature,” another commented. Thus, her behavior is the main reason that is now making things terrible for fans. It’s getting harder for 1000 Lb Sisters fanbase to keep supporting the TV star despite her bad behaviour.