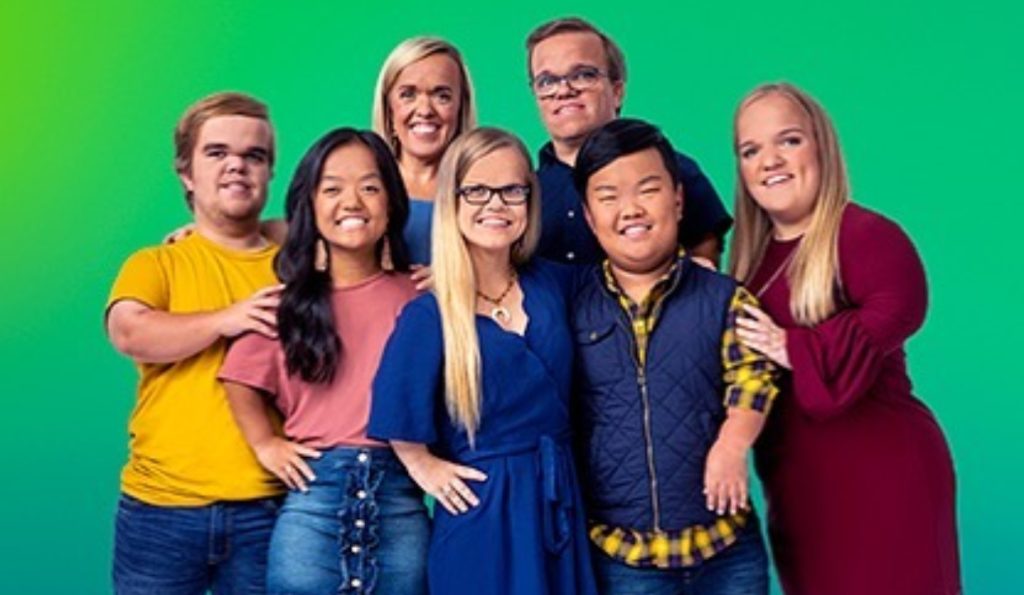 Amber and Trent Johnston from 7 Little Johnstons and their five lovely kids have ruled over TV screens for a long time. What sets them apart is their will and motto that size is just a number. This family of little people has come a long way since their debut and has become one of the most loving reality TV families. The viewers love keeping up with their quirky personalities and fun adventures as the show has progressed. However, the head of the family, Amber, ended up sharing a rather concerning update. Now fans believe that the family is very close to quitting filming! Why is that? Keep reading to know more details about this.

7 Little Johnstons: Amber Johnston Shares The Family Will Be Done With The Show Soon!

7 Little Johnstons has become quite a wholesome show. It began its journey on TLC in 2013. So, it has almost been a decade since then. The viewers got to see the kids, i.e., Jonah, Anna, Elizabeth, Emma, and Alex, when there were merely little babies. Now, they are young adults, ready to take on the world. Lately, Amber took to her social media to reveal that her family ended up filming their 111th season. So, it was a major milestone for them. As they have overcome so much during this time, she thanked the fans for this achievement. However, the viewers noticed something saddening in the post.

Well, Amber Johnston had mentioned in her caption that they are “nearing the end”. Moreover, the star was reflecting on “hard work” and “dedication”. So, this made fans more sure that the family might just wrap up the show after the new season aired on TV. Many of them took to the comments section to reveal that “all good things” come to an end. They even thanked the 7 Little Johnstons castmates for allowing their lives to get documented for the show. In fact, the audience was grateful that they found so much about the little people community and dwarfism through their favorite show. Hence, they wished the stars all the very best.

7 Little Johnstons: When Is The Show Returning With A New Season?

The Johnstons family has been quite consistent when it comes to appearing on TV. That’s because they starred in not one but two seasons in 2022. So, fans are eagerly waiting to know when the family will be coming back with more of their adventures. The previous season, i.e., 7 Little Johnstons Season 12, came to an end in October. Since then, TLC has not yet announced if or when the show will come back or not. As a result, avid fans have been bombarding the castmates’ comments section, trying to find out details about their return on TV screens. Seemingly, the Johnstons are bound by contracts, so they can’t answer this.

However, a viewer was lucky enough to get a response through his comments. He took to one of Emma’s posts to ask her when her family was “coming back on TV.” Well, Emma being her witty self, didn’t directly respond to this statement. She first started off her comment with “hmm” and a thinking emoji. Later, by diffusing some of the tension, she wrote “soon,” but in an inverted, strikes out fond. So, viewers instantly understood that she was being very coy in confirming that the show was most definitely returning. Moreover, her mother, Amber, also confirmed that the show would most definitely return this year as they were in the middle of filming. Keep an eye on TV Season & Spoilers for more 7 Little Johnstons updates.