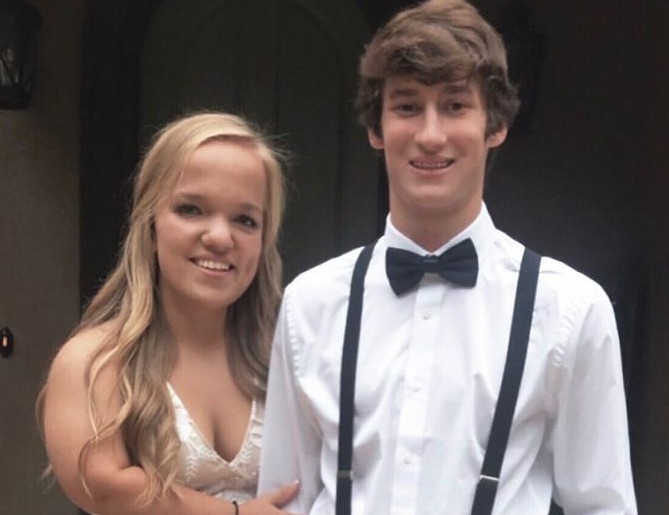 Only a few months after the conclusion of its previous season, TLC has officially renewed 7 Little Johnstons for another run. The Johnston family will soon return to our television screens but with a lot more drama than ever before. Besides, it seems like several things are about to change as the family is set to welcome a new member. After TLC released the official synopsis of Season 10, rumors of Elizabeth Johnston getting married to her boyfriend Brice have increased. Hence, here’s your tea for the day.

7 Little Johnstons: Are Elizabeth & Brice Getting After Moving In Together?

The last couple of episodes of the previous season were focused on Liz Johnston finally moving out of her parents’ house. Everyone in the family, including Trent and Amber Johnstons and her siblings, helped the 19-year-old shift into her new place. Trent warner Elizabeth’s boyfriend, Brice Bolden, to not sleep in the same room as her daughter. Well, despite that, it seems like the couple is still living together. After this huge step, there are chances that the two of them might think of tying the knots.

Recently, TLC finally confirmed the release date of 7 Little Johnstons Season 10 in a press conference as revealed by thefutoncritic. Aside from the date, the network also gave away a detailed synopsis of the upcoming set of episodes. The Johnston family recently went on a vacation that included Liz’s boyfriend Brice and Jonah’s girlfriend Ashley as well. The synopsis confirmed that Brice would finally fit in with the family despite being of average size. However, the most shocking part of the synopsis was “the family is curious if Brice will soon become an official member of the Johnston family,” after the couple recently completed two years together.

While it can’t be assured, many fans are assuming that by mentioning “an official member,” the synopsis might be hinting that Elizabeth might be getting married to her boyfriend. However, it isn’t clear if it will be Brice or Liz proposing the idea.

Fans who’ve been watching the TLC show for a long time will remember that Elizabeth Johnston was dating James previously. Their relationship was adored by 7 Little Johnston viewers until they got to know how James dumped Liz. The fan-favorite cast member was heartbroken after the break-up. However, she moved on as Brice came into her life. Since they started dating, Liz seems a lot happier than ever before. Fans of the reality series complete ship the pair and have been waiting for the Johnston family to fully accept Bolden as a member.

Well, Elizabeth and Brice recently completed two and a half years together. Liz dedicated a post to her boyfriend back in April this year when the couple celebrated their second dating anniversary. Now that they’ve hit the big milestone, there are chances that they might think about tying the knots. However, we will have to wait for the new season to find out if the speculations are actually true. Luckily, Season 10 of 7 Little Johnstons will premiere on Tuesday, November 16, at 9 pm ET/PT. Stay tuned to TV Season Spoilers for more updates.