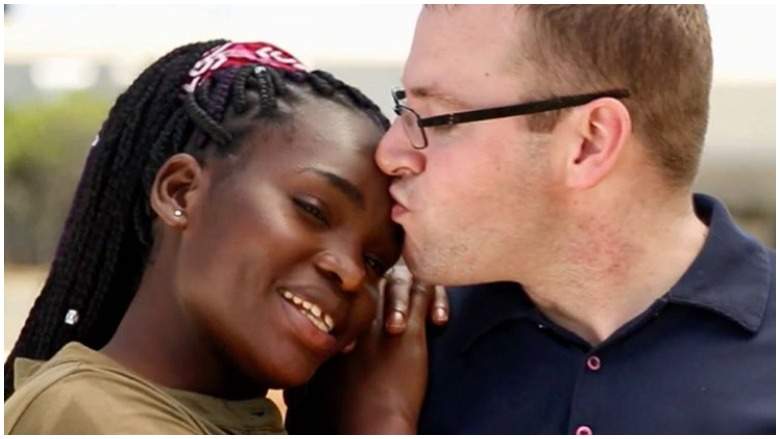 90 Day Fiance: Before the 90 Days couple, Akinyi and Benjamin, have some good news for their fans. Well, it’s been a while we’ve seen them on the show, and a lot of the viewers are demanding TLC to bring them back. As per their social media, the couple and their young son Graysen have become a little happy family. Now, it seems like another member is about to join them. One of Akinyi’s Instagram stories became a sensation amongst her followers, which hints she might be pregnant. Hence, here’s your tea for the day.

Without doubt, the Arizona native Benjamin Taylor and his “pretty lady” Akinyi Obala are one of the cutest couples of the TLC show. Their story was a unique one and had a sweet happy ending as well. Currently, the Kenya native has officially moved to the US to live with the love of her life. She lives with Ben and his son from a previous marriage, Graysen, in their Glendale, Arizona home. Both Akinyi and Benjamin are pretty active on social media and have continued to share their lives with fans even after the show.

In a recent IG story, Akinyi posted a picture of something that looked like a pregnancy test. It created a stir amongst the fans who were excited for the couple’s future. A lot of them rushed in to congratulate them and showered them with all the love in the world. This would be their first child together, and Graysen will finally become a big brother. However, soon after people started talking about their pregnancy, Akinyi corrected them by revealing that she is not pregnant but “just ovulating.”

This was when fans paid close attention to her previous story. The picture she uploaded was not of a pregnancy test but an ovulation test. Hence, Akinyi is not pregnant yet. However, this incident reveals that the couple is trying, and we might soon get a piece of good news from them. Fans are still happy for their favorite 90 Day Fiance pair and are waiting to see their baby with cute dimples like Akinyi’s.

Ever since they appeared on the show, TLC viewers believe that Benjamin and Akinyi make a cute couple and might last together. Hence, they were excited to see that the two of them are finally living together are a married couple. However, a lot of people often complain that they share way too many personal details on their social media. Recently, Benjamin uploaded a video on his Instagram, giving Akinyi an intense morning kiss. While some fans called them cute, others were just uncomfortable.

Fans pointed out that some things just need to be personal and are better not posted on social media. Another follower said, “Nope. Love y’all but this was not necessary.” As of now, Ben’s comment section is full of people criticizing his decision to post the video. Previously, Akinyi revealed on her Instagram that Benjamin doesn’t like kissing her while she’s wearing makeup. What do you think about the video? Are you excited for their future baby? Share your thoughts in the comments below, and keep coming back to TV Season Spoilers for more updates.