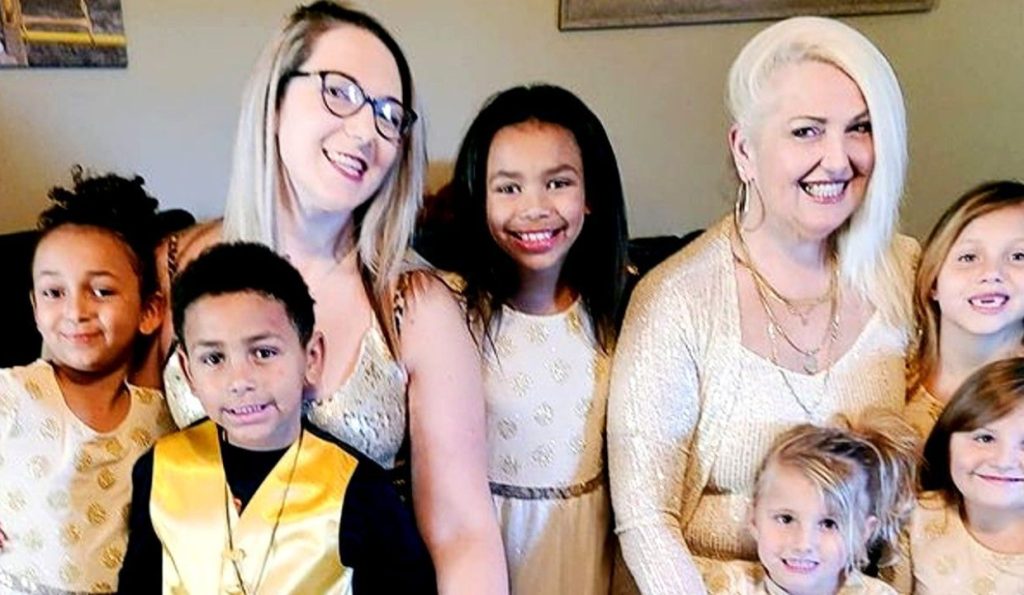 Angela and Michael are known for their controversial appearances on TLC’s popular show 90 Day Fiance. As their presence in the show progressed, viewers found out more about their life. For instance, Angela is a grandma as her daughter Skyla shares five kids with her partner, Barry Gene Burch. Alas, their relationship didn’t work out. As of now, Barry is incarcerated. Therefore, they had locked horns with one another in court owing to a legitimation case going on between the two. Well, Angela took to her social media to reveal that her daughter had won the case. Keep reading to know more details about this.

All 90 Day Fiance viewers got to meet Angela’s family through the show. That’s when they find out she is a grandma to five kids. Apparently, her daughter, Skyla, was with Barry Burch, and they shared the kids. Well, they are no longer together as the latter is in prison. They also had a legitimation case going on. As per the law in Georgia, a father can take legal action to have rights over his kids only if they are born out of wedlock. However, legal legitimation will come into place if the father marries the mother of their kids.

As per InTouch, the couple had to show up on August 8. But Barry couldn’t do so as he was locked up. Yet, a counsel was present to represent him on his behalf. As a result, Angela’s daughter was in favor of a motion to dismiss. In fact, she wanted to do so because of the “lack of prosecution”. Therefore, this made her win the court case. At last, the judge gave “dismissal without prejudice”. Moreover, the mother-daughter duo had a celebrity attorney, i.e., C. Lewiss Tippett, representing them. As a result, they also put up a picture with him after their win.

90 Day Fiance: Michael Will Finally Dump Angela? Tells Her To ‘Get Out’

While viewers find out about Angela’s life through social media, they will soon get to follow her journey through 90 Day Fiance: Happily Ever After Season 7. It turns out that she is still married to Michael Ilesanmi. Due to the pandemic, the star had to move back to America from Nigeria. However, they have still been in a long-distance marriage. But the latest trailer reveals that things don’t look good between the couple. The meemaw also talked of giving “five years’ worth of loyalty” to her man. This made the fans think she would pull the plug on their relationship.

However, a new clip revealed something opposite. From the beginning, 90 Da Fiance fans have always seen Michael be the submissive person in the couple’s relationship. Well, the man has dealt with Angela’s threat to hit him, her yelling, and whatnot. But the latest snippet showcased that he, too, reached his tipping point. That’s because Michael was yelling at her to “get out”. Surprisingly, his wife appeared shocked at his reaction. Hence, viewers are excited as ever to know what caused it. Well, viewers will have to wait for the new episodes to know what went on between the two. Keep track of all the latest 90 Day Fiance news only through TV Season & Spoilers.