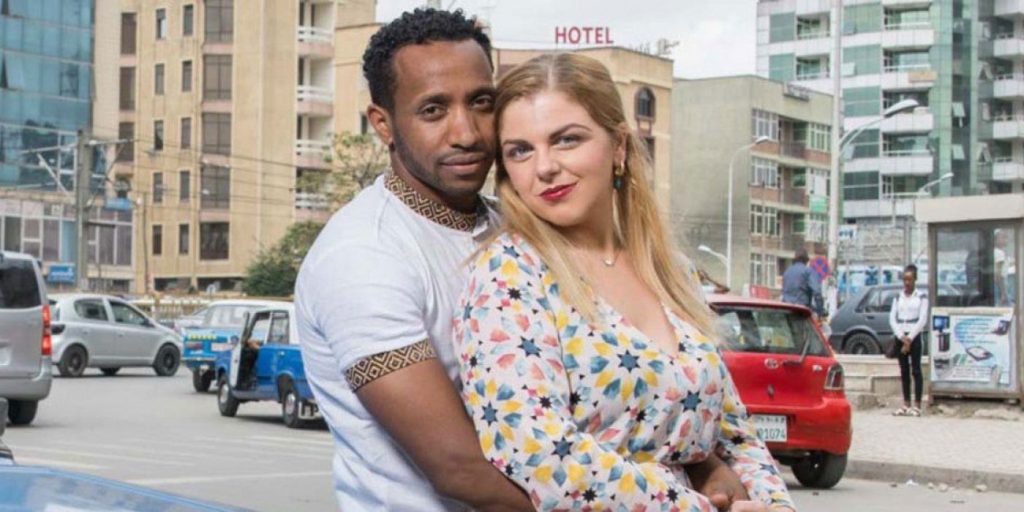 90 Day Fiance star Ariela’s siblings recent Instagram post made a huge highlight as it fuels the rumors of the couple getting married. Well, in 90 Day Fiance: The Other Way Tell-All, they shunned the wedding rumors. This is because the 30-years-old mom doesn’t believe in such commitment. But the recently released pictures teased perhaps Biniyam coaxed his would-be wife to tie the knot. He always wanted to stay beside her, which is why he filed for the K-1 visa. Now that he moved to America to stay by her side, fans hope that the couple will return on the upcoming season of 90 Day Fiance.

Ariela’s family has recently dropped some photos and videos of their supposed marriage on Instagram. That left many to wonder whether Biniyam persuaded her to change her opinion. The famous news blogger, 90daycouple, on Instagram revealed this news. The blogger shared the screenshots of Ari’s brother Brad’s Instagram stories. In the caption, they wrote that Brad had posted these pictures, and it appears to be Ari and Biniyam’s wedding. Ariela’s brother holds baby Avi in the formal suit in one picture.

He also tagged the location on the picture, which is Congregation Kehilat Shalom. Another image shows Biniyam in a black and golden blazer accompanied by the filming crew and rabbi. Meanwhile, Ari’s sister Kristin Santizo shared a video of her, Biniyam, her brother Elliott Schreffler playing with baby Avi in the chapel. TV Season & Spoilers points out that shortly, fans took on the comment section. “They are married,” one commenter said. While another one wrote that it seems like a Jewish marriage. Another follower stated that Biniyam came with an end goal of proper commitment. So it’s happening. S

90 Day Fiance: Will The Couple Return In The Following Season?

Well, the couple made their appearance in TOW Season 2. Since then, fans have seen them going through plenty of highs and lows. Biniyam’s fear of Ariela abandoning him as his first wife did. Meanwhile wary of his partner’s close bond with his ex Leonardo Fosque. Now that the fans spotted the couple in New Jersey, people believe they might have tied the knot. Well, in the finale, baby Avi’s daddy clearly mentioned that he wanted to tie the knot and take their relationship on a new phase. On the flip side, Ari had no interest in making it official.

But the latest images hint that perhaps the couple might have changed their decision. But Biniyam’s side of the family didn’t see in such pictures. That raises many to speculate that Ariela still doesn’t want to make up with Wish and Mimi. Well, in the Tell-All, the 30-years-old celeb accused her partner’s sisters of numerous reasons. As for her, she can’t bear their interference in their relationship. Thus, if they return with another season, the trio’s bond would play a significant role.