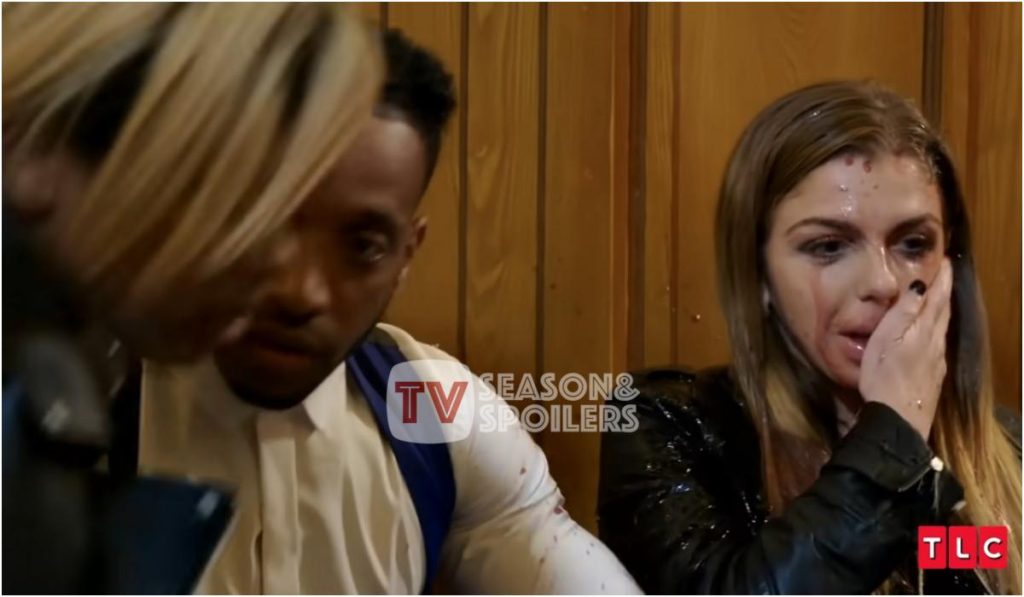 As per the last 90 Day Fiance Season 9 episode, the tensions between Ariela and Biniyam’s sister Wish and Mimi kept rising. Apparently, things got so bad that Wish threw wine on the star’s face due to an argument. It seems like their feud didn’t end there. In fact, the American woman is now receiving backlash for not letting her kid Avi bond with his aunts before they left for America. Keep reading for all the latest information.

All 90 Day Fiance fans couldn’t get enough of the drama between Ariela and Bini’s family. Apparently, after the wine sloshing incident, they were on the young mother’s side for keeping her cool. However, a new segment on the show has turned them against her. It turns out that Biniyam’s sister Mimi and Wish came to the airport to bid the couple and their son, Avi, goodbye. In order to do that, they wished to see their kid and bond with him one last time before their trip.

However, Ariela urged her fiance to tell his family that he was sleeping. As a result, he ended up telling the same to his sisters. Yet, they saw through it and told the cameras that it was “shameful” and their sister-in-law was rather “evil” for not letting them kiss their nephew before they left for America. However, the 90 Day Fiance was divided into two parts since the incident. While some supported Ariela’s decision, others were pretty against it.

90 Day Fiance: Ariela Comes Clean About Her Behaviour! Tells Her Side Of The Story

As things began to get heated in the 90 Day Fiance fandom, Ariela Weinberg stepped up to come clear about the said accusations. Although it’s quite rare to see cast members immediately address such controversial matters online, she did it. In fact, popular blogger John Yates reshared her posts on his Instagram handle. Through her Instagram stories, the 30-year-old revealed that she despises children falling prey to “alienation” from biological families. Hence, the TV star explained her side of the story.

As per Ariela, she was okay with Wish and Mimi coming near the van and saying goodbye to Avi. However, it was quite cold, and she didn’t want her little one to step outside the vehicle. Yet, the mother-of-1 doesn’t know if the incident got “misinterpreted” or if they intentionally didn’t come near the vehicle for last goodbyes. While a lot of 90 Day Fiance fans appreciated her for the clarification, others blamed Biniyam for not stepping up

to “end the negativity”. In fact, he was silent during the exchange, the way he was during the wine sloshing incident. Hence, viewers counted it as a red flag. Keep checking TV Season & Spoilers for more such 90 Day Fiance news updates.