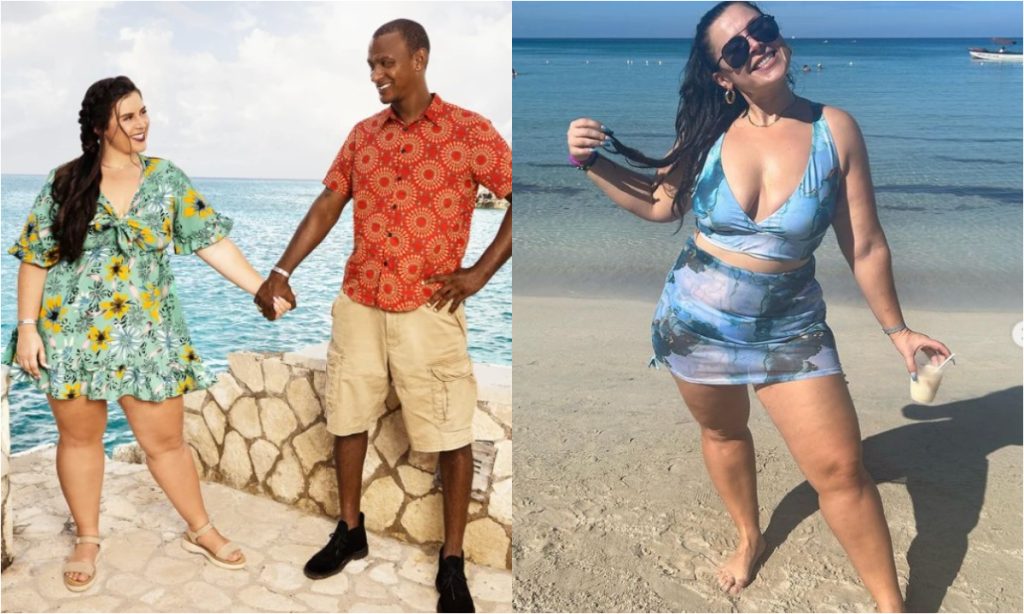 Aryanna Sierra has struggled in her love life but has an amazing bond with her son, Odin. The mother of one made her debut on 90 Day Fiance: Love In Paradise with Sherlon McInnis. The celeb couple fell in love when Aryanna was enjoying a vacation in Jamaica with her sister. Although the couple had a 10-year age gap, they still fell for one another hard during the American woman’s vacation getaway. However, now they have a baby together, even though viewers saw their deteriorating relationship in the show. Recently Aryanna shared that she is serious about taking care of her physical and mental health. She shared her weight loss results through her Instagram. Tune in to know what are the new updates about her.

Aryanna Sierra is a strong, confident woman and a fan favorite after she appeared on the show 90 Day Fiance for two seasons. She was in the Love In Paradise spin-off. The star made her entrance into the reality TV show with her former lover Sherlon McInnis. Their relationship is on a rocky edge now. However, they have an adorable son together, to whom they are co-parenting with a huge distance gap. The Illinois native has been through a lot as her 36-year-old partner was not loyal to her. He even mingled with several other women when she was pregnant. Leaving everything behind, Aryanna has been fussing about raising her child and becoming mentally and physically healthy. Sierra was always passionate about maintain ing a healthy weight and working out. Her lifestyle change journey began in 2018, and she has been consistent with it since then.

The 90 Day Fiance star, Aryanna, ended up gaining weight after giving premature birth to her son in January 2021. Well, the TLC reality TV star is back with avenging intent when it comes to her revenge body. Toward the year’s end, she gave her followers an update about her body weight. Sierra revealed that she’d lost 60 pounds post-pregnancy and additional 30 pounds making a total of 90 lbs in a year. Apparently, the celebrity made her son her source of motivation as she wanted to become a better parent. Sierra wrote this in one of her captions. Aryanna’s most recent post caption is a bit emotional as she mentions, “I was SICK of being big.” Along with that, she wrote about several other problems that she faced because of this. Fans were happy to see her progress toward her goal.

In 2019, before the lockdown shook the world, Aryanna and her sister took a vacation to Jamaica. That’s where she met Sherlon as he was working on her tour boat. They hit it off, and their chemistry was strong enough to turn their fling into a serious love affair. However, she returned to the States and discovered her pregnancy. So, she had to come back after six months of being pregnant to work things out with Sherlon as they were going to become parents. Instead, he stepped back and gave excuses such as not being ready to move so fast or get engaged. He even refused to move to the USA for a K1 Visa. She suspected he was not loyal toward her, nor did he tell her where their relationship was going.

There were several scenarios when he was busy mingling with other women on the beach, as mentioned by Aryanna in her confessional. Later, Sherlon confessed that he had a friend-with-benefits type of relationship with other women. The 90 Day Fiance couple is now co-parenting their baby Odin. But Sierra mentions that he is not adhering to any fatherly duty well in the last season. In fact, he was no not even paying for their son or calling him. Recently Sherlon posted on his Instagram a piece of big news that he got married in December 2022. Well, that cleared up a lot as the duo has ended things. For more exciting news updates, stay tuned to TV Season & Spoilers.