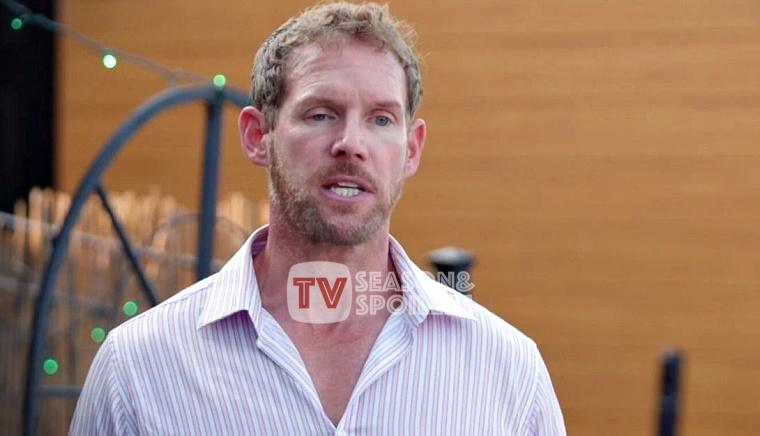 Ben and Mahogany’s storyline in 90 Day Fiance: Before The 90 Days has been super controversial. Initially, viewers thought the foreigner was too good to be true and was a catfish. Later on, she refuted these rumors by presenting herself on camera. Then she presumably lied about living at a posh house which was deemed as an Airbnb by fans. However, Mahogany might not be the one lying about her life after all. That’s because some shocking things from the American man’s past life have come into the limelight. Keep reading to find out!

Although Mahogany was receiving lots of flak from the 90 Day Fiance fans for lying about her age and whitewashing her photos, some viewers disapproved of Ben too. As per them, the celebrity is coming off as creepy for dating someone close to his kid’s age. Now another revelation has truly shocked the fans. That’s because FraudedMedia posted updates about a joint Facebook account that the TV star ran with a mystery woman.

As per the looks of their photos in the profile, it seems like the couple married one another or were engaged. Moreover, the nature of the account being combined is also worrying the fans. That’s because they deduce it depicts having control over one another. Hence, TV Season & Spoilers reports the fanbase feels it is a sign of a toxic relationship. In fact, the pictures are from 2019. As a result, they think the man probably has a history of deceiving multiple young girls and quickly making th ings serious with them.

Meanwhile, one more still from a different show has surfaced where Ben showed another woman as his wife. However, neither Ben nor Mahogany have shed light on this disclosure so far. Hence, there is no confirmation about what the American native has been up to in his past.

Over several instances, 90 Day Fiance fans have thought TLC has come up with Ben and Mahogany’s storyline. Initially, the latter didn’t appear in the show after Ben arrived in her country, Peru. Moreover, her pictures on social media appeared so flawless that the fanbase believed she was a catfish. However, she put these rumors to ease by finally meeting her partner. It turns out TLC filmed the show last year. Hence, the viewers are witnessing last year’s footage in the new season.

Looks like a netizen spotted a couple in real-time handing out in a mall in Lima, Peru. Once the couple’s picture spread on the internet like wildfire, viewers concluded their story was not scripted after all. Hence, it’s now less likely for Mahogany to turn out to be a catfish or an actress. That’s because both of them were trying to spend time with one another off cameras, and a fan saw them by chance. However, the fans are not sure if they’ll get to see more of them in new 90 Day Fiance spin-offs or not. Keep checking TV Season & Spoilers for more such news.