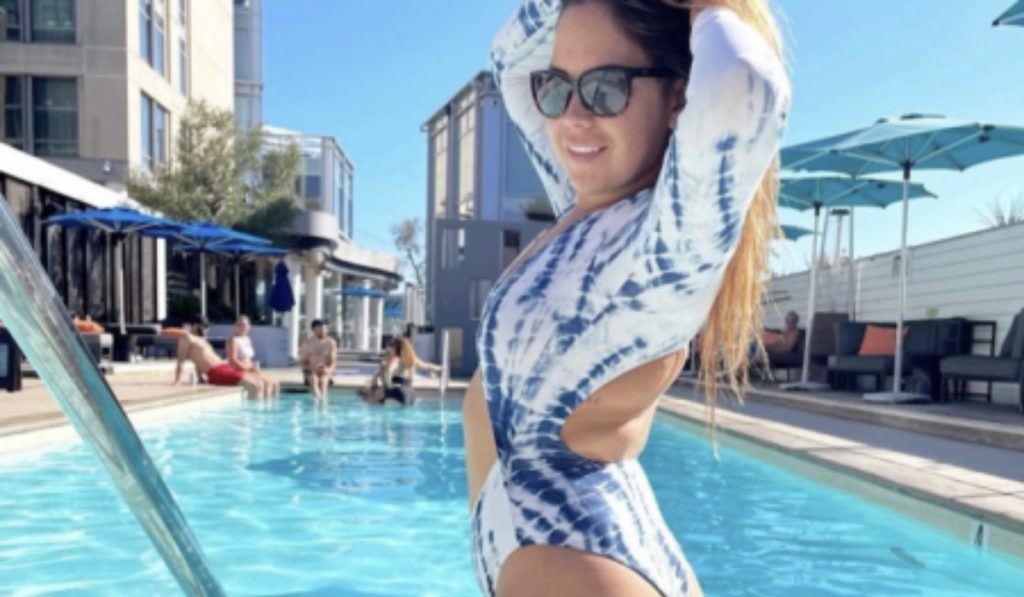 Liz Woods made a name for herself after appearing in the 90 Day Fiance spin-off, The Single Life. Moreover, the star made her debut alongside the already popular castmate, Big Ed. Since then, their love story has gone through a lot of phases. At last, the San Diego man ended up proposing. Now that they are very close to tying the knot, Liz has revealed her weight loss transformation to get the wedding ready! Keep reading to find out more.

Liz Woods became Bid Ed’s love interest in 90 Days: The Single Life Season 1. However, their relationship hit rock bottom, and she ended up leaving him by the end of the season. Despite this, they were back together by the next season as the couple got to meet for dinner. Moreover, it was a tough time for Ed as he was grieving the loss of his dog, Teddy. Hence, this trauma brought them together, and the 57-year-old planned a proposal to his lady love with a diamond ring worth $13,000.

Since then, the couple has been in the limelight for a while. Although they aren’t part of the show anymore, viewers take an interest in their life. Hence, they keep track of them via social media. As a result, the followers made an observation that Liz is undergoing a major transformation. Apparently, she constantly makes posts about working out and healthy changes. Furthermore, the former waitress also put up a picture of her new physique on her Instagram stories.

Hence, the fans concluded she must be doing so to prepare for her special day, i.e., the wedding ceremony. Moreover, the cast member also made the revelation about losing 9 pounds by now, as per ScreenRant. Therefore, her well-wishers were in awe of her and congratulated her for hitting this milestone.

90 Day Fiance: When Is Big Ed Getting Married To Liz? Wedding Date Revealed!

Ever since The Single Life Season 2 captured Big Ed’s proposal for Liz, the internet went into a frenzy. Apparently, it was quite an unexpected turn of events, especially after the couple’s rough relationship. However, they look happier than ever in all their social media posts since then. As a result, viewers have often wondered when both of them are finally saying ‘I do’ to one another. It turns out that their proposal took place in August 2021.

Apparently, rumor mills kicked into high gear when there were details about the 90 Day Fiance couple tying the knot by August 2022. In fact, Big Ed and Liz are allegedly planning a summer wedding. However, there is no proper confirmation about this as the cast members have not yet spoken up openly about the matter. Yet the 29-year-old often takes to Instagram to give a glimpse of her transformation and her bridesmaids. As per the duo’s last interview appearance, they talked of getting married by 2022. Keep checking TV Season & Spoilers for more such 90 Day Fiance updates.