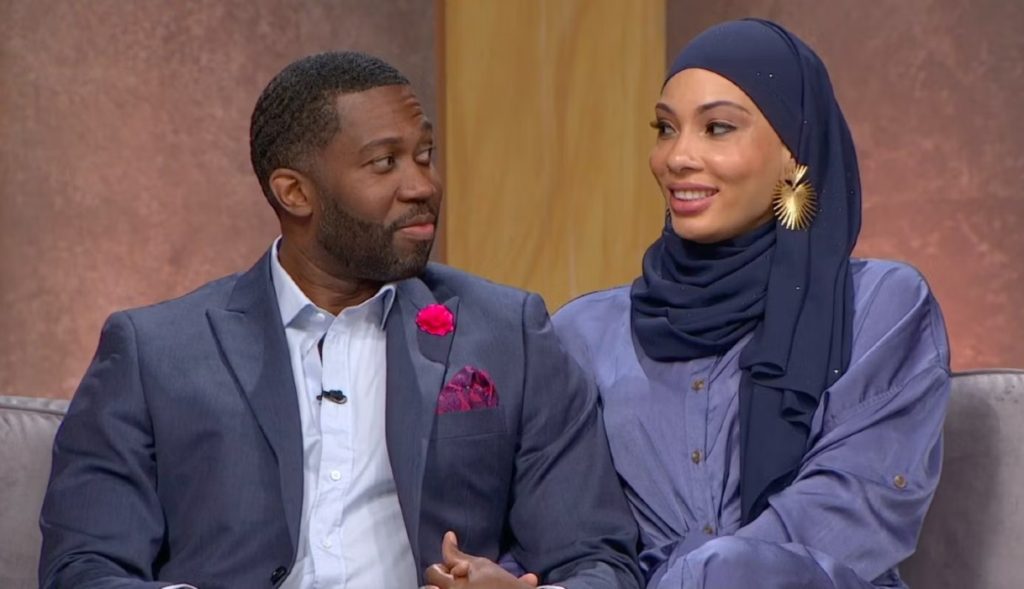 90 Day Fiance: Bilal Finally Ready To Have A Baby With Shaeeda, Leaves Her In Tears

All widely love the 90 Day Fiance star couple Bilal and Shaeeda. Indeed, their storyline had many ups and downs, yet they decided to walk down the aisle. Prior to their marriage, the duo agreed upon an agreement and added clauses by which both have to abide. However, it has been a while since Bilal defied and delayed everything he legally accepted. Not only this, but there have been issues regarding having a baby on time which Bilal was intentionally delaying. Nevertheless, it seems that the celeb is back on track and has agreed to have a baby with his wife. We have all the information you might wish to know, so keep on reading.

90 Day Fiance: Bilal Finally Agrees To Have A Baby With Shaeeda

The 90 Day Fiance couple Shaeeda and Bilal often butted heads when it came to having a baby. Apparently, the Tirnidian native added a clause in their prenup that she wants to have a baby before she turns 40. However, the celeb is already in her late 30s, and there is no clue about the baby. Not only this, but Bilal was delaying it with a vague answer, “If God Wills’. Hence, the TLC star decided that now its time to give an ultimatum. Evidently, Shaeeda gave an ultimatum of 9 months. That is, within this period, if her husband won’t agree to the same, she’ll leave the marriage.

But now it seems that the duo is finally on the same page. Apparently, in the recent Tell All, Bilal went on one knee and proposed to his wife with a baby onesie. Not only this, but the onesie read that “if you think I am cute, then you should have a look at my mommy.” Undoubtedly, Shaeeda became emotional and had tears in her eyes. Finally, after months of struggle, arguments, and rifts, the 90 Day Fiance star’s dream was on the verge of coming true. Hence, when Bilal asks if she wants to have a baby with him and wants to go halfway, the star instantly agrees while having tears of joy.

Indeed, the duo hugged each other while Shaeeda was still in the moment and at the world’s top. Apparently, the Tell All host asked the Trinidadian native if this would alter the timeline she had given to her husband. The celeb replied that she thinks so. Not only this but the 37-year-old further wishes that now, at least, she doesn’t have to wait for a long time to be a mom. Evidently, the Ukrainian beauty Yara Zaya chimed in and added that Shaeeda would be the best mama.

90 Day Fiance: Is Bilal Pampering Shaeeda Because She Is Pregnant?

It has been a while since fans speculate that the 90 Day Fiance star Shaeeda is hiding her baby bump. Lately, the celeb has been spotted wearing dark and loose clothes. Not only this, but in all the clips they posted, the Trinidadian native’s abdomen area was intentionally covered. However, now it seems that Bilal has finally considered his wife’s biological clock and has agreed to try for a baby. Hence, as per the recent video, the audience thinks that maybe the 37-year-old is finally pregnant.

Recently, Shaeeda took to Instagram and shared a clip in which Bilal was pampering her. Apparently, whenever Sween picked up a card, her husband fulfilled her wishes. It went from having a massage to going for a hair treatment and buying shoes. Not only this, but Bilal took to the comment section and added that he loves to spoil his wife, and that is the reason he works so hard. Indeed, the duo is wholesome, and fans love to watch them. Keep coming back to TV Season & Spoilers for all the latest 90 Day Fiance tea.