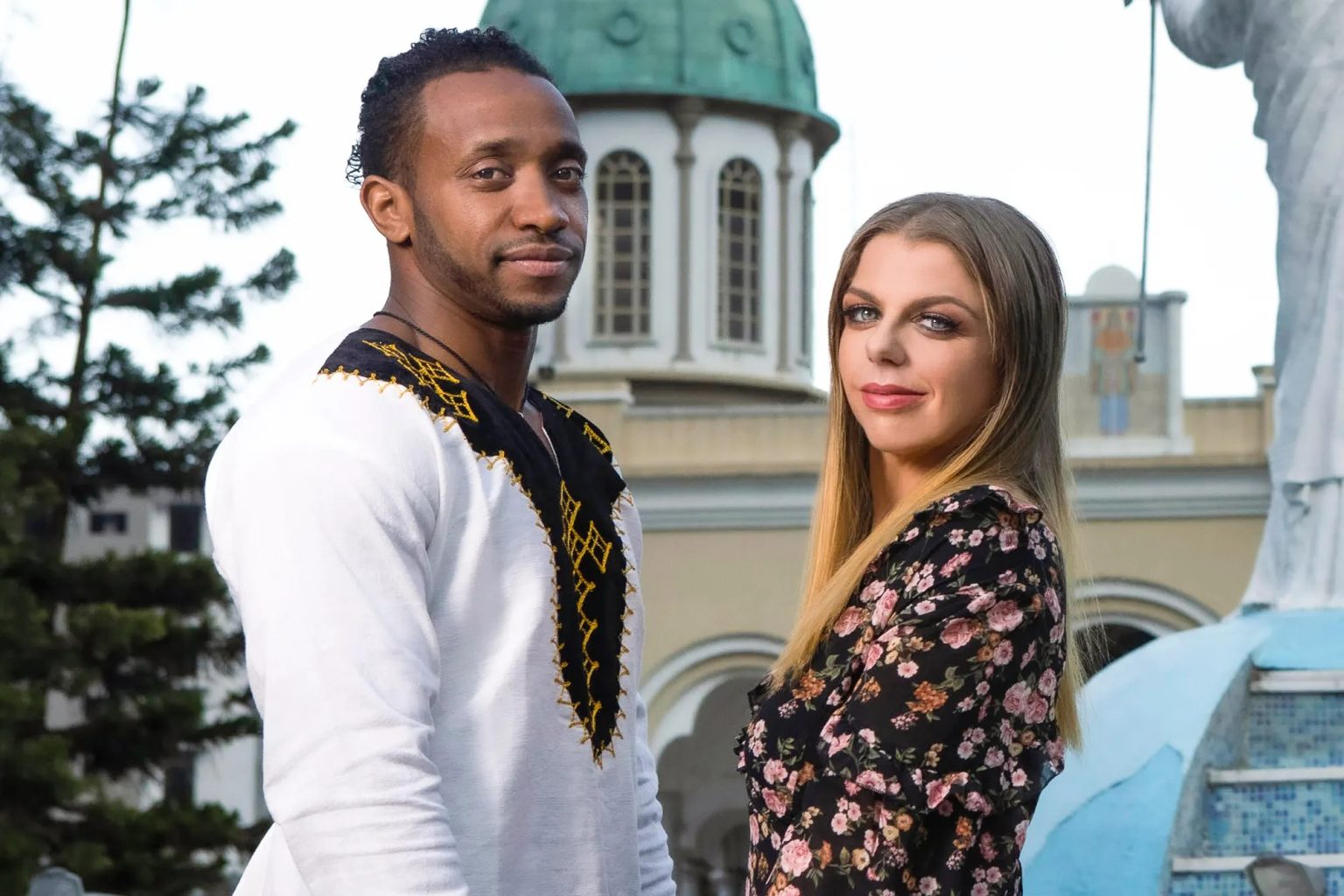 90 Day Fiance witnesses love but also career paths and dreams. Biniyam Shibre and Ariela Weinberg got out of their respective serious relationships only to find each other. The latter had divorced her husband and was traveling the world when she met the former in Ethiopia. The pair started dating, and three months later, they were expecting their son Avi. Biniyam’s career has been a huge place of drama during the show. Well, Ariela has not supported him throughout, probably because his options are inconsistent and keep changing with time. Keep reading to find out about his new career of interest.

While he was in Ethiopia, Biniyam wanted to pursue a career in music. He hoped to move to America to learn and study music. However, things changed after he shifted to States with his wife, Ariela. The 90 Day Fiance fame switched to MMA fighting. As of today, Biniyam is an amateur MMA fighter, but he wishes to ace the game and become better at it. He wants to become a pro Ultimate Fighting Championship (UFC) fighter. People ask Bini if he is a UFC fighter, but he denies saying that he is trying and it’s a dream. He finds UFC very interesting and inhales pride every time he wears its t-shirt because it would be his dream come true.

The 32-year-old is an amateur fighter with a 4-0 record. Additionally, neither of Bini’s fights has ever gone beyond 2nd round. The 90 Day Fiance star’s last game was also very impressive and he ended the fight with a Jorge Masvidal style, made a perfect kick. In fact, Biniyam knocked out his partner in just seconds. Shibre’s ultimate goal is Dana White’s promotion to the President of UFC. Further, he stated that playing the sport is neither about his money nor his dream; it’s his goal and love for it. TMZSports

spoke to the 90 Day Fiance star about the exposure of fighting in his home country.

He proudly stated that his country, Africa has a lot of undiscovered talent for the sport. Some of the world’s best fighters come from Africa: Kamaru Usman, Francis Ngannou, and Israel Adesanya. He is also a dancer, but in 90 Day Fiance: The Other Way season, Shibre switched his career from music to MMA. Although his wife, Ariela, has always had reservations about his changing career choices. Well, Biniyam excitedly looked at his new career option. Ariela was always worried if that would work. She has been of the mindset that hobbies do not always pay bills.

Nobody can deny that it can be hard for MMA fighters to earn money initially. However, the 90 Day Fiance star’s mother-in-law has stood by him throughout his fights. She shares her luck with her son-in-law, who reciprocates it on his Instagram. While Biniyam is more on trial and error and relaxed, his partner, Ariela, is more practical. Fortunately for the couple, Biniyam has started considering other sources of reliable income. A few users on Reddit discussed Ariela’s Instagram story.

In the story, Shibre can be seen dancing while hairdressing Ariela. The MMA fighter has also been seen coloring Janice’s hair and braiding his wife’s hair. Fans think Biniyam Shibre is a talented hairdresser, and it could be a potential career option. Should he continue pursuing his dream or choose another reliable source of income? Tell us what you think in the comments below. For more exciting news updates, stay tuned to TV Season & Spoilers.