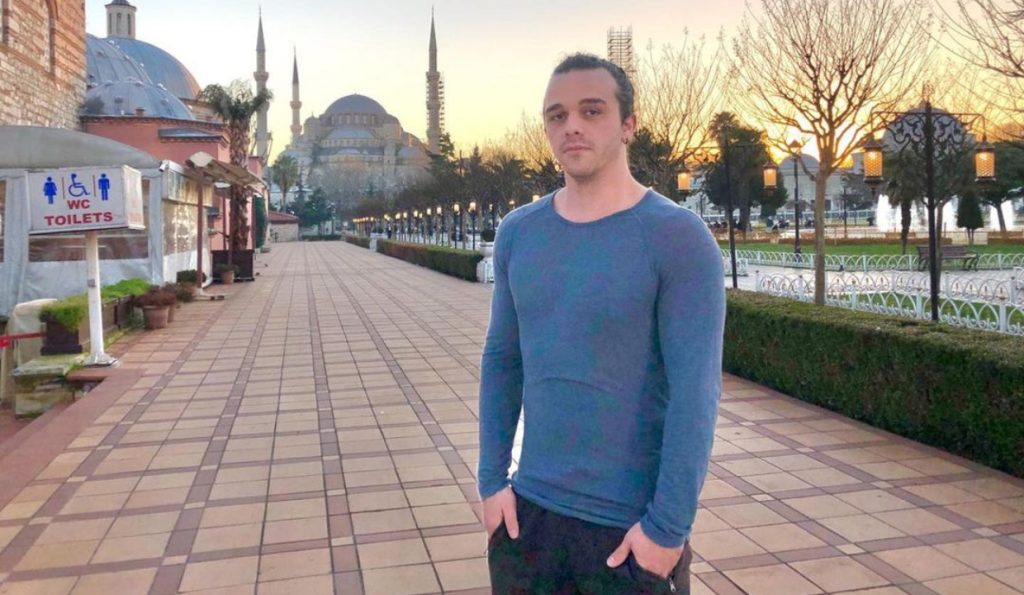 Caleb and Alina were a new couple who became part of the 90 Day Fiance: Before The 90 Days spin-off. However, their journey on the reality show wasn’t for long. That’s because the Russian celebrity’s dark past came into the limelight right after her TV debut. Apparently, she was in trouble for her insensitive and multiple racist posts toward different communities. Along with her, her partner Caleb Greenwood had to be let go by the network after the scandal. Well, it seems like he is back on one of the spin-offs! So did TLC not fire him after all?

Caleb Greenwood and Alina Kasha’s appearance on 90 Day Fiance started off well. Although they had some differences, things were going for the both of them. However, things played out differently off cameras. That’s because a 90 Day Fiance fan ended up digging some old posts from Kasha, which were unbelievably racist. At last, more posts came into the limelight, revealing that it had been a pattern. Therefore, TLC couldn’t help but fire her off the series. With this, her partner, Caleb’s time on the show was also cut short.

Well, it looks like he wasn’t completely let go of the franchise. That’s because the new trailer for 90 Day Diaries had Caleb. In fact, he was lifting some weights in his gym with a fine woman. Hence, viewers were happy to see that he was hanging out with new people and had finally moved on. At last, some also agreed that it wasn’t for the network to cut both Alina and Caleb from the show

since the latter didn’t do anything wrong. As a result, they are quite excited to know more about his life through his appearance in the new spin-off!

As TLC fired Alina Kasha from the show, viewers were eager to know how her ex Boyfriend, i.e., Caleb Greenwood, was feeling about all this. Although he stopped appearing on 90 Day Fiance: Before The 90 Days alongside her, they liked his persona. At last, he went in for an interview to share his perspective on his ex-lover’s troublesome history. Apparently, the man started off by stating that she made the post “a while ago”. Moreover, he never saw “that side” of Alina when they got to hang out in person for the first time while filming the show.

At last, he supported his ex, now a good friend, Alina, by stating she is all for “equality”. That’s because she was born with a disability herself. For the unversed, Alina Kasha suffers from Diastrophic dysplasia. Hence, as per Caleb, she was “generous” and “loving” towards anything and everyone. Well, despite his statements, the TLC fanbase continues to disassociate with Alina. However, they are quite happy to see Caleb back on the show. Keep checking TV Season & Spoilers for more 90 Day Fiance news updates.