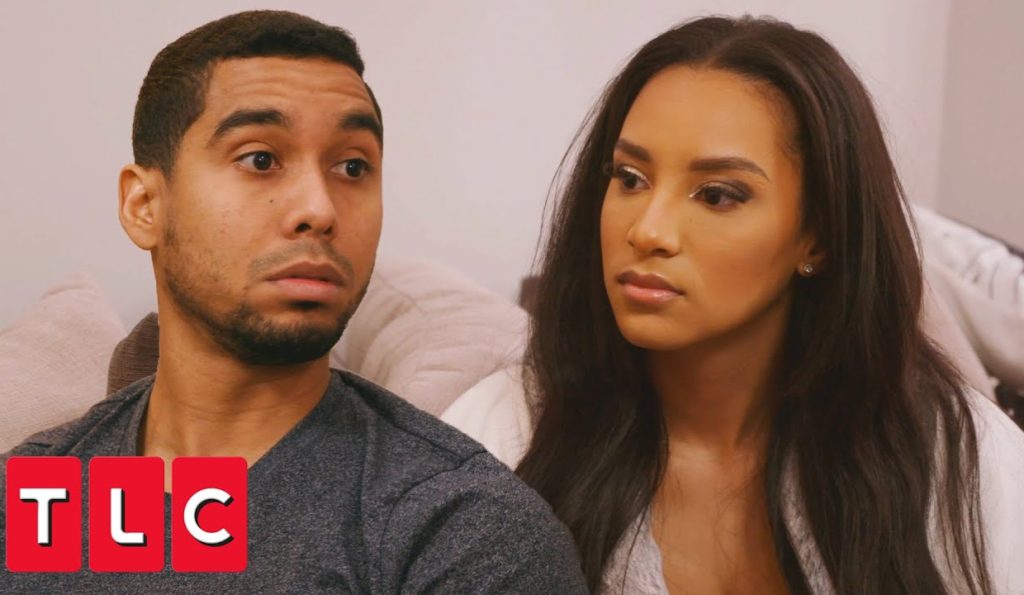 Trigger Warning: Mention of Domestic Abuse
If you or anyone in your knowledge has been in a similar circumstance, then please reach out to:
National Domestic Violence Hotline: https://www.thehotline.org/, 1–800-799-SAFE (7233)

Chantel and Pedro’s story on 90 Day Fiance was like no other. Although they were the main cast members of the show, their family members also got equal limelight. In fact, all their journeys were so entertaining that TLC roped them in for a separate spin-off, i.e., The Family Chantel. After having a successful run for three seasons, viewers began to see the cracks in their marriage in the new installment. Soon, the news about the couple’s divorce took over the internet. Shockingly, further details state that Chantel Everett has accused her ex of physical violence. Keep reading more for all the details.

Pedro and Chantel shared their sweet love story during their time on 90 Day Fiance. Despite all the obstacles from their family, they made it through and tied the knot. However, things are quite different in the latest season of The Famil Chantel. That’s because viewers are getting to see their deteriorating relationship in it. As per the latest details, Chantel and Pedro filed for a divorce back on May 27, 2022. In fact, they did so after living separately for a month. With this also came a restraining order. However, the reason behind their legal separation was not clear.

As per, BusinessInsider, court documents for the divorce reveal that Chantel Everett has claimed “domestic violence”, “adultery,” and “mental pain” as the reasons behind their legal separation. Moreover, both Chantel and Pedro have a restraining order against each other. Apparently, it will cease to exist until their final divorce proceedings, i.e., October 28, 2022. Although the fanbase had a feeling the couple was separating, everything has become clear now. Despite so many revelations, neither TLC nor the 90 Day FIance fiance couple has reacted to these updates.

Apart from the divorce proceedings taking place between Pedro and Chantel, other financial issues are trailing behind them too. As per more details, Pedro Jimeno has accused Chantel of transferring $257K from their joint account to a separate account. In fact, this incident took place some days before the filing of divorce papers. As a result, the Dominican Republic man also filed for an emergency motion. Moreover, viewers are also getting to see a disconnect between the couple through their show The Family Chantel.

Apparently, the new episodes reveal that things have not been okay between Pedro and Chantel for a very long time. It all began when they moved into a new house, and the foreigner started a new job in the real estate industry. As the footage of the show is almost a year old, 90 Day Fiance fans can tell that their problems have excited for a long time. In fact, they also stopped posting pictures with one another on their social media a long time ago. Keep track of all the latest 90 Day Fiance updates only through TV Season & Spoilers.