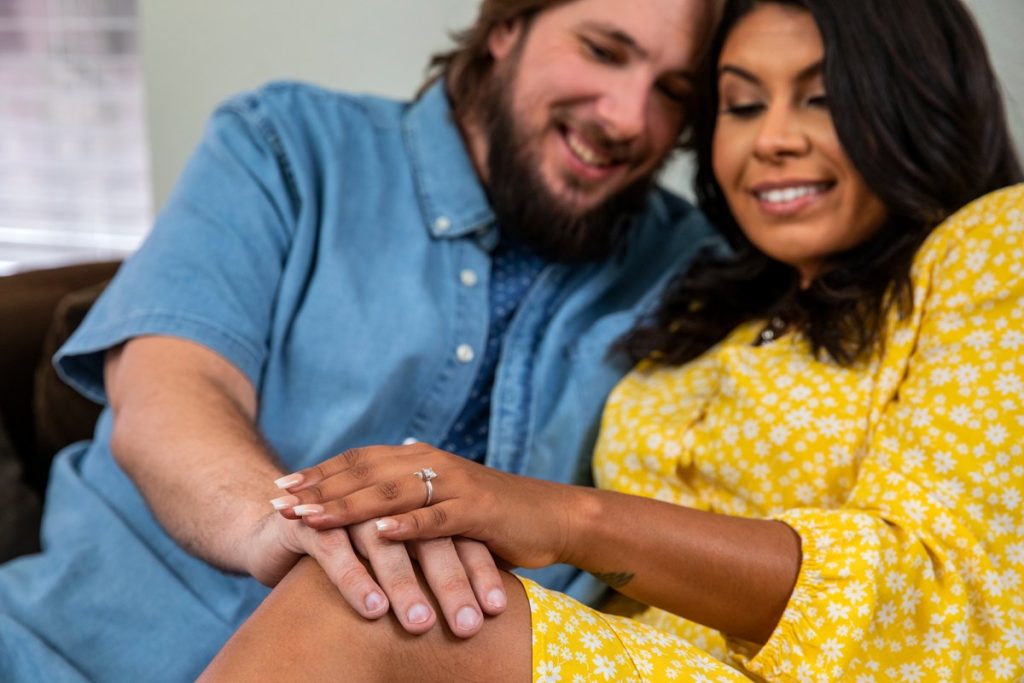 90 Day Fiance: Colt & Vanessa Moving Away As They Fix Issues In Marriage!

Colt Johnson and Vanessa Guerra made a significant impact on the audience after starring in the 90 Day Fiance The Single Life spin-off. Initially, they were keeping things casual, but sparks flew between the two. At last, they had a secret wedding and have been together for two years now. Apart from this, they are also ready for major changes in their lives. Vanessa hinted about the same after mentioning how the couple doesn’t want to stay in Las Vegas for the rest of their lives. So, where is this duo headed now? Well, keep reading to follow up on what they had to say!

90 Day Fiance: Colt & Vanessa Want To Leave Las Vegas! Why Are They Moving?

When Colt and Vanessa decided to spend the rest of their lives together, the former’s mother, Debbie Johnson, became the third wheel. That’s because they were all living in Colt’s house. This also created problems between the couple, and they separated briefly after a year of togetherness. But the 90 Day Fiance couple was lucky to have sorted out their differences, and Colt moved in with Vanessa. At last, the couple still wasn’t happy with their living situation. Hence, they moved to Reno, Nevada. Well, it looks like that place isn’t the stars’ forever home, either. So, Vanessa took to her Instagram to share a major update about the couple. It looks like they have their heart set on leaving Nevada.

Vanessa mentioned on her Instagram handle that she and Colt are about to make a major change in their lives. Apparently, their lease for the Reno house is up “in a few months”. Hence, the couple has decided to move to a new state. While Vanessa wasn’t sure where the couple is headed, she revealed that their next house is either going to be in “Texas or Florida”. Apparently, their move to Reno was more of a “short term” venture. Hence, they are ready to leave Nevada. Apart from Colt, his mother, Debbie, is also going to leave or has already left Las Vegas.

That’s because the 90 Day Fiance: The Single Life cast member found love in Tony, a resident of Canada. Hence, both of them have made up their mind about spending the rest of their lives in the new country. All in all, everyone in the Johnston family seems to welcoming a new change and turning over a new leaf.

90 Day Fiance: Colt Unmoved As Debbie Johnson Bawls Her Eyes Out During The Tell All!

Colt and Debbie Johnson had a massive fight in the latest Single Life episodes. There was a segment where the mother-son duo met each other. While Debbie emphasized that she misses her son and “needs him” in the same way he does, he got mad. The 90 Day Fiance star Colt Johnson angrily walked away while hurling abuses at his mother while saying she treats him like a “second class citizen”. He also vowed never to come back to his mom’s house again. The host, Shaun Robinson, played this segment during the new Tell All episode. As per a promo by ET, Debbie began crying after witnessing the intense fight again.

Apparently, Colt Johnson continued to stay unmoved by this reaction. He had the audacity to say that his mother was “faking it”. All the Tell All stars were in shock after seeing such a vile reaction. In fact, Caesar also told the Las Vegas native to “have some respect” and “speak nicely” to his mother. A lot of fans were also upset at Colt Johnson’s rude behavior. They found it ironic that he always wanted his mother to stay out of his relationships. However, when Debbie is finally happy with a new man, he is the one being fussy about it. Do you think Debbie and Colt will ever reconcile in the future? Tell us in the comments below! Until then, TV Season & Spoilers has the latest 90 Day Fiance updates! So, stay tuned.