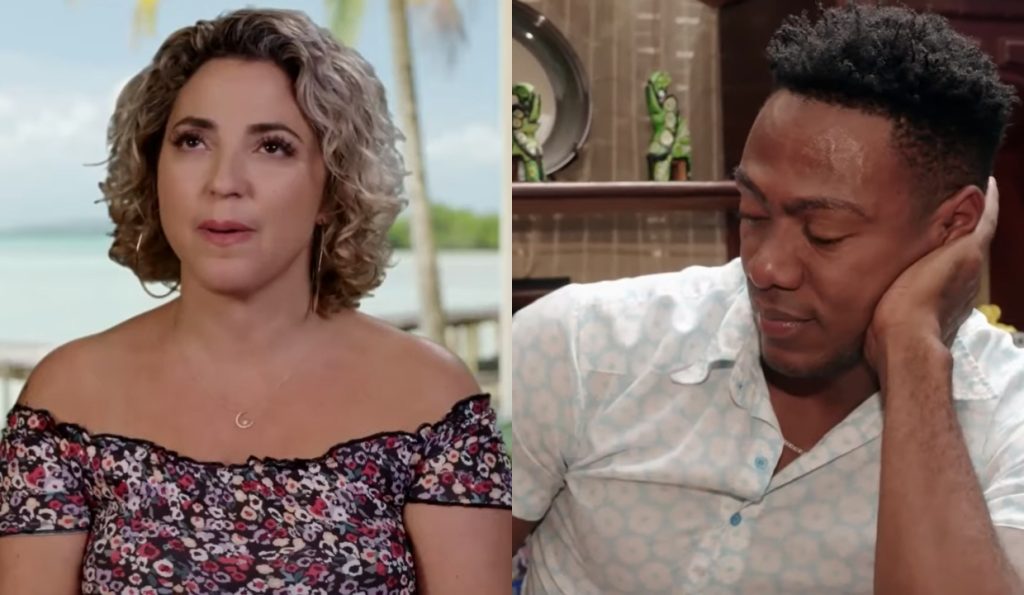 90 Day Fiance: Daniele Is In A Love & Hate Relationship With Husband Yohan!

Daniele Gates and Yohan Geronimo debuted on 90 Day Fiance: Love in Paradise. Also, the American native claims that she and her husband fell in love at first site. Therefore, after some time, Yohan proposed to her still they were in a long-distance relationship. This is because the 6″7′ fitness instructor lives in the Dominican Republic. Later on, they married each other in 2021. Still, their communication differences continued. Daniele uses her social media to rant about her relationship sometimes. But, recently, she took a stand for her husband. Tune in to know what exactly happened.

Daniele and Yohan’s love story and the first meeting were similar to a classic rom-com plot. They shared their first glance in the lobby of Daniele’s hotel room. It was love at first sight between the 90 Day Fiance couple. The mother of an adult son found Yohan to be the most handsome man. Despite the fact that the Dominican Republic man is ten years younger than Daniele, they decided to get together a month after they met for the first time. Since they had a long-distance relationship, the couple faced communication differences. However, they chose to stay together and married each other in November 2021. Now they live together, but they still fight a lot. As per Screenrant, in an Instagram story, Daniele wrote a long paragraph praising her husband.

Daniele mentioned in the story that she was angry with her husband. Therefore, she didn’t want to “give him his flowers”. The 90 Day Fiance celeb shared a photo of Yohan in his red and white strips pajamas infront of the Christmas tree. The mother of one mentioned that she is grateful because she and her husband are back into their “love bubble.” Well, they reached this stage after many fights with one another. In the later paragraph, Daniele admitted she gets so mad when “people” drag her husband into speculation of marrying her just for a Green Card. The celebrity told her followers that she is hard to live with and that anyone would do it only if they loved her. “Not for a gold brick, ” confessed Daniele while further claiming that a green card is easy.

90 Day Fiance: The Other Way Season 4 Is Coming Soon! Know The Cast Members

The 90 Day Fiance reality TV show debuted several iconic couples throughout its spin-offs. But the Other Way couples have come with unique storylines in the last three seasons. Some are so well-liked that they have multiple seasons and moved on to different spin-offs. Fans want to be in the loop about what’s going on with cast members like Deavan Clegg, Jihoon Lee, Brittany Banks, and Yazan Abu Horira. The audience is now eager to meet new castmates. Well, their wait is over, as The Other Way Season 4 will bring new pairs who are madly in love. One pair, however, has already appeared in Season 2 of Love In Paradise: The Caribbean.

Daniele Gates and Yohan Geronimo met and fell in love in the former show. In fact, TLC documented their story on 90 Day Fiance: Love in Paradise. In Season 4 of The Other Way, Daniele and Yohan will be part of the franchise again. Fans are excited as they have not seen Daniele and Yohan for a long time. Other than them, Kris and Jeymi, a same-sex couple, will also appear on the show. There will be more such unique pairs with interesting storylines that will make this new season a lot more interesting and happening. Fans are eagerly waiting for this new season so that they can learn about different cultures within the comfort of their home. For more exciting reality TV news updates, keep checking TV Season & Spoilers.