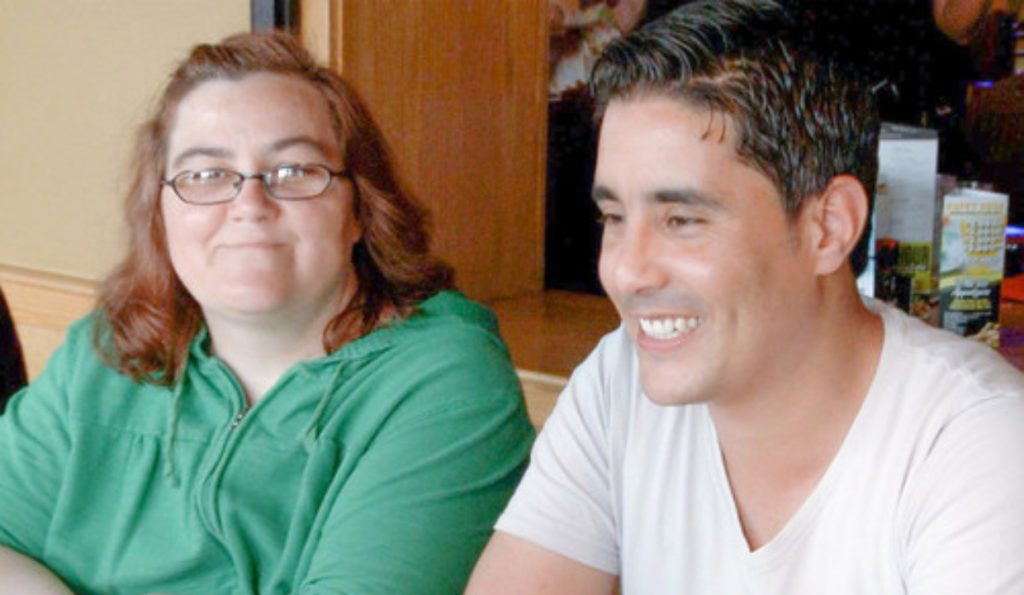 Danielle and Mohamed were among the earliest couples to appear on 90 Day Fiance. Although it’s been several years since their TV debut, they still remain memorable. That’s because their relationship was very dramatic and full of deceit from both ends. However, a recent post on Danielle’s Instagram handle has made the audience turn heads again. So, is the ex-couple getting back together? Have they sorted their past differences out? Keep reading to know all the answers!

Danielle and Mohamed began their journey on 90 Day Fiance when the latter came from Tunisia to meet his love. Apparently, they got to know each other for the first time online through a group chat. Despite this, they had a lot of things they couldn’t see eye-to-eye on, especially cultural differences. Apparently, Mohamed refused to get intimate with the American woman multiple times. Moreover, he also lied to her about his employment status. On the other hand, Danielle had a criminal history too. Despite this, they ended up marrying one another. However, they also opted for a divorce after a while.

Well, it seems like the 90 Day Fiance couple is back together. Well, not romantically but in person. Apparently, Danielle Mullins took to her social media to reveal her ex came to meet her, and they hung out. While talking about this matter, the 41-year-old made sure to focus on their “friendship”. Hence, they definitely aren’t getting back together, and their meeting was platonic. Moreover, they were glad about getting to be in touch with one another and maintain a decent bond.

Mohamed Jbali was not a fan favorite on 90 Day Fiance. In fact, viewers saw through his act quite quickly during the show. Hence, they began claiming he wanted to settle in America and not be in a relationship with Danielle. Although both of them ended up marrying, their relationship came to an end quite soon. As the American woman moved on and even starred in The Single Life Season 1. More so, she even went on dates and met new people with a possibility of a future with them. Meanwhile, Mohamed began focusing on himself and began to explore career options, and got a truck. In fact, he also became part of the spin-off where viewers got to see their platonic relationship.

Well, it looks like the foreigner is ready for love again. That’s because some 90 Day Fiance fans saw Mohamed’s profile on a dating app. As per the page @truecrime_jankie, he made a profile showing off his truck, talking about his love for pictures and videography. However, Mohamed is presumably keeping things down low. That’s because he has not yet shed light on his dating life. Therefore, there is no information about someone new in Jbali’s life. Keep checking TV Season & Spoilers for more 90 Day Fiance news updates.