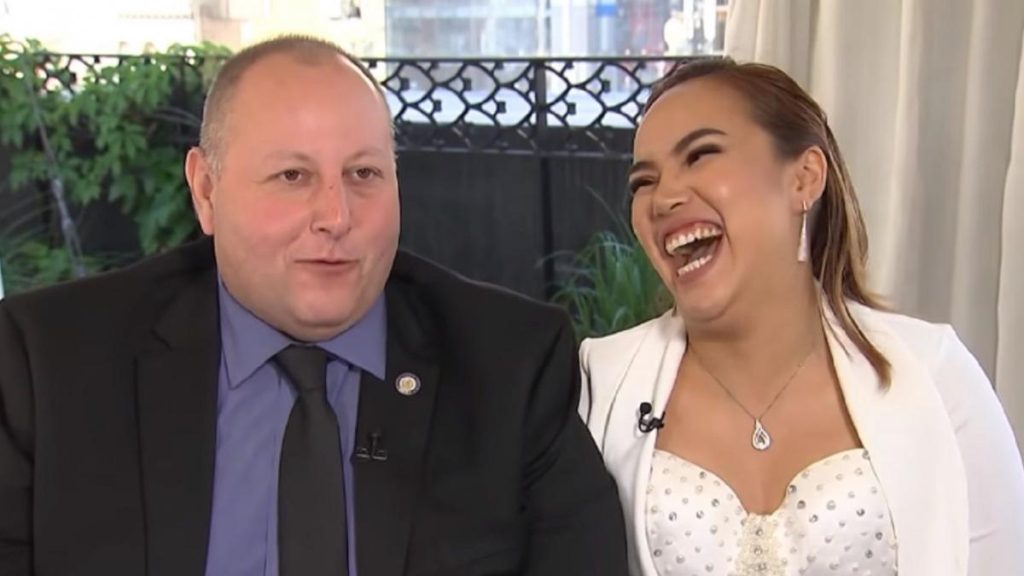 Rejoice fans! Your favorite couple David & Annie Toborowsky, are ready to return in 90 Day Fiance new spinoff called After The 90 Days. Well, the couple has been known for their simplicity and chilling nature. But the veterans won’t be alone this time as another couple, Loren & Alexei, will join them as well in the upcoming spinoffs. However, it looks like the couple would have some challenging time amid their visit to Thailand. Further, adopting kids won’t be that easy for them as they think. So let’s see what the couple is up to in the upcoming spinoff.

90 Day Fiance: David & Annie Set For Their New Spinoff “After The 90 Days”

TLC recently announced two new 90 Day Fiance spinoffs starring David & Annie and Loren & Alexei. As per the network head, fans enjoy watching these couples tackling everyday life with all heart and humor. Thus, bringing their stories back to the screen came out as the biggest surprise ever. Further, the network has recently dropped the first look of David & Annie: After The 90 Days that focuses on their new struggle. It opens up with the couple moving to a village in Thailand where Annie used to live. At first, the couple mocked about bringing too much luggage with them.

But shortly after Annie dropped, they had big news for the viewers. Later on, David revealed that they were about to bring two of her relatives to live with them. TV Season & Spoilers points out that the couple echoed that when they return, they will be plus two. Well, to fans’ surprise, Annie has decided to bring her younger brother, Jordan, 14, and a cousin Amber, 16, with them to America. However, things seemed a bit weirder for David when he was asked to pick four turkeys.

He slyly said, “I’m from New Jersey and we don’t do this,” just before leaving for a spiritual ceremony. But things didn’t go as they planned. Well, as he mentioned, they were supposed to have a temple blessing. But Jordan went missing. Thus, everyone started a quick search mission to find him. Shortly after finding him, she asked her younger brother, “what’s wrong with” him. Annie asks him

, “do you want to go to America? You don’t want this opportunity I’m giving you.” That leads her to break down crying as she had enough now. Will her brother ever understand her case? Let’s wait till the show begins airing.

TLC Streaming and Network Originals President Howard Lee recently revealed that they are bringing two new spinoffs back to back, in a press release. One will focus on David & Annie and their struggle while adopting kids. The other one features Loren & Alexei struggle during their second pregnancy. Well, the network has recently dropped Loren & Alexei’s clip too. That delves deeper into the world full of chaos. Loren’s having some complications in her second pregnancy. The doctor also revealed that she might have a premature baby.

On the other hand, Alexei flies back to Israel to spend some of his time alone, enjoying others’ company and away from the family. That later caught his father-in-law’s attention. TV Season & Spoilers reports that it further led to an intense conflict between them. Meanwhile, Loren stated that he had to do diaper duty for a week whenever he returned. Above all, David & Annie: After The 90 Days will air on January 10, at 9 pm ET. Whereas, Loren & Alexei: After The 90 Days at 9.30 pm.