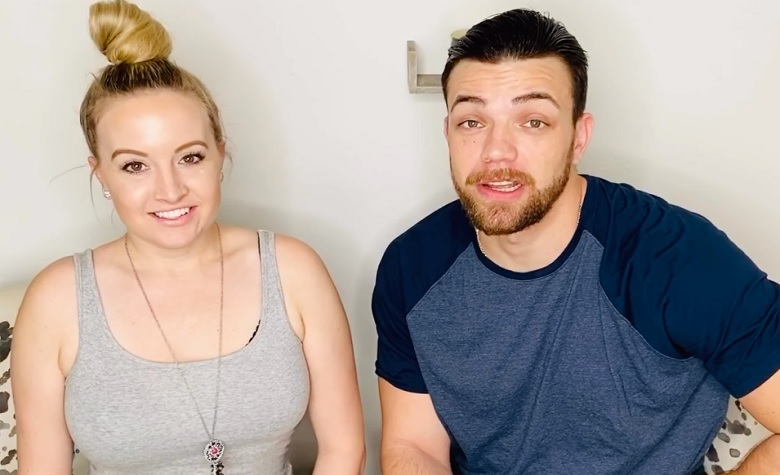 Celebrations are in order for 90 Day Fiance stars Elizabeth and Andrei. They made their TV debut with the 5th season of the reality show. Although they underwent many ups and downs and lots of family drama, love triumphed at the end. Now they are ready to welcome another major change in their life. That’s because the parents announced their second pregnancy. Keep reading to find out more details!

Elizabeth and Andrei’s love story became a part of 90 Day Fiance. Although the couple was on the same page, the former’s family had a lot of doubts about the Moldovian man’s intentions. Later on, they faced more trouble when the famous husband couldn’t find a job and had to rely on his wife’s family for financial support. However, all seems to be well between them. Hence, the couple was ready to welcome a new change.

It turns out the American woman took to her social media to make a heartfelt announcement. TV Season & Spoilers reports that she revealed being pregnant again. It seems like this is going to be the family’s second child. In fact, her post said that all the members are excited for “baby Castravet #2”. Moreover, their first daughter Ellie is also “ecstatic” and looking forward to helping her mom through this journey. Similarly, the Moldova native also announced the news on his social media while saying their daughter is getting promoted to be a “big sister”.

The famous family also shared a picture along with the news. Apparently, all three of them were at the beach while Ellie was in Andrei’s arms. Meanwhile, he gently put his hand on his partner’s pregnant belly. So far, the couple has not yet revealed the due date of their secondborn. Hence, they might do so in the upcoming updates.

90 Day Fiance: Andrei & Elizabeth Return To Show, Will Feature Their Move Into The Dream House

All die-hard 90 Day Fiance fans who follow the couple on social media must know that they moved into a house of their own last year. In fact, the couple had been upfront about this while sharing various videos of their moving in on Instagram. Apparently, they didn’t buy the property and built it from scratch. In fact, it is evident through their clips on social media that featured a half-constructed house many times until they revealed the finished product.

Looks like the famous couple is making a return to the 90 Day Fiance franchise through the spin-off ’90 Day Diaries’. As per the trailer of the series, they will get up close and personal about their big move into their dream house and what went on to construct it from scratch. Hence, the viewers are excited to get a glimpse of their journey of moving in and settling into their roles as parents to baby Eleanor. Keep checking TV Season & Spoilers for more 90 Day Fiance news.