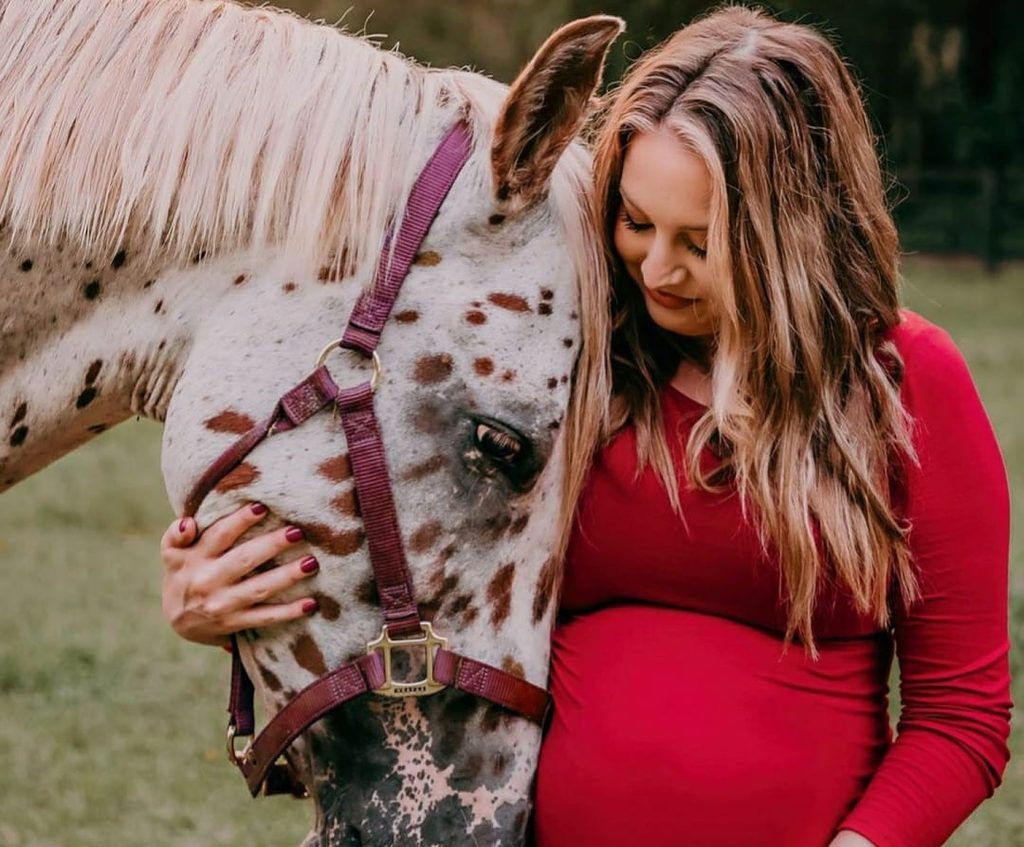 The reality television star Elizabeth Potthast and Andrei Castravet were madly in love when they appeared on 90 Day Fiance. However, love without drama is certainly not possible in the popular show. In their case, the major issue was Elizabeth’s family. Her father was not happy with her for dating a foreigner. And thus, he always tried to convince her to leave him. Despite receiving major backlash from her family, Elizabeth tied the nuptial knot with Andrei and is happily married now. The couple was blessed with a baby girl, and now a second baby is on the way. Libby is 36 weeks pregnant. The reality television star is active on social media and enjoys a fabulous fan base. She often shares her pregnancy pictures on her account. Recently, the American native shared an album of beautiful pictures on Instagram, flaunting her budding baby bump. Keep reading to know the details.

The 90 Day Fiance star continues to endure challenges in her life. She debuted on the reality television show in a very initial season. Viewers had observed that her family was always against her relationship with Andrei. Battling everything, she is now appearing on the ongoing season of Happily Ever After. The show features her initial days of a second pregnancy, where she struggled to decide on her career. The TLC star is interested in music and wants to pursue her career in it. Meanwhile, in real time, she is busy embracing motherhood. Elizabeth is full months pregnant now

and can give birth any time soon.

Recently, the mother shared stunning pictures with her 834k followers on Instagram. She was wearing a tight-fitted brown full-sleeve gown that showed her motherly body. In the filmy background, Elizabeth, her husband, and her daughter were posing with a brown and white horse. In the slew of nine pictures, the family of three was seen enjoying their time in a field. Libby captioned the post, ‘Because one maternity shoot isn’t enough.”

Last month, on August 14, the reality television star Elizabeth shared an album of six pictures on her social media account, flaunting her baby bump. It was also a filmy photoshoot in which the Castravet family posed in matching blue shade dresses. Libby wore a fully covered turquoise gown

. She was seen in a fairy tale feathered gown that looked like a Disney princess. Her husband held their daughter in match-torn jeans. Fans could see their excitement for their second baby.

They praised her in the comment section. Moreover, Elizabeth has recently organized a baby shower to seek blessings from her loved ones. She later posted the pictures on her account, thanking her friends and fans for their blessings. However, fans were dishearted to see that no one from Libby’s family attended the function. At the same time, Andrei’s mom traveled to America to meet them.