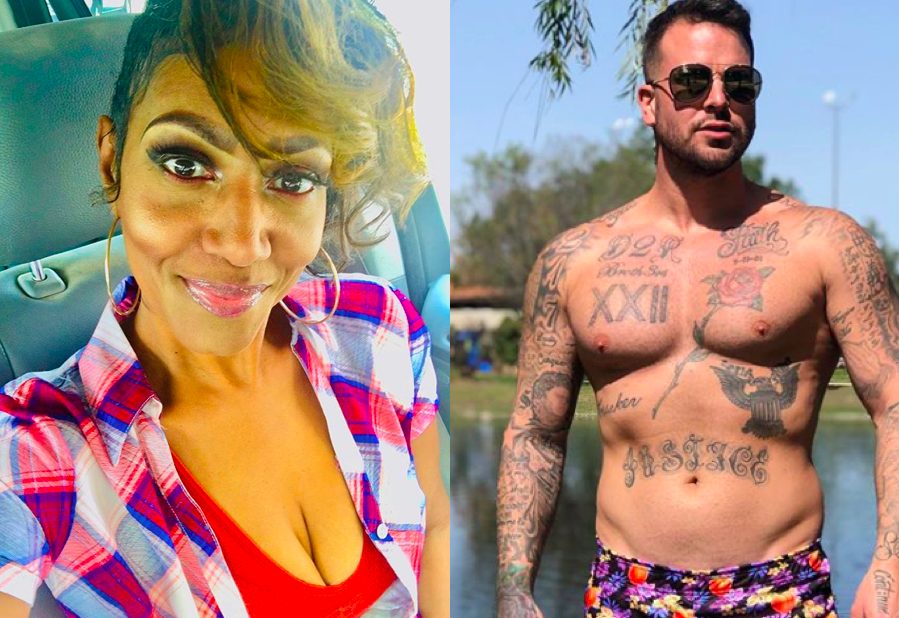 A 90 Day Fiance fan and insider sent TV Season & Spoilers a leaked video recording in which Josh admitted that he cheated on Yolanda. He was talking to the mother of his son and it sounded like they were fighting. The source also claimed that he has a secret child. Let’s take a look.

“I don’t know what the problem is with you! I’m still taking care of our son, I still hook up with you even though I’m engaged to Yolanda. You literally have issues. It doesn’t matter what I do. You’re still gonna be mad at me.”

Even though his face wasn’t visible in the video, it looked like someone recorded him from the back.However, his tattoos surely confirms his identity. Considering that these are the exact words out of his mouth, it’s pretty clear that he was cheating on Yolanda. The fact that he stated that he was taking care of ‘their’ child means that the woman was the mother of his son.

While we understand who Josh was talking to in the video, he might have been on the phone. Although we didn’t spot any earphones for a handset. But of course, there is a chance that the phone could have been on speaker. Or maybe the woman he was talking to was in close proximity, enough so that she could hear him!

According to Sharrell’s World, he was also hitting on Amira from 90 Day Fiance season 8. Stephanie also posted a screenshot of Josh’s text. He dropped into her DM and said that he thought she was absolutely gorgeous. Adding to his flirtations, he said that they both got laser removal of their 90 Day exes. He also slid into Martson’s inbox and the women communicated. Steph ended up calling him out for trying to start things off with multiple women at the same time.

Of course, she wasn’t in the mood to take any unsolicited advances. Moreover, the 90 Day Fiance: Before the 90 Days star Stephanie made it clear that she is team Yolanda. She also advised him not to slide into the DMs of multiple cast members at the same time and pointed out that girls talk! Secondly, she didn’t want to do anything with the show or Josh.

What do you think Josh is trying to pull off here? Is this another attempt at trying to stay relevant? After all, he is targeting reality TV stars and making conversation with them. The screenshots speak for themselves and it’s clear that he’s probably looking for a connection from the 90 Day Fiance world. Let us know in the comments below.