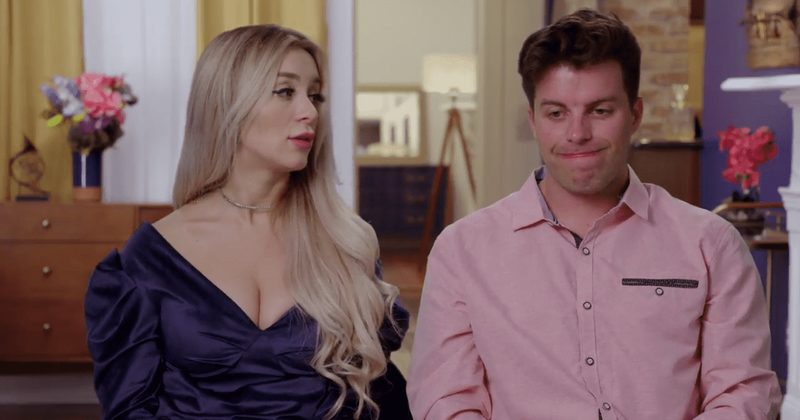 90 Day Fiance: Fans Criticize Jovi & His Parents For Leaving Yara Home Alone and Locking Up Everything

Yara is new to America and is still adjusting to the change in lifestyle. On top of that, the way his parents treat Yara is appalling. Just the other day, his mom was generalizing all Ukrainian women and implied that they all want to come to America through a man. While Yara put them in place about spewing the outdated stereotype, the unfair treatment didn’t stop there.

It turned out that Jovi’s mum and dad left with him for getting decorations for the engagement party. They left Yara alone in their house which didn’t go well with fans. They pointed out that the Ukrainian fashion star is unfamiliar with their house. Considering that she is pregnant, they shouldn’t have left her all by herself at a strange place, as reported by SoapDirt. Let us take a detailed look at this.

90 Day Fiance: Jovi’s Parents Were Worried About Yara Stealing From Them Instead Of Her Health

The couple made matters worse by joking about Yara stealing stuff from their house while the family was away. But later they stated that they locked up all their belongings and that’s not a possibility. As appalling it was, the family didn’t feel like they had anything to worry about.

Yara has only been to that house twice. That’s the reason why fans believe that Jovi shouldn’t have left her without any company. But some others pointed out that Jovi’s parents being away from Yara could be a good thing for her. They thought that she wouldn’t really appreciate being bothered by them and maybe stayed back to take a nap.

One thing is for sure, their remark about her stealing from them annoyed fans. The audience has already been angry with Jovi and his family

for the way they treated the Ukrainian reality TV star. Even when they wondered about whether it was safe to leave her in the house all by herself, they were worried about their belongings, not about Yara. They even stated that Yara wouldn’t be able to go anywhere as she won’t be able to find the car keys and doesn’t have a license.

Fans on Reddit accuse them of building a fantasy and stroking their egos by thinking that she is going to steal from them. They even mocked the couple’s taste in jewelry and stated that it won’t be worth stealing. Another critic stated that Jovi should have told his parents to shut up instead of joining the conversation.

While the family was at Jovi’s friends’ house, they started talking about his and Yara’s relationship. The boys kept on guessing how long the couple would stay married. One pointed out that the Ukrainian reality TV star would leave just after a month of getting the green card. Fans thought it was wrong for his group to be making fun of Yara.

Let us know what you think the fate of Yara and Jovi’s relationship is going to be.