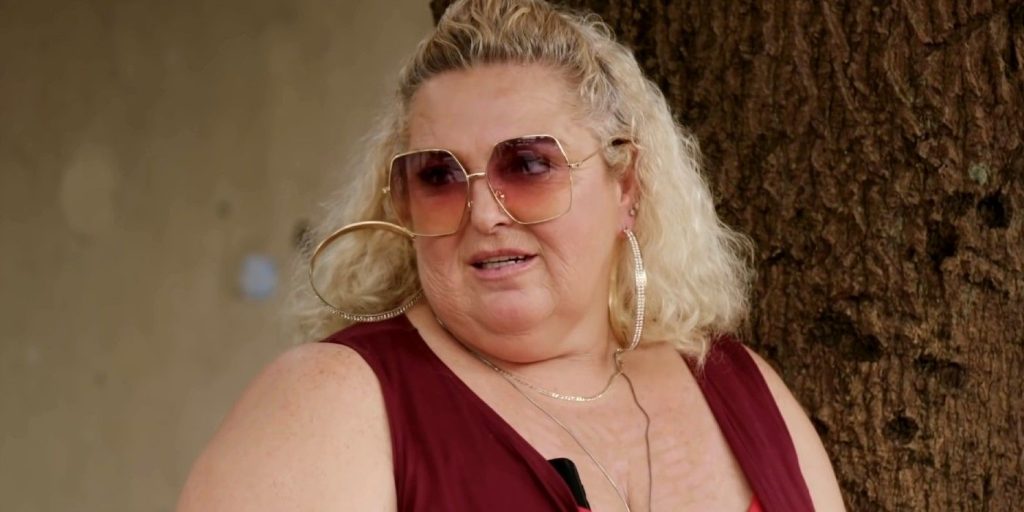 90 Day Fiance: Fans Slam Angela Deem For Selling Her Soul To Get Fame And Money In Return

Fans are aware that 90 Day Fiance star Angela Deem has transformed her look with lots of beauty enhancements. Now, the star looks younger and slimmer. However, a few fans still think that Angela has not been able to suppress her growing age. And now fans are heavily criticizing Angela for selling her soul for the sake of money. Scroll on to know the slams in detail.

90 Day Fiance: Fans Feel Angela Sold Her Soul For The Sake Of Money

Angela Deem recently uploaded a boomerang and a broad smiling photo on her Instagram handle. She is seen wearing a pink top and golden jewelry. And even though Angela has had so many beauty enhancements, she still had a lot of wrinkles on her face. A fan pointed out this in the comment section as, “She lost weight and lost her mind also.” Another wrote, “Oh God. Please don’t turn into darcey duck lips.” Fans have always been critical of Angela. First, they didn’t like her because of the way she treated Michael. And, now, fans think that Angela runs only behind money.

A fan slammed Angela saying, “I know the show is highly scripted, and Michael is probably already here.” The troller further added, “This is all for money and entertainment, but a part of me feels like ya selling your sold for money.” Angela is portrayed in a way that satisfies the audience’s hunger. However, fans think that the star has gained numerous amounts of hate because of the show.

And, it’s something which she can not get off so easily. She will even have to carry the weight of hate throughout her life. Indeed, Angela has downplayed a big part of her life only because of the show and the earned money from it. Fans further wrote, “people you might need in the future will judge you guys based on how this show portrayed you.” Well, that’s some wise words. Will Angela be able to wash away her stained reputation, ever?

Everyone believes that Angela used her African husband for the sake of fame and money. However, Angela has a different side with her family members. She behaves differently from her family to that of Michael. The viewers have always seen Angela shouting and abusing Michael. So, a fan wrote, “If you yelled at me the way you did, Michael, I would hang up too! We all knew this would come to an end.” Fans find Michael to be a great guy.

The viewers find Angela’s behavior towards Michael to be beyond abusive. The show seems to have had a lot of effect on Angela’s life. People often get ready to do anything for the sake of money. However, money is not all that matters. Reputation and kindness are something that remains with you for most of your life, unlike money. It seems Angela has come to a verge where she needs to change fans’ perceptions. Will she ever succeed in doing that? Let us know what you think in the comments below.