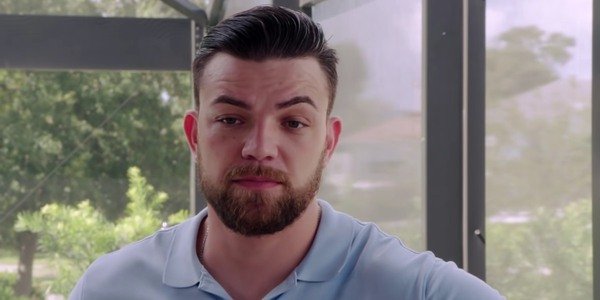 90 Day Fiance stars Andrei and Libby are dug deep into a lot of drama with the Potthast family. Recently, Andrei, Libby, and her family went on an RV road trip. However, the trip was a total disaster. It brought up nothing but more drama on the screen. Fans now believe that everything started ever since Andrei went to ask Chuck for help. Moreover, fans are slamming Andrei as his demand for $100K from Chuck was a delusion. So, is all the drama created just for the show’s viewership? Read on to know the answer.

90 Day Fiance couple Andrei and Libby’s content generally revolve around their difference. However, ever since Andrei asked $100K from his father-in-law, the sow took a turn. It is now revolving all-around family differences. Fans are now slamming Andrei, saying that his request for help from Chuck was a delusion. Was everything created intentionally just to make the storyline? A fan also took it to Reddit to slam the reality star. He wrote, “I’m watching HEA and him asking Chuck for the $100k is straight delusions.”

The fan further claims that if he had been in place of Chuck, he would have never provided Andrei with any help. Moreover, no one trusts Andrei because he hasn’t done anything to make anyone believe that he is a responsible person. Fan claims, “Didn’t Andrei get his fu**ing CDL and do absolutely nothing with it? I feel like Andrei is trying to get his business running, and then he’s going to dip when he can.” It seems that no other than Libby believes Andrei.

90 Day Fiance: Is Everything Scripted In Andrei And Libby’s Storyline?

Libby and Andrei do not have a great relationship with Libby’s family. However, Libby’s father Chuck seems to believe in mending things rather than breaking them apart. Therefore, he planned for an RV road trip for everyone. However, Screenrant reported that it was a complete disaster, filled with the physical altercation and Chuck crying over his family’s situation.

When noticed, it seemed evident the Potthast family quarrels over silly and useless things. So, it made a few fans believe that Andrei and Libby’s storyline is fabricated. A commenter stated, “I’m fairly certain that this is fake. I feel like most storyline’s with that family are fabricated for TV.” Another fan replied to the same comment as “Honestly, I wouldn’t even be surprised. They are so boring that I could see that happening.”

Some fans even believe that most of the drama in the show is pushed by the producers. Also, Andrei and Libby are slammed to be desperate for fame. One of the fans quoted, “The show is much easier to watch when you realize that it is all scripted… It’s like TLC isn’t even trying to hide it anymore.” Some of the parts of the show undoubtedly seem to be scripted and more dramatic. So, let’s wait for more drama to make way.