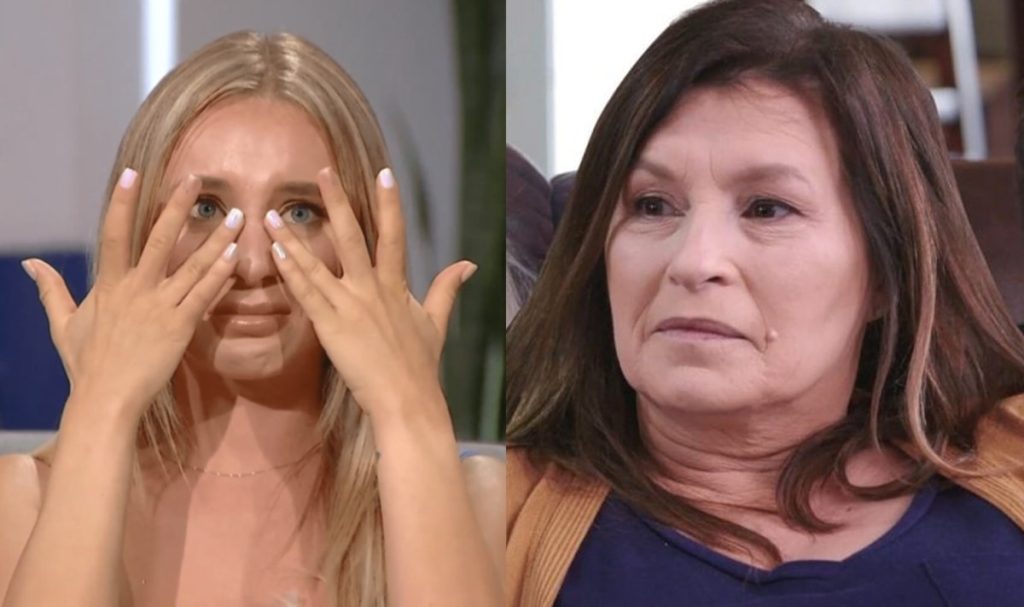 The recent Tell All episode of 90 Day Fiance was full of rifts, clashes, and emotional moments. The cast members discussed each other’s lives and butted heads. One of the overwhelming situations was when Yara and Gwen burst into tears and got really emotional on the set. It started when the host, Shaun Robinson, and Andrie were discussing whether Yara actually depends too much on her mother-in-law to raise her two-year-old. Evidently, Andrie believes that that celeb depends a lot on Gwen to take care of Mylah. But fans also seem to think the same, as they recently slammed the star for treating Gwen like a nanny. To know more, keep on reading.

90 Day Fiance: Fans Call Out Yara As Gwen Is Not Her Child’s Nanny

The 90 Day Fiance star Yara Zaya had an emotional breakdown on the set of the Tell All episode of the show. She explained how it is really difficult for her to work and raise her kid at the same time. Zaya further adds with teary eyes that she is also a human, and at times she needs help, so she calls Gwen, who is happy to help her. Apparently, the Ukrainian beauty finds it tough to maintain her well-flourished business with her two-year-old daughter. Hence, Yara isn’t even planning to have a second child right now.

After this episode, fans couldn’t control their nerves and took this matter to Reddit. A user commented what about if Yara doesn’t buy another $3,000 bag and instead keeps a nanny? Another 90 Day Fiance fan chimed in and claimed that Gwen is not Zaya’s nanny. She should not treat Jovi’s mother like this, people said, as per Meaww. The viewers further continued and accused the Ukrainian star of prioritizing her looks over kids. The third one added that Yara only needed a live-in nanny so that she could do whatever she wanted.

Apparently, in general, many 90 Day Fiance fans feel that Yara and Jovi are a great couple, but they should look after their daughter on their own and should not drag Gwen into all this! Not only this, but the regular watchers were quick to connect the dots. They claimed that maybe Yara wanted to go to Europe so that her mother could take care of her kid. Even fans didn’t feel that it was right for Andrie and Libby to comment on Zaya’s parenting skills. A user added and claimed that Libby also hired a nanny, so the duo shouldn’t be the one commenting on others’ parenting skills.

90 Day Fiance: Jovi Fights With Gwen Because Of Mylah And Yara

The 90 Day Fiance star Jovi Dufren had a massive argument with his mother. Apparently, when Yara was telling her point of view, Gwen also got emotional and had tears in her eyes. The host noticed it, and the attention was shifted to her. When Shaun asked her about the reason for her tears, the matriarch explained that her fight with her son Jovi was completely unnecessary in her view. She further added that Jovi is 32, but they never had an argument to the extent when her son yelled at her as he did then.

Hence, after weeks of estrangement, the mother-son duo finally discussed it on Tell All. Jovi told the camera, and when he was away for weeks from his family, his mother didn’t even turn up to check on Mylah and Yara. This really bothered the duo. However, Gwen lost her calm and claimed that she loves to be a grandmother, but she is not Mylah’s nanny! Keep coming back to TV Season & Spoilers for all the latest 90 Day Fiance tea.