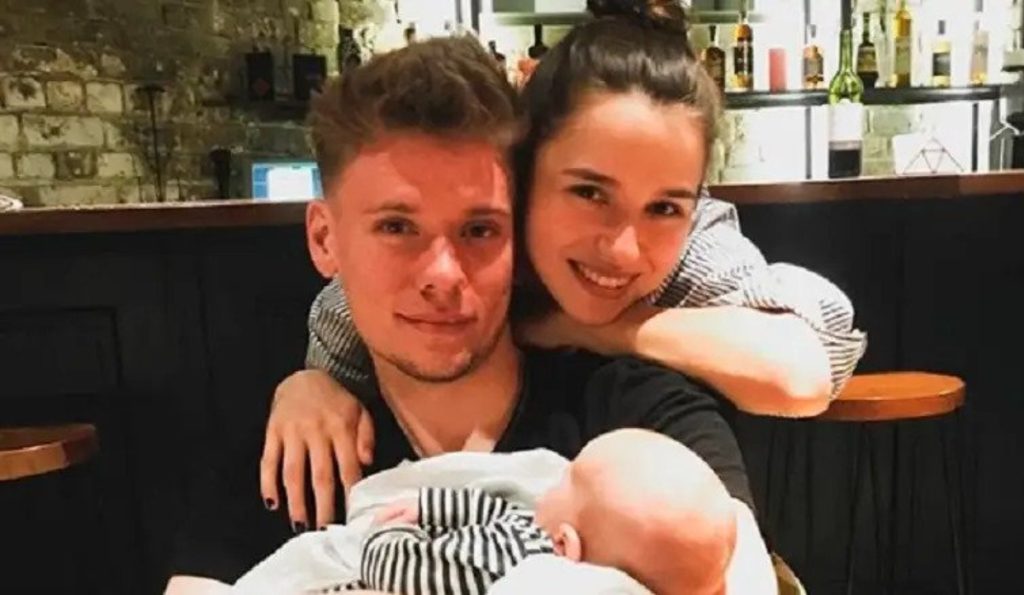 STEVEN AND OLGA WITH THEIR BABY
90 Day Fiance

Steven and Olga became part of 90 Day Fiance with a truly unique story. Both of them met up in Maryland when the latter was on vacation. At last, they found out about her pregnancy when she went back to Russia. That’s when the couple applied for the K1-visa for Olga to come to America to deliver the baby so that they could become a family. It has been a few years since the couple settled in the USA. They recently had their second baby too! Keep reading to know more details about this.

As mentioned above, in 90 Day Fiance, Steven and Olga explored their love for one another and also became parents. Both of them had quite the journey, and they had to struggle a lot. In 2018, Olga gave birth to their baby boy, Alex, also known as Richie. As of now, he is four years old. He became a big brother for the first time as Olga gave birth to a baby girl. She initially made a post from her hospital saying she “isn’t pregnant” anymore. Since then, 90 Day Fiance viewers have eagerly been waiting to see pictures of their newborn baby.

Steven and Olga finally took to their social media to finally reveal they had a baby girl. They included adorable pictures of her, including the entire family. The couple mentioned through the caption that they were a “family of four” now. While introducing their baby girl to the world, they said her name was Leila Isabelle Frend. The name Leila has Hebrew and Arabic roots, meaning “night beauty”. Moreover, Isabelle means “pledged to God” and has been derived from Spanish.

Although Olga and Steven officially made a post about their newborn baby, they had announced her birth a few days ago. As mentioned above, the young mother posed from the hospital in a lapower gown, saying she “isn’t pregnant anymore”. On the other hand, her husband, Steven, also made a post about the new baby. While he was carrying her, he put on a sticker on top of the little one to cover her. He presumably did so owing to privacy reasons. At last, they shared pictures of her on their Instagram very recently. The 90 Day Finance couple currently resides in New York.

With the announcement of Olga’s second pregnancy, they made their move to New York. A segment featuring their big move also became part of 90 Day Diaries. Steven had announced taking up a new job and was very excited to welcome his second child with his wife, Olga. Both of them had hit a rough patch and split from each other briefly in 2021. All seems to be well between the two now, and they are focusing on parenthood again with the arrival of Leila. Keep up with TV Season & Spoilers for all new 90 Day Fiance updates.