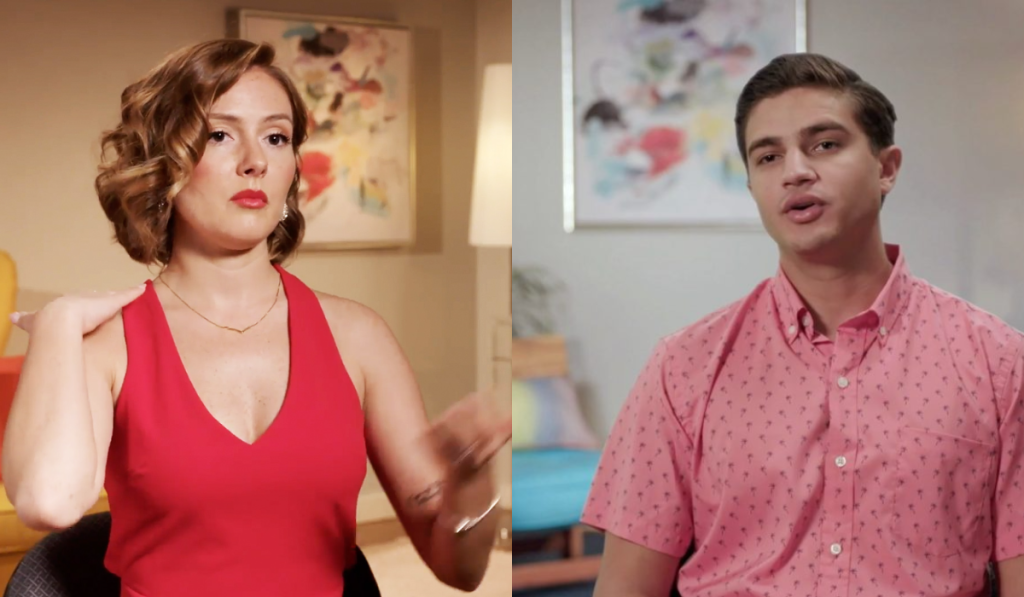 The filmy romantic couple Kara and Guillermo have taken things to the next level. Their relationship is finally at the bottom of a well. Hence, each of them is getting irritated by the activities. Meanwhile, fans have always seen Kara as the “Party Girl” or a lady boss. However, her 23-year-old boyfriend, Guillermo, doesn’t like her drinking. It is that one thing that drives him insane. So, what does the 90 Day Fiance celeb has to say in return? Tune in to find out.

90 Day Fiance: Guillermo Voices That One Thing He Dislike About Mommy Kara!

Kara and Guillermo met in Venezuela, where the latter served as a bar tender. As the opposite attracts, Kara immediately fell for the Dominican Republic native. The reality celeb has called herself a “cougar” and her boyfriend as a handsome young boy. However, the 90 Day Fiance celeb was 21 when they started dating. Meanwhile, Guillermo left his friends to be with the love of his life. Sadly, his beloved is giving him a hard time. Many things have shut down the boyfriend’s feelings time by time.

This time, ET released an exclusive promo clip where the two of them hung out with Kara’s friends. Upon talking, Kara’s friend asks Guillermo what’s the one thing about his girlfriend that makes him go insane. The 23-year-old admits having issues with Bass’s drinking. The celeb voiced that his girlfriend wants to keep going and never stop. More so, Guillermo adds that he knows how his drinking will end — “drunk, not remembering last night!” Kara’s friend says that her friend is a social person, and this is how she is when with people. Meanwhile, Guillermo says that he won’t tell his girlfriend to stop drinking, but he also has a limit.

Apart from this, Guillermo also notes that sometimes Kara’s drinking makes him uncomfortable. That’s because when he wants to go home, the 90 Day Fiance celeb doesn’t listen. Meanwhile, Bass didn’t take any of the confrontations seriously and chimed, “I never want to go home.”

Well, part animal, Kara doesn’t want to be the first to go home. Bass wants to have fun and chat with people whenever out. But, this doesn’t sit with Guillermo.

The TLC fans know that Kara and Guillermo are the complete opposite. Moreover, their age gap is playing a difficult factor in their relationship. Well, indeed, age in love doesn’t matter. However, the way Bass projects her demands on her boyfriend does not fit right. As Guillermo is busy with legal work for his visa, he cannot get a job. Therefore, he asked Kara to get him a laptop. But, the celeb turned him down by saying, “Not now, Guillermo.” Therefore, Guillermo and even the fans have a feeling that Kara is behaving like a mother.

Meanwhile, the 90 Day Fiance celeb, Kara, showed off her hair extensions on her Instagram. She posted a dance Tik-Tok and flaunted her long luscious long hair. Her followers loved the way she looked. However, her hair extensions didn’t sit right with some. Some fans criticized Kara that she has money to spend on herself. But, when Guillermo wanted a computer, she turned him down. Fans said Kara can easily get extensions but doesn’t have money for Guillermo’s computer. Do you think Kara bosses around her boyfriend? Tell us in the comments below. And, stay tuned to TV Season & Spoilers.