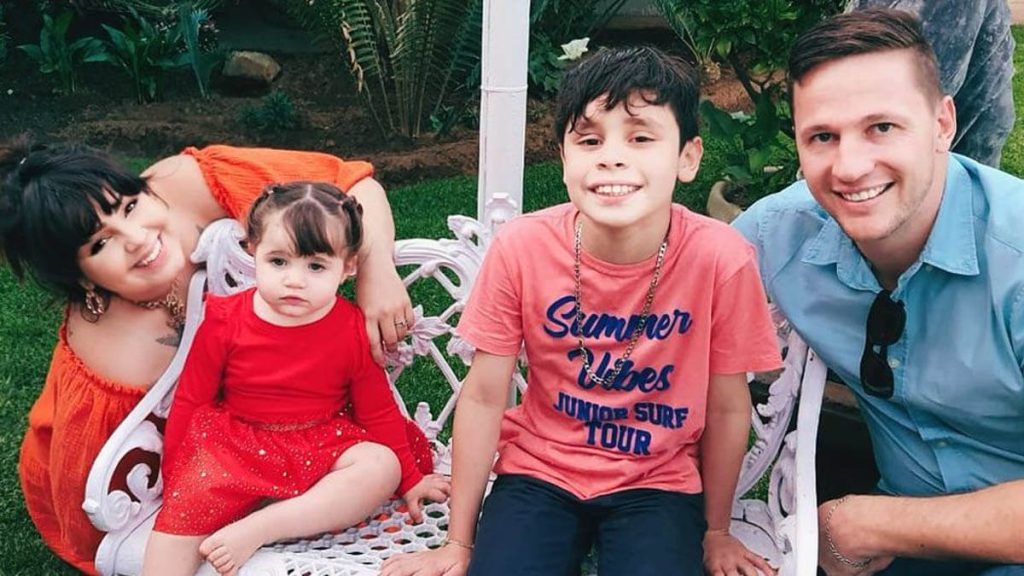 After appearing on the controversial season of 90 Day Fiance: Happily Ever After, Tiffany Franco Smith has started to change her life around. She is likely getting a divorce from her South African husband, Ronal Smith. Moreover, she is also ready to take responsibility for her two young kids by herself. Besides, the TLC star is also making a name for herself as a social media influencer. Amid this, she talked about a huge loss she has experienced in her life. Tiffany posted a tribute to her ex-boyfriend on her social media. Here’s what actually happened.

Tiffany has barely revealed anything about her previous partners on TLC screentime. Fans already knew that she shared her son, Daniel, with her ex-boyfriend. But, a lot isn’t known about him yet. However, Franco recently took to her social media to talk about her late husband. A screenshot by Starcasm reveals that Tiffany revealed that Daniel’s biological father was a good person with an amazing heart. Well, he wasn’t included in his son’s life and Tiffany had to raise him alone. Despite that, Franco had no grudges again him. She later revealed that her previous partner, Roger Ivan Ramos, passed away in an altercation between two people at his workplace. She also revealed that she still loves Roger.

Months after her previous post, Tiffany posted a video on her social media on Roger’s third death anniversary. She wrote in the caption, “Just hit me today that it’s been three years. Well, we miss u too much”. The 90 Day Fiance star also revealed in the video that Daniel’s father tragically passed away in October 2018. Besides, she added some heartwarming pictures in the video, including her selfies with Roger, and virtually moving pictures of him. Tiffany paid a sweet tribute to him saying, “You left a part of you with me forever and we love you Roger Ivan Ramos”.

Fans have offered their prayers and support for Daniel and Tiffany. They have also pointed out that Daniel looks like a carbon copy of his dad. Many of Tiffany’s followers are also proud of her for sharing her feeling without worrying about Ronald’s judgment.

90 Day Fiance: Who Will Get The Custody Of Tiffany & Ronald’s Kids?

Tiffany hasn’t been talking about Ronald on her social media recently. After their controversial split on a recent 90 Day Fiance: Tell All episode, the couple hasn’t been seen together. However, Ronald had warned that he would not let Tiffany take her kids. Moreover, he also wanted to fight for custody so that his kids can move to South Africa. On the other hand, Tiffany has also been adamant that she won’t let Smith take her kids. Fans believe that Franco has a stronger chance of getting their custody when the couple gets divorced.

This is because Ronald doesn’t have US citizenship yet. Besides, he also doesn’t earn enough to raise the kids on his own. Amongst other reasons, fans have also pointed out that Smith has no chance of taking away Daniel from Tiffany as he’s not his biological son. However, in the case of their daughter, the couple might get into a huge fight. As of now, we can only wait to see how Tiffany and Ronald’s divorce is processed and who gets their kids’ custody. Well, Franco currently seems pretty well-off with her blooming social media influencer career. What do you think about the same? Tell us in the comments below.