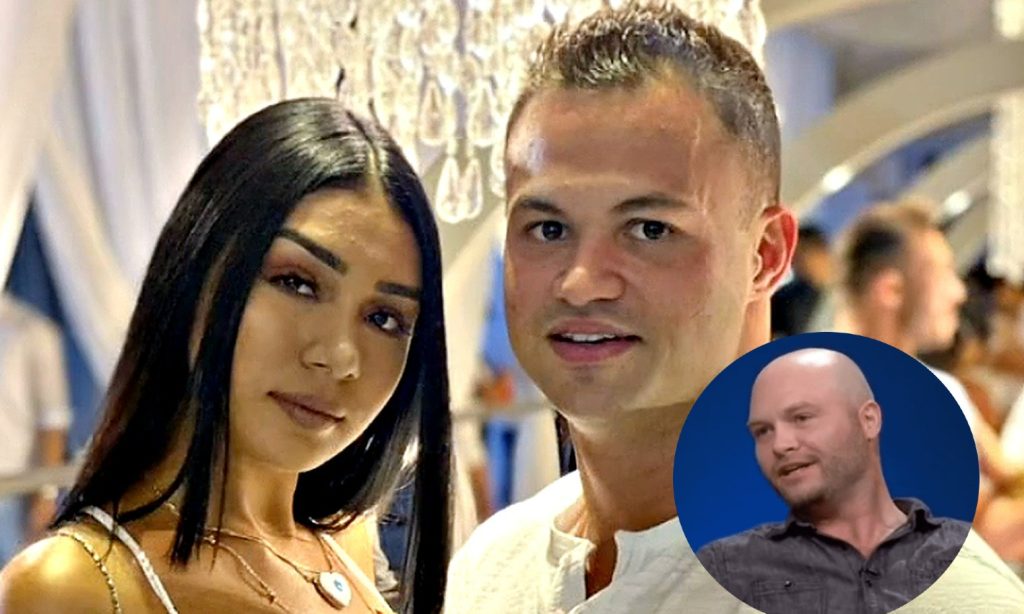 Fans have already witnessed so much drama on the ninth season of 90 Day Fiance, and it seems there is still a lot to see. Patrick and Thais announced their first pregnancy recently and are happily married now. However, there are chances that the couple is still stuck with Pat’s brother John. Patrick from Texas met the Brazilian beauty Thais when he went to Brazil to meet his father. He spotted her on a dating app and then quickly sent her a text. The American native had genuine feelings for her. He believed that Thais had shown her the tenderness that he was always looking for. As of today, it seems like the soon-to-be parents are still debating about living with Patrick’s brother. Keep reading to know the details.

90 Day Fiance: Do Patrick & Thais Live Away From John Now?

Patrick and Thais’ relationship was working fine in the beginning. However, things changed after she moved to America on a K-1 visa. Initially, her father was not happy with her dating a foreigner. Moreover, with time she became more confused about the marriage. Thais clarified that she didn’t want to hurt Patrick, especially because he went through a heartbreak after his divorce. However, this created a lot of pressure on her to tie the knot. Besides this, Thais was homesick till then.

Fortunately, they got married in the finale of the show. But the problems were never sorted out. The couple started living in Patrick’s house in Texas. The reality television star shares a very strong bond with his brother. They began living together after Patrick’s first wife left him. Nonetheless, Thais was not happy living with John. Ramone clarified that she would not tolerate him under any circumstances. However, he did not move out, instead accompanied them to their new house, as per ScreenRant

. Patrick revealed that he had moved to Las Vegas lately. Moreover, his brother is still living with them.

90 Day Fiance: Kobe & Emily Are Still Living With Her Parents

Patrick and Thais are not the only couples facing house issues. Kobe and Emily also have problems. While Patrick’s brother lives with him, Emily and Kobe live with her parents. In the Tell All episode, the 90 Day Fiance couple revealed they still live in David and Lisa’s house

because of their unstable financial condition. After settling in a new country, he struggled to get a job and fulfill the family’s needs. Additionally, the couple welcomed their second baby, adding more responsibility on their shoulder.

Although Kobe has a job now, his financial condition is not very strong to afford a house. The couple said they plan to move to a new house as soon as possible. Meanwhile, Kobe is enjoying Emily’s dad’s company. He often shares pictures on his social media account, spending weekends with him. They are very close, and with time their relationship is blooming.