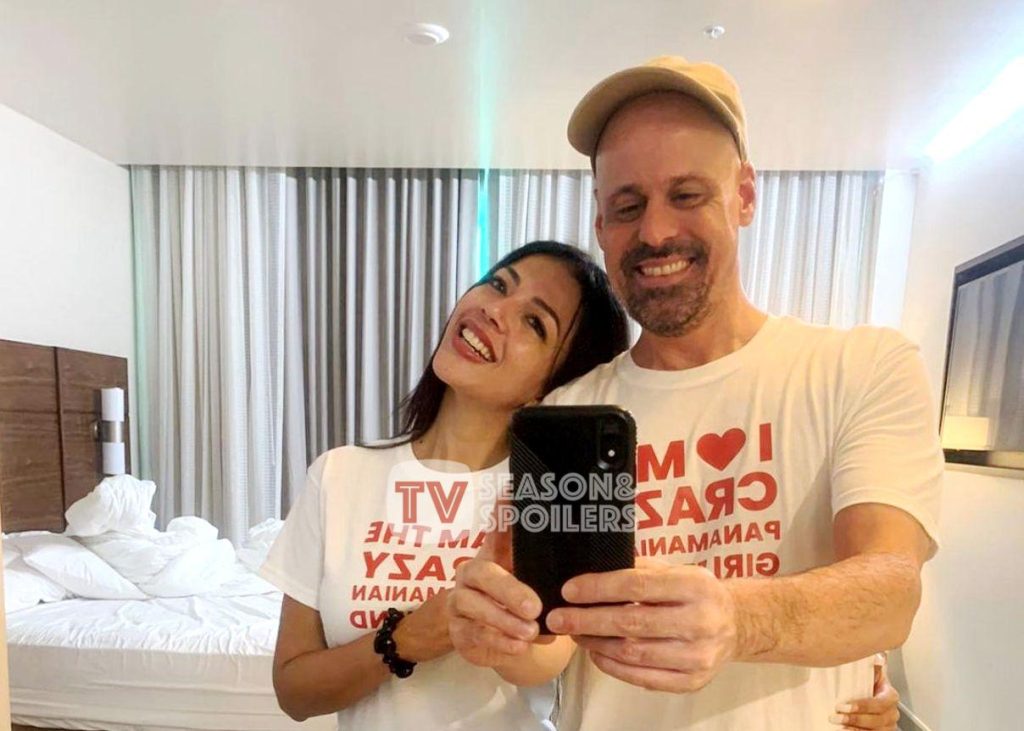 Jasmine and Gino are one of a kind couple who came on 90 Day Fiance: Before The 90 Days. Initially, they had many rough patches in their relationship. Starting from the former’s jealousy and anger to the latter’s unfaithfulness. That’s because he sent his partner’s inappropriate picture to his ex. However, love came through in the end as they got engaged by the end of the season. Now there is a buzz claiming the Latina is pregnant, and it will be the couple’s, first baby! Keep reading more to find out all the details.

90 Day Fiance: Jasmine Pineda Is 2 Months Pregnant? Having A Baby Girl With Gino?

Jasmine and Gino’s journey on 90 Day Fiance began through the Before The 90 Days spin-off. Initially, viewers were afraid of the foreigner as she called herself the ‘crazy Panamanian girlfriend’. However, they later saw Gino is no saint either, as he ended up forwarding some of her inappropriate pictures to his ex. As predicted, a huge fight broke out, and fans thought they would break up. However, they mended things and got engaged to one another by the end of the series. Now there are sources, as per Overtimer, claiming that the Panama native is pregnant!

According to the abovementioned information, she conceived by the end of January 2022. Hence she is five weeks into the pregnancy period. Earlier in the reality show, the Michigan native was very about his partner. In fact, he wanted them to try for a baby on his first visit. However, the 34-year-old caused him some disappointment while claiming she was on birth control as Jasmine didn’t think they were “ready” for a baby

. Well, it seems like the couple has changed their mind since then and is ready to welcome parenthood. TV Season & Spoilers reports that there is no certainty about this. Apparently, neither of the cast members has made an official announcement regarding this highlight.

This isn’t the first time the 90 Day Fiance stars have hinted about extending their family. It turns out the young mother took to her social media to say Gino is going to become a dad. Apparently, she put up a bunch of photos with her man posing and purchasing a lot of toys and plushies meant for girls. Hence, viewers couldn’t believe such a shocking declaration by the couple on the internet.

However, they were at ease by the end of the big reveal. That’s because they were talking about a pet rabbit and not a baby. Moreover, they made these posts really close to April Fools day. Hence, their supporters had a hearty laugh at their innocent prank. But, could it be a possibility that Jasmine is actually pregnant? Well, only time will tell how things will shape up for the couple. Until then, keep looking out for TV Season & Spoilers updates for your daily dose of 90 Day Fiance news.