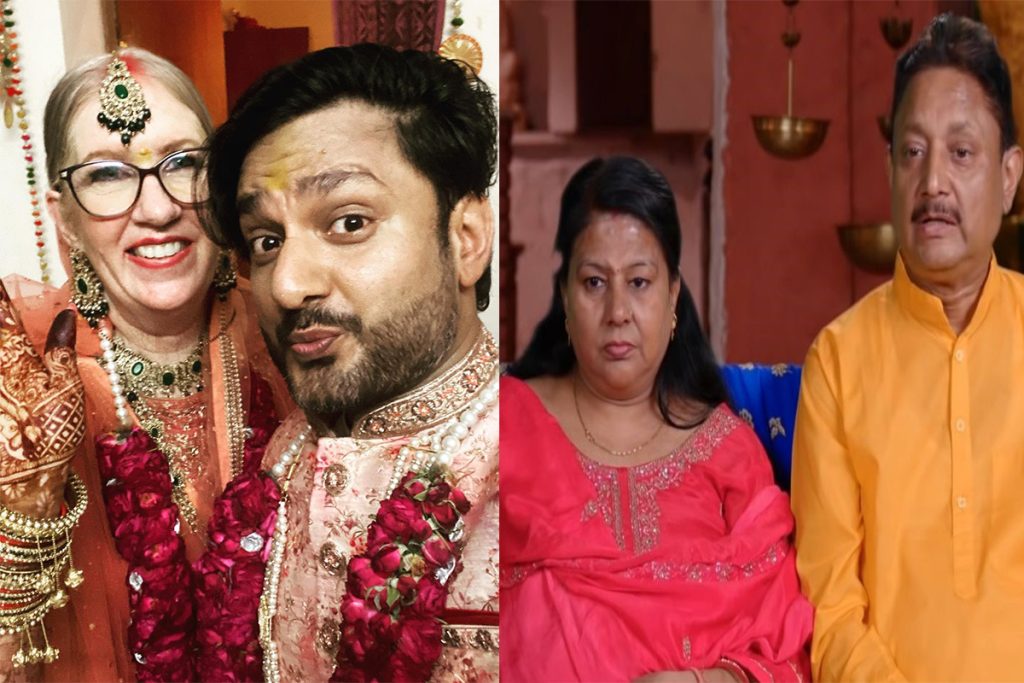 90 Day Fiance: Jenny & Sumit Reveal Their Secret Marriage To His Parents! How Did They React?

The well-known 90 Day Fiance couple Sumit Singh and Jenny Slatten are finally married. The couple finally tied the knot in a sacred Indian wedding ceremony. It took place in the reality show’s finale episode. This made all their fans and the TLC family sigh in relief. That’s because they were together for ten years before they could get married.

Moreover, their future also seemed bleak in this new season, where Sumit’s family tried to break the couple apart by throwing multiple obstacles at them. Eventually, the couple got married secretly, without telling the toxic parents. How do you think they reacted to it? Keep reading; we have all the details!

90 Day Fiance: Jenny & Sumit To Tell Their Parents Of Their Secret Marriage In The Tell All Special!

As the latest season of 90 Day Fiance: The Other Way wrapped up smoothly, now fans are waiting for the Tell All episode. USWeekly has released an exclusive sneak peek of the upcoming special. In it, all the reality show co-stars were discussing Sumit and Jenny’s journey. The former’s brother and his wife were also part of it as guests. The recurring cast consisting of Sumit’s parents, i.e., Sadhna and Anil, were also present. The argument kickstarted with their co-star Kenneth Niedermeier.

He highly shunned the parent’s actions for being so cruel towards Jenny. Sumit’s sister-in-law interjected at this and said the family was never rude. Apparently, it was the fault of the “generation gap” between the reality TV couple through her perspective. Kenneth shot back at her by saying he “highly disagrees”. So, host Shaun Robinson addressed the parents and wanted to know something. She inquired whether it would have made any difference if the couple was to marry anyway despite their approval.

At this, Anil replied coldly by saying, why does the duo need a “marriage certification”. They eventually would have lived together after the union which they are already doing. To this, Jenny declared that people get married when they “love each other”. When things heated up, Shaun urged Sumit to tell his parents about the couple’s marital status finally. The latter hesitated and said that it’s their (parents) “acceptance” that matters and not the entire society’s. Watch the upcoming Tell All episode to find out if Sumit actually tells all to his parents.

A brand new post on TLC’s Instagram handle has revealed a deleted clip. It was from Sumit and Jenny’s marriage preparation. It turns out, Sumit took it upon himself to visit a local market with a friend. They did so to buy a calf for a ritual called ‘Gau Daan’. The reality star has had hard luck when it comes to tying the knot. Earlier his first marriage ended in a very costly divorce. Now, he was to marry his partner after being together for ten years! Hence, he didn’t want to risk it. So, the ritual involved him gifting a gau, i.e., calf, to a temple priest. It would happen on their wedding day.

The TLC star said this would lead to the priest “getting blessings from the cow, milk and everything”. In return, the newlyweds

would receive blessings from God and lead a happy married life. No one from the audience seemed sure as to how this would work. However, there was one thing they got upfront about. Fans claimed that the couple would lead a happy life only when neither of them went back to their toxic traits. In the past seasons, they have been part of too many controversies. In fact, Sumit also tried to sabotage their marriage documentation during this season. Needless to say, fans are still skeptical of the couple even after they have gotten married. Only time will tell how things turn out for them.