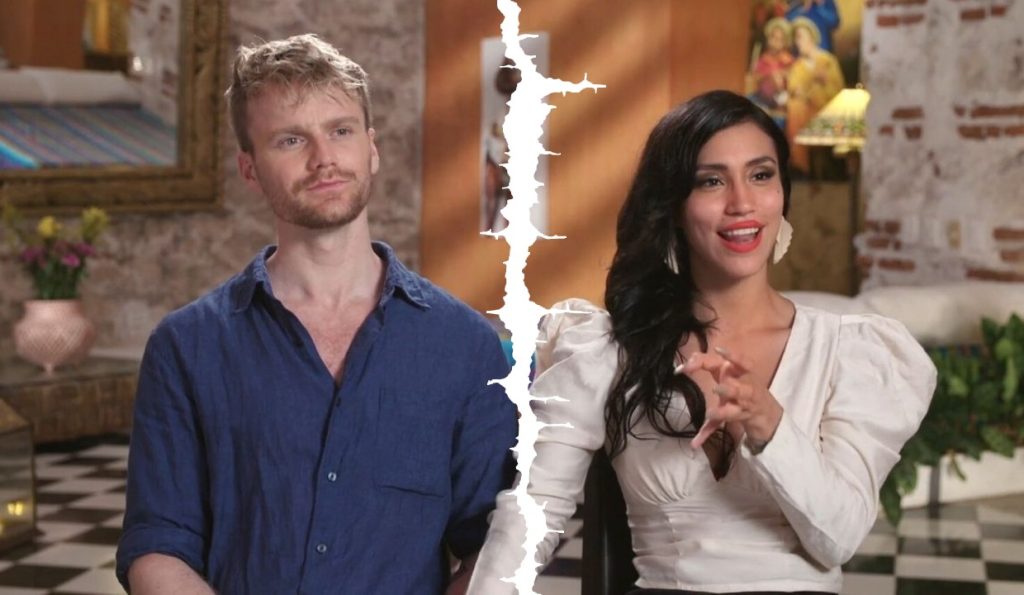 Jesse and Jennifer began their journey on 90 Day Fiance with different partners. Things didn’t work out for them in their previous relationships. But they made their debut as a couple through The Single Life franchise. Viewers were in shock after seeing them together but went along with it. Soon Meester and Tarazona began getting a lot of hate owing to their constant PDA, which made the audience uncomfortable. They still seemed to be in a happy relationship with one another. It turns out that latest rumors suggest that the couple might have hit a rough patch and broke up. Keep reading to know more details about this.

Jesse Meester made his 90 Day Fiance debut with Darcey Silva. Jennifer was in a relationship was Tim Malcolm. Viewers saw both these bonds fall apart in various seasons and episodes. At last, Jesse and Jennifer finally took a liking to each other and hit it off. They did so while making their debut on The Single Life spin-off. To everyone’s surprise, the couple has been together for a few years now. Moreover, they are always declaring their love for one another through their social media handle. A 90 Day Fiance fan took note of something strange.

It turns out the fan took to Reddit to claim that the couple doesn’t follow each other on social media anymore. The person speculated that there must be trouble in paradise for Jesse and Jennifer. With this, the comment also stated that Jennifer made certain she won’t show her daughter’s face on social media anymore. Yet the 90 Day Fiance made posts featuring her girl. So, the Redditor further speculated that Jennifer having a child

might just be causing problems for the couple. These are merely speculations on the internet, and neither Jesse nor Jennifer has spoken up about this yet.

Most of the 90 Day Fiance fanbase dislikes how inappropriately lovey-dovey Jennifer and Jesse are on social media. Yet, they still keep track of them. The extreme sexual nature of their relationship was a problem for everyone while watching The Single Life franchise. The couple really hit the roof with a prank on their social media. It turns out that both of them put up posts with a positive home pregnancy kid, suggesting that Jennifer is pregnant. At first, the 90 Day Fiance viewers were happy at this reveal and congratulated the couple.

However, Jenniffer and Jesse clarified later that it was just a “prank”. They did so on the occasion of April Fools Day. A lot of 90 Day Fiance fans were upset at this. One of them pointed out that such pranks are insensitive to people struggling to conceive a child or who can’t have any. Despite such a massive backlash, the couple refused to react to it. They went on to make posts about their everyday life as if nothing had happened. Do you like Jennifer and Jesse together? Tell us in the comments below. Keep track of the latest updates on TV Season & Spoilers.