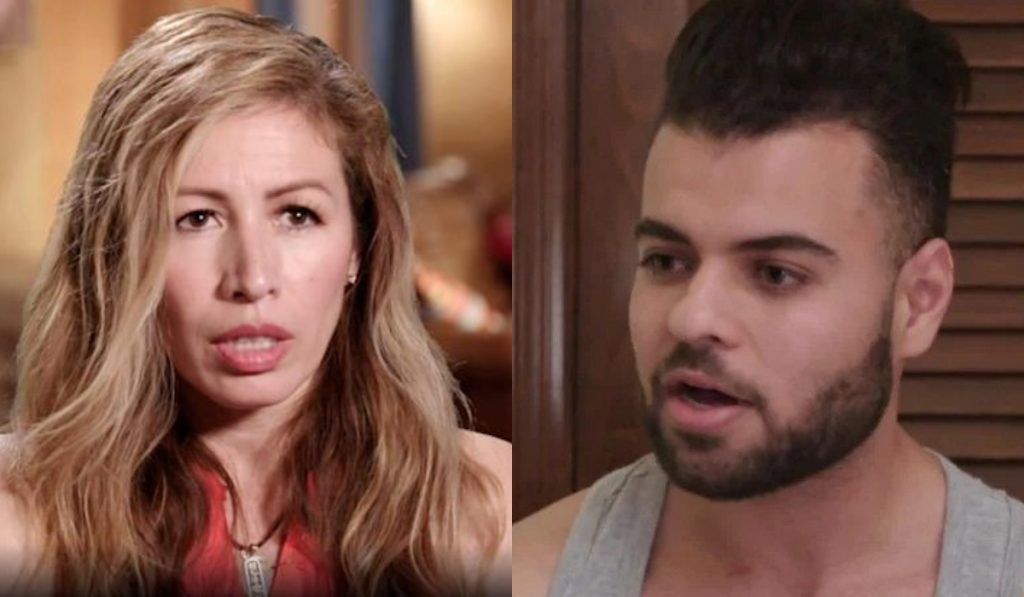 Yve Arellano and Mohamed Abdelhamed first starred in 90 Day Fiance this year. Their love story was quite rocky. While the latter had an orthodox and extremely religious mindset, his future wife was the opposite. Yet< they went on with their relationship and tied the knot by the end of the show. Things took a steep turn when there were allegations about Yve physically assaulting her husband. Since then, the case has intensified as her lawyers claim the allegations were “false”. Now new details related to the case have come into the limelight. Keep reading to know more details.

Yve and Mohamed went on with their marriage despite 90 Day Fiance fans noticing a lot of red flags in them. Their claims turned out to be true as they announced their separation shortly after TLC premiered the Tell All episode. Things took a dark turn when Mohamed claimed his wife “domestically abused” him. On the other hand, Yve’s lawyers state that the foreigner is lying about his claims in an attempt not to get deported after the divorce and get his green card. As per Starcasm, there are now copies of court filings from a hearing that happened on Tuesday, i.e., October 4, 2022.

There was a list of Defendant’s witnesses and also exhibit disclosure. As per the witness list, both Yve and Mohamed were present at the scene. This was followed by an officer who appeared after the 911 call. Moreover, the custodian responsible for 911 records was also there, along with “any witness listed by the defendant”. The defense exhibits reveal that there were text messages exchanged between Defendant, her two friends, her mother, and Mohamed. There was also text correspondence about Mohamed’s affair with another woman. Then she notified Yve about her husband’s infidelity

Along with this, the court has access to 911 audio, four audio files, one audio-video file, and 22 images along, with two lapels in the form of evidence. The 90 Day Fiance stars’ next court hearing is on November 3, 2022.

Yve and Mohamed’s story took a very dark turn. The 90 Day Fiance fans were in shock to find out about the domestic abuse claims. Well, Yve had two charges against her for “battery” and “domestic assault of a household member”. However, there were no arrests that took place. Kathleen Martinez is Yve’s immigrant attorney and fighting her case. In her latest interview, she stated that Mohamed Abdelhamed is faking his claims of domestic abuse. That’s because the man applied for a U visa, only for abuse victims of any sort. Hence, he presumably lied to obtain this visa.

The news about their case first broke out after an audio leak. It had Yve Arellano screaming at her husband for not helping clean up around the house. She appeared frustrated and stressed out in the clip. Talking about this in her interview, Kathleen stated one person screaming at the other doesn’t prove they physically assaulted them. Yve realized very later on in her marriage that her partner was not “contributing” to anything and merely “using her”. Things began to get between the two after this. Keep coming back to TV Season & Spoilers for all the latest 90 Day Fiance updates.