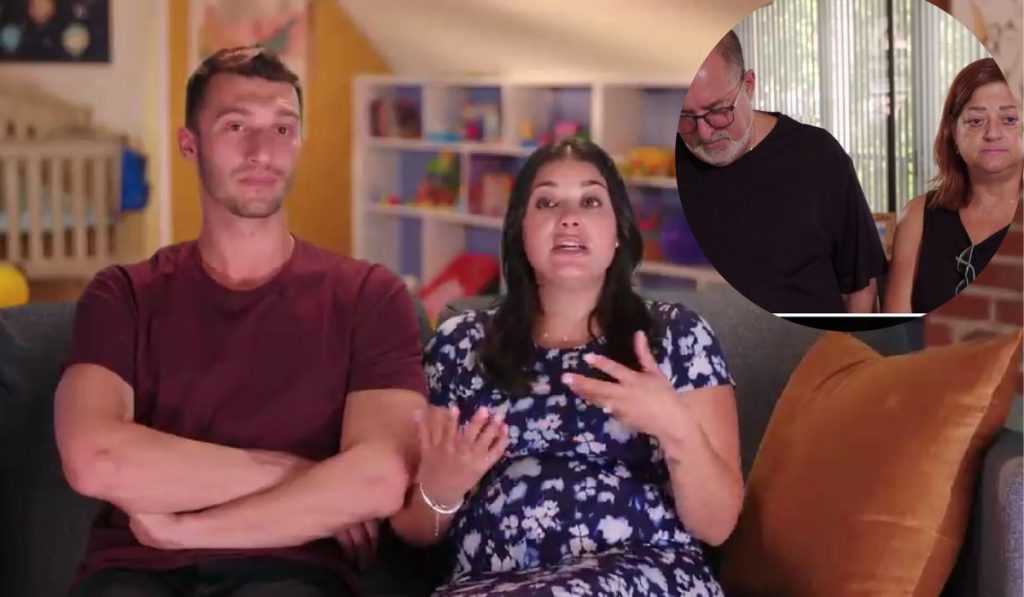 In the popular 90 Day Fiance series, Loren and Alexei Brovarnik are a popular pair that has developed greatly since they first met over ten years ago. They are among the most loved couples who have shared their love stories on the show. Despite several ups and downs, the TLC couple has shown that they are compatible and completely in love with one another. The Brovarniks debuted in Season 3. However, later, TLC gave them their own show, Loren & Alexie: After the 90 Days. They currently reside in Florida, where Loren was raised. However, Alexie is from Israel. And hence, they have decided to move to Israel as the former feels it is important for their children to experience where their father is from. However, Loren’s parents don’t seem to be happy. Let’s find out about their reaction.

90 Day Fiance: Will Loren Go Against Her Parent Or Will Stay Back?

The 90 Day Fiance pair are thinking of moving across the world, but it seems somebody is unhappy with their decision. In the forthcoming season, Loren and Alexie will tell the former’s parents about their idea to move to Israel. However, as in previous seasons, her family finds the notion of the pair leaving Florida intolerable. In the clip by People, Loren says it is important for our children to experience and understand their father’s culture. But it’s not that easy, and it’s a complete change. It’s not just moving to a different state where you still know American culture. But rather, it’s like moving to a completely different world with a different culture.

Loren and Alexie recently told her family about their plan to move to Israel. She starts the conversation by giving them a hint, saying as their family is growing, they will need a bigger home. Next, Alexie takes over the further discussion and says they are planning a trip to Israel for a little bit. Marlene, Loren’s mother, assumes he’s talking about a future family trip. But Alexei emphasizes that he and Loren are planning to stay there for a little longer. He then asks Loren’s parents what they think about the kids to grow in Israel for five to six years. To which Loren’s mother answered, saying it was awful. Besides, the 90 Day Fiance star says that when they move in there, they will not be able to babysit the kids anymore. However, it seems both parents can’t stand the idea. So will Loren go against her parents and move to Israel, or will she stay back? Let us find out in the upcoming season.

Loren and Alexie Brovarnik recently discussed how it feels to have three kids over the age of three. After meeting on Loren’s birthright trip to Israel two years prior, the reality TV pair were married in 2015. They received their first child, a son named Shai, in 2020, and one year later, Loren gave birth to a second son named Asher. However, recently the couple welcomed their third baby girl, Ariel, in September. Loren spoke up to the US about her experience. She says, “it’s chaotic”. Moreover, the 90 Day Fiance discussed the mixed advice she got regarding the experience of having three children rather than just two. Some said it’s totally easy, as going from one to two is harder but going from two to three is nothing. Others said you already have enough. At the same time, some were like it’s the hardest thing but is worth it.

When Loren learned its a girl, she said she was shocked.  They used crystals to try to foretell the sex of their third child while she was pregnant. The couple felt they would have a daughter, but Loren thought she might have been carrying another boy because of an urban legend. The pair acknowledged that they are taking extra precautions this time around when it comes to having additional kids after Loren became pregnant with their youngest child soon after delivering a baby to baby No. 2. Since he “can get it undone” if the couple wants they want to have another kid, Loren told the US that she wants her partner to undergo a vasectomy. For all the latest Sister Wives updates, keep coming back to TV Season & Spoilers.