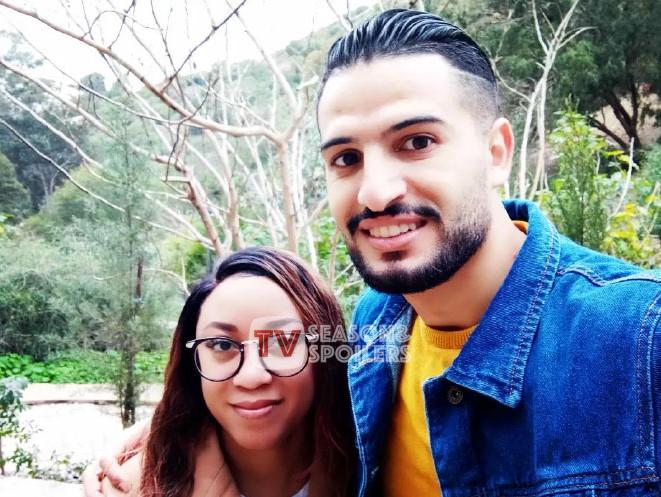 90 Day Fiance: Memphis Pregnant, Having A Baby With Hamza? Are They Married?

Memphis and Hamza became a 90 Day Fiance couple after their presence in the Before The 90 Day spin-off. However, their relationship is far from healthy and has sent all the viewers in a fix. Yet, there have been rumors going around the internet claiming they have already tied the knot since the series premiere. Now another post on the celebrity’s Instagram handle has hinted that they might be pregnant. Keep reading more for further information on this!

Hamza and Memphis are currently starring in 90 Day Fiance: Before The 90 Days Season 5. However, their relationship has already born too many cracks. It began when the former lied about being older than his actual age. Later on, when the latter wished to get a prenup to safeguard all her assets, the Tunisian man was hesitant was signing the document. Therefore viewers believe they lack love in their relationship. However, a new post on the celebrity’s Instagram has led to more confusion in the fanbase.

Amidst their relationship hitting a rough patch in the series, Hamza shared some pictures with his girlfriend. Moreover, TV Season & Spoilers highlight that he is gingerly hugging his partner from behind from her stomach in one of the pictures. As a result, viewers began predicting the couple was pregnant. Some of them even pointed out that the series was in production last year. Hence, there is a possibility they sorted out their differences by then. However, the Tunisian resident did not clarify anything through the post, neither did the American woman. Hence, these are merely speculations on the internet by 90 Day Fiance fans.

Hamza and Memphis have sparked wedding rumors in the past. This came as a surprise to the viewers as they have been far from perfect in their relationship being showcased on the TV show. That’s one of the reasons why viewers began assuming their pregnancy. It turns out the American resident’s mother, Deborah, congratulated the couple on something. Moreover, she called Hamza her “son-in-law” when she did so. Later on, the star also returned the gesture by calling the woman her “mother-in-law”.

However, things have taken a drastic 180-degree turn since then. That’s because Memphis’ mother’s latest comments claimed that the foreign celebrity “abused” her daughter. Apart from this, she also claimed her child did “everything” to make things work. Hence, the 90 Day Fiance fans are in extreme confusion over the new Instagram post by the couple. Well, they are hopeful that things will get cleared in the future episodes. So, what do you think? Has the couple split up, or expecting a baby? Tell us in the comments below. Keep checking TV Season & Spoilers for more such 90 Day Fiance updates.