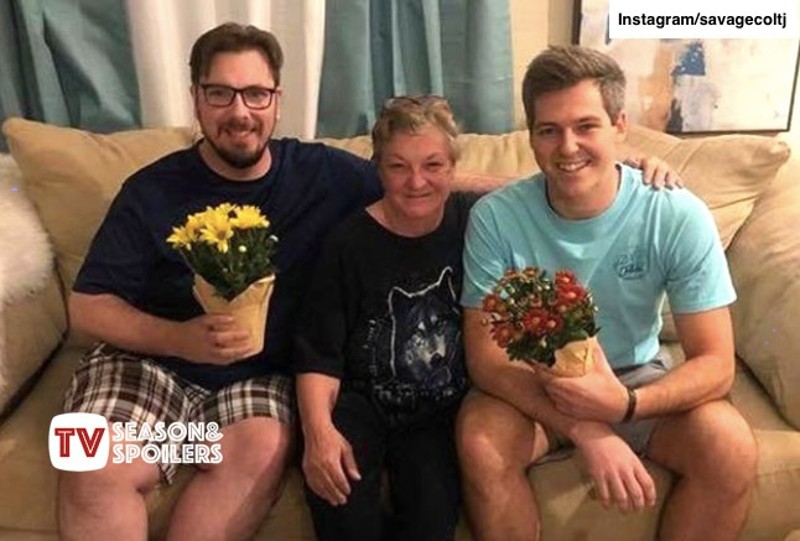 Nearly a decade after this debut, 90 Day Fiance has continued to be a hit amongst fans of reality TV shows. Over time, the series has introduced us to plenty of iconic cast members that will be in our memories forever. Some of these stars might not be in the limelight anymore, but TLC viewers surely do remember their dramatic storylines. Colt Johnson and Larissa Lima offered an entertaining season. While their wedding was the topic of discussion at the time, it was their divorce party that became the highlight of their story.

Later on, as they moved on, their new partners were introduced to the viewers. This includes Larissa’s on-and-off boyfriend (now ex), Eric Nichols. He has not appeared on the show for a long time but remains to be a popular celebrity in the industry. Recently, Nichols shared a sad piece of news on the internet. Keep reading to know more details.

90 Day Fiance: Eric Mourns The Death Of His Mother, Debbie!

Larissa initially appeared on the show with Colt Johnson. But, their differences forced them to split their ways. Luckily, she met a guy who made her smile. The TV star started dating Eric Nichols. The couple was later featured on the spin-off of 90 Day Fiance. They were head over heels in love with each other. However, Nichols and Lima’s relationship was shaky right from the start. So, things did not work in their favor, and they decided to call it quits. Eric’s presence on the show has been memorable because he’s been a part of all the controversies made by Larissa since then. A lot of fans still follow him on social media for day-to-day updates.

Sadly, Eric has lost his mother. The star recently talked about his mother, Debbie Joanne Nichols, in an Instagram post. She passed away on September 7, this year. Remembering her, Eric mentioned that his siblings prepared for the funeral and everything. He thanked his family and friends for their constant support. Moreover, Eric noted that his mother was proud of him in his sweet tribute. Nonetheless, fans could not send their prayers on the post as he turned off the comments. The former reality television star has kept his family affair private for quite long. A lot of fans were surprised that Eric’s late mother and Larissa’s ex Colt’s mother share the same name, Debra. Both of them also have the same nickname, Debbie. Not to be confused with Debbie Johnson, Eric’s mom passed away only two weeks before her 64th birthday.

The 90 Day Fiance star Larissa Lima and Eric Nichols’s relationship suffered from major issues. Although they got back together in Colorado Springs, the pair eventually split their ways again. The TLC star confirmed in her Instagram post that she and Eric had separated for good. Possibly, she doesn’t even know about his mother’s death. Lima has not paid condolences to her ex’s mother publically.

The reality television star seems to be unknown after Eric’s tough times. But, it seems like she was not the only one. Most 90 Day Fiance stars did not seem to know anything about Debbie Nichols’s passing. Colt and his mom Debbie Johnson have not reacted to the news either. Even fans came to know about it very recently. Eric was devastated after losing his mother, who was just 66. He was very close to her. For more updates on 90 Day Fiance, stay tuned to the TV Season & Spoilers.