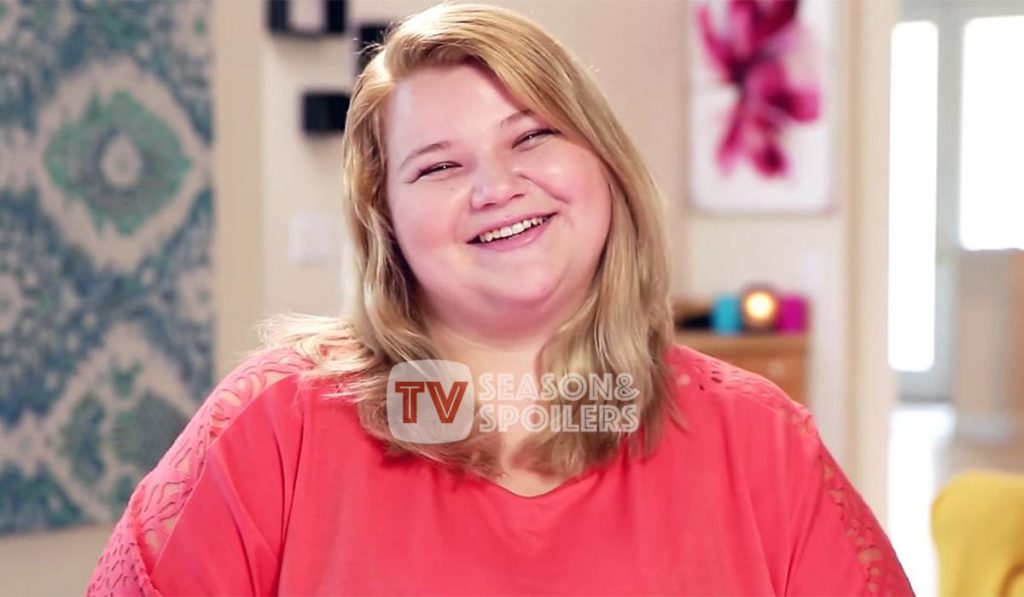 Nicole Nafziger became a household name after her debut in 90 Day Fiance. Although it’s been a long time since her time on the show came to an end, viewers remain curious about how she’s been doing. In the beginning, the star was merely in her 20s, a single mother, and trying to find love. However, a lot has changed since. Now she has made a post about working at a new place. So, what is Nicole’s new job? Keep reading to get all the latest details about this.

Nicole Nafziger’s relationship with Azan was quite problematic. As soon as the couple got together in 90 Day Fiance, the latter was hesitant about being with her. Moreover, he also admitted to not being attracted to her. Despite this, he convinced her to send him money so they could open a store in his home country, Morocco. Alas, this never happened, and the naive woman lost thousands of bucks. It seems like she has learned to take care of her finances since then.

As per her latest post on Instagram, Nicole has gone back to work. When she began appearing on 90 Day Fiance, she had to quit her job at Starbucks to go to Morocco

. Now, it appears as if she has gone back to her old job. Moreover, viewers were happy to get updates on her life and supported her in her journey. In fact, they called it “honest” work. Meanwhile, fans also shunned other reality show stars who resort to making a living through OnlyFans or bizarre business ventures like selling farts . Clearly, they were calling out Stephanie Matto with the last bit. Moreover, popular blogger John Yates also posted about Nicole’s update.

After seeing Nicole working in Starbucks, some avid 90 Day Fiance fans recalled another important thing. In fact, last year, the celebrity expressed her wish to pursue higher education. As a result, Nicole enrolled herself in the ‘Radiology’ program at State College of Florida in Manatee–Sarasota. Thus, the audience appreciated her even more for managing college and work all at once. However, the young mother made a post about feeling a bit lonely a while ago.

Since her college began, the celebrity had been feeling “good” about it. Yet, she was trying her best not to go to the “dark” place people often go to. Thus, the 28-year-old talked of experiencing “loneliness.” However, she still ended the post on a positive note by expressing her friends tell her to take it one step at a time. Hence, she wishes to find a path and make it through “day by day”. So, viewers took to their social media to encourage the TLC alum to stay strong and remind her that she has come a long way. Keep checking TV Season & Spoilers for more such 90 Day Fiance news.