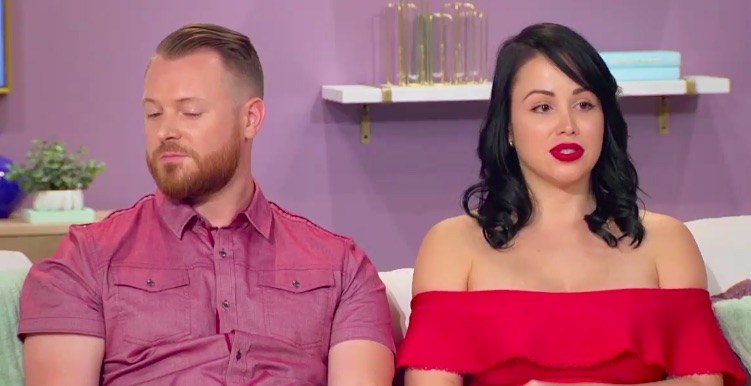 90 Day Fiance: Paola & Russ Mayfield Are Breaking Up But Not Getting DIVORCED? Plans For Couple’s Therapy!

Another 90 Day Fiance couple is getting separated, and fans can’t be more upset. Well, it wasn’t unknown that TLC veterans Paola and Russ Mayfield had way too many issues between them. However, they were amongst the very few couples from the show that actually lasted together. Recently, Paola spiked rumors of her divorce to Russ with a cryptic social media post. However, it turns out that even though the pair is getting separated, they aren’t actually divorcing each other. Here are some details about the topic.

Once again, 90 Day Fiance veterans Paola and Russ Mayfield are making news. However, this time, things are way too serious than fans assumed. The couple, who has now been married for close to eight years, has decided to take a break. After Paola dropped some hints on her Twitter account, an official statement has come from her manager. Dominique Enchinton revealed some details to InTouchWeekly about the current status of Paola and Russ’s relationship. He discussed how the pandemic had hit everyone hard, including the couples that had to stay indoors with each other all the time.

The same was the case for the Mayfields, as Russ had lost his job during the pandemic. As a result, Paola became the sole breadwinner for the family in the last year. She was, in fact, dragged for the same reason on her social media. Amid all this, the issues took a toll on their marriage as both of them were in each other’s faces. Hence, as of now, Paola and Russ have decided that they are “taking a break for a little bit.”

90 Day Fiance: Paola & Russ Are Not Getting Divorced, Plan To Go To Therapy!

Even though the problems between the couple seem to be pretty serious, their 8-year-long marriage won’t end up in divorce. Paola’s manager has revealed that she and Russ and are planning to work through the issues. So, by “taking a break,” the 90 Day Fiance pair will also try to solve the problems in their relationship. Meanwhile, the Mayfields will also go to couple’s therapy together to see if it helps save their marriage.

As of now, fans don’t have a lot of hopes for the couple fixing their issues. In fact, many TLC viewers are talking about how they never expected the two of them to last together all these years. They even seemed like a happily married couple after they welcomed their first child together. However, as per speculations and one of Paola’s cryptic tweets, her career might be the real issue in this matter. On the other hand, she also tweeted, “People asked me why I don’t take pictures with my husband, my answer is… I just don’t like to pretend” alongside the hashtag, “#youareguessingright.”

Do you think Russ and Paola can actually work through their issues? Share your opinions about this in the comments below. Also, stay tuned to TV Season Spoilers for latest 90 Day Fiance news updates.