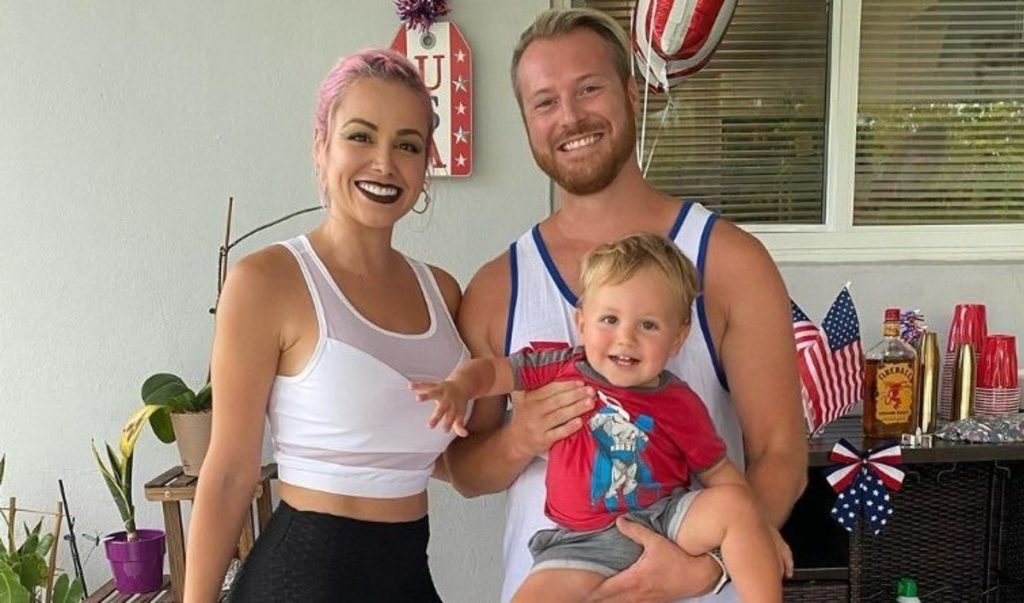 Paola and Russ are one of the most loved couples of the 90 Day Fiance. Apparently, fans have developed a bond with them over the years as they appeared on Season 1 of the show. Hence the duo decided to walk down the aisle in 2014 and share a son now. However, their journey hasn’t ever been easy! They have faced many ups and downs, including a break from their marriage as well. But it seems that good things are paving their way now. Hence, recently, the couple moved into their dream house and started fresh in their life. We have all the information you might wish to know, so keep on reading.

The popular 90 Day Fiance couple Paola and Russ have had a bump in their marriage lately. Apparently, the duo’s issues started with Covid-19, as it was really difficult for them to manage 24/7 in such closer quarters together. Hence, the star couple decided to take a break in August 2021 in order to give each some space. But it seems that Russ and Paola’s so-called break couldn’t last for a long time. This is because they were back together in October, celebrating holidays together with their son Axel. Not only this but recently they moved to their new house as well.

As per InTouch, Paola revealed in an interview that their house is a perfect place for a fresh star. Apparently, the house is in Orlando, Florida, with four bedrooms, a jacuzzi, a pool, and a huge dining room as well. Hence, Axel is the happiest person alive as he will get his own room now. Not only this, but the TLC celeb further added that she had already decorated Axel’s room. In addition to that, Paola has a small place for her little office. It apparently has her sewing equipment as well because she also does sewing and, at times, sews her own [wrestling] gear.

No matter how perfect the house is, the couple isn’t planning to live in it forever. Apparently, the 90 Day Fiance stars will only live there till they build their own dream house on the land that Paola purchased in Colombia. She further revealed that she wanted to work on this project for a long time, and luckily, Russ is also very supportive of it. Hence, the celeb further opines that it’s her goal and she needs to do the thing.

The 90 Day Fiance fans know that the star couple Paola and Russ moved into an RV several years back. Apparently, the duo loved their mobile life initially, but as time passed, they experienced the cons of it. Evidently, Paola was traveling during that time for her wrestling career. Hence, living in an RV made things really easier for her. But with time, her marriage and privacy were affected because of the confined space. Indeed because of that, the couple lacked with having “couple moments”.

Hence, they decided to quit the RV life and get a better place for themselves. Evidently, it seems that it was the best decision, as Paola reveals that since Axel has his own bedroom now for the first time, they had a “couple moment” the previous night. In addition to that, Russ also acknowledged that this really helped and felt good as well. However, the star couple isn’t planning to sell their RV and will keep it as their travel home. Hence fans are happy to know that the duo has reconciled their paths and is working on their marriage to make it work. Keep coming back to TV Season & Spoilers for all the latest 90 Day Fiance tea.