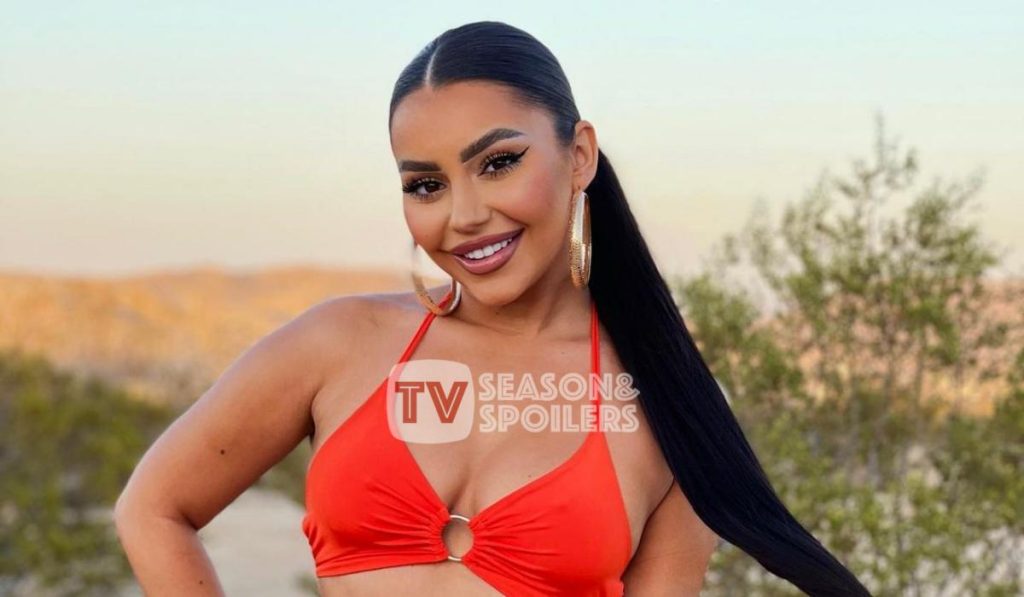 Miona Bell has joined the TLC family after taking part in 90 Day Fiance along with her partner, Jibri. Although they have just appeared in one episode of the franchise, controversies are trailing behind them, especially the Serbian woman. Apparently, a lot of fans took notice of her different skin tone in many pictures. Hence, they accused her of blackfishing. It seems like the star has finally reacted to these claims. Keep reading more to know what she did.

Miona and Jibri are truly a one-of-a-kind couple in 90 Day Fiance. In fact, the American resident is a musician, while his partner is a makeup artist. Moreover, love bloomed between them after they met in Serbia, where Jibri performed with his band. Now, his lady love is finally in America as they are trying to tie the knot while making peace with their differences. However, fans were in for a surprise after noticing something alarming about the foreigner.

It turns out she had varying skin tones in a lot of her Instagram pictures. Moreover, she also looked quite different during her TV appearance. Hence, fans began giving Miona flak for blackfishing them. Now the new celebrity has presumably reacted to these allegations. Apparently, she took to her and Jibri’s Tik Tok handle to reveal her transformation video. The first part of the clip showcased her natural self as she had just gotten out of a bath.

TV Season & Spoilers reports that the audience assumes it is her way of doing damage control after all the allegations. Despite this video, the 24-year-old has not yet shed light on the backlash in an upfront manner. Additionally, some fans are so upset over the matter that they want TLC to take action. Yet, neither the network nor the cast members have revealed anything about this publically.

Ever since the 90 Day Fiance Season 9 premiere episode took over TV, the internet went into a frenzy. Apparently, it is one of the most successful reality shows, and fans love it dearly. Therefore, they had a lot of talk about after the first episode. Moreover, Miona Bell remained in the limelight after all the claims about her blackfishing. Hence, a lot of viewers took to their social media to express how they feel about the TV debutant.

In a lot of her social media posts, there were a lot of remarks about her appearance. Therefore, an account put up a comment asking whether the “blackfish” was from Serbia. Moreover, another profile said that her “tan” is a noo. Apart from this, another aggressive audience member commented that she needs to be “straight off the plane” for the alleged blackfishing. Since then, the couple has not yet gone on record about the backlash. Keep checking TV Season & Spoilers for more such 90 Day Fiance news.