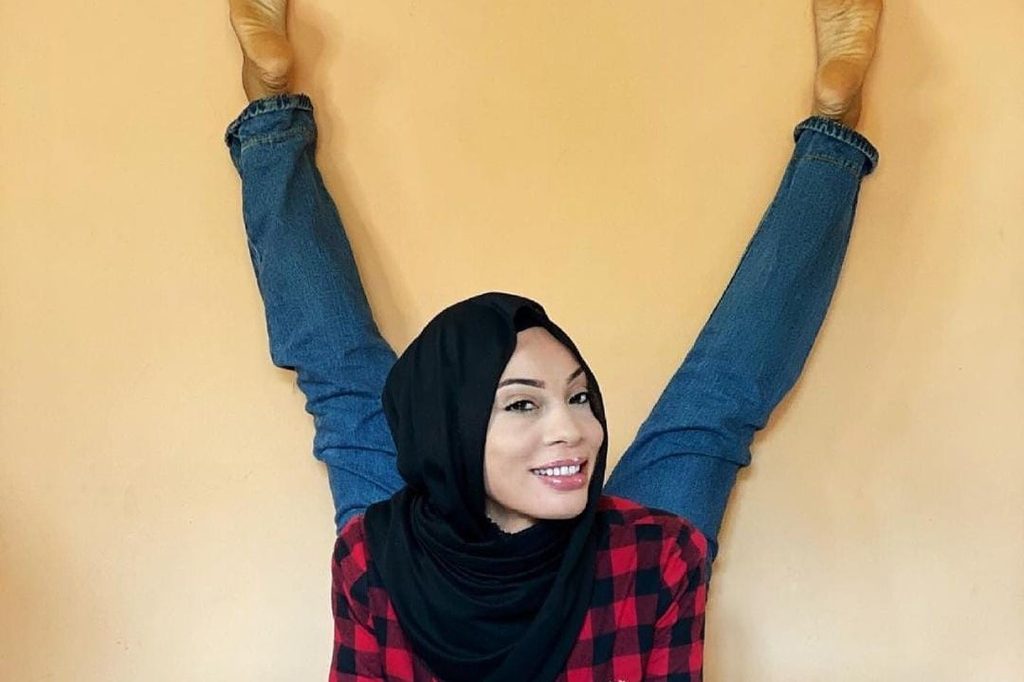 90 Day Fiance: Shaeeda Attempts Inappropriate Yoga Pose With An Unknown Man, Is She Dating Him?

Shaeeda and Bilal became the newest couple to partake in 90 Day Fiance Season 9. Right off the bat, the couple had a lot going on. It turns out that the latter lied to the foreigner about his luxurious life to test her. Later on, they had multiple arguments about prenups and their future. However, things went well in the end, and they eventually tied the knot. Bilal earned the tag of being a narcissist by the end. Now, his wife has put up a picture of herself doing a yoga pose with a mystery man. Does he approve? Keep reading to know more details about this.

While Bilal is a big name in the real estate industry, his wife Shaeeda is a yoga instructor. Therefore, the 90 Day Fiance stars often make a lot of posts about their jobs. Although their journey on the show had lots of ups and downs, love triumphed in the end. While lots of fans called Bilal self-obsessed and toxic, they feel Shaeeda is the perfect fit for him. That’s because the woman doesn’t hesitate to call him out and stands for what she believes in. Lately, the celebrity put up a post on her social media, attempting an incredibly difficult yoga pose.

However, the shocking thing was that there was a man in the post too. In fact, he was holding Shaeeda by her ankles while her palms rested on his thighs. Well, 90 Day Fiance fans took offense to this. So they couldn’t understand how someone like Bilal approved of his wife doing such a pose for social media. However, neither the mystery man nor Shaeeda has reacted to this backlash so far. Moreover, some fans also feel that it is no big deal and there is nothing offensive about the post. As per those viewers, the TLC celebrity is merely doing her job.

As mentioned above, Shaeeda and Bilal’s journey on 90 Day Fiance was no less than a roller coaster ride. It all began when the latter thought it would be a good idea to pull a prank on his partner by lying about his poor living conditions. Hence, he took her to his old house. Since then, viewers didn’t like the American man for his ways. With t his, some really began to doubt if Shaeeda was with the man just for his money. Hence, the internet began giving Shaeeda the tag of a “golddigger”

. Well, it turns out she took to her Tik-Tok to admit this.

Well, Shaeeda put up a video showcasing a new top with the words “golddigger yogi” written on it. Clearly, she was merely making fun of the title she earned. Hence, it was just a joke. Well, the 90 Day Fiance fans appreciated her for tackling hate so graciously. Therefore, they took to the comments section to support her with compliments. Throughout the show, Shaeeda proved that she is a self-made woman and doesn’t like dwelling on fame and fortune. Keep track of all the latest 90 Day FIance updates only through TV Season & Spoilers.