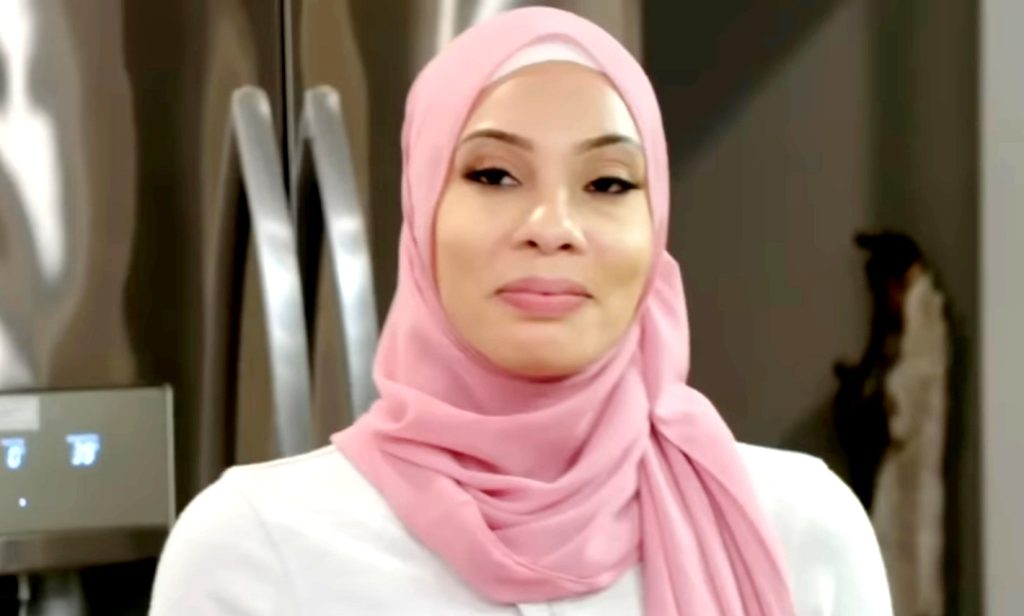 90 Day Fiance: Shaeeda Sween’s Net Worth May Shock You, What Does She Do For A Living?

Shaeeda first appeared with her husband, Bilal Hazziez, on 90 Day Fiance season 9. She is a working woman but left her yoga trainer job when she relocated from Trinidad to Kansas City, Missouri. She did so to marry her love. Shaeeda and Bilal are also the cast members of Season 7 of 90 Day Fiance: Happily Ever After. But it seems that the celebrity couple is struggling to adjust in their marriage. Shaeeda and Bilal do not agree on certain topics and face issues in forming compatibility. They have yet to decide whether they want kids or not. If yes, then what are their plans for it? Shaheeda is an independent woman, and she is earning well. Tune in to know her net worth and more about her work life.

90 Day Fiance: Shaeeda Sween Shares Huge Career Milestone! What Does She Do For A Living?

90 Day Fiance star Shaeeda Sween left her career and well-established business behind in her hometown and chose love. She still has a sizable net worth even though she moved with her husband, Bilal Hazziez, to America. While the couple was on Season 9 of the reality show, they had disagreements, especially regarding their finances. At the same time, Bilal hasn’t revealed how much money he makes. In contrast, he ended up pranking her when she landed in a foreign land. He took her to his old and poor house r ather than the nicer one to see how she would react. Before the celebrity couple tied the knot, Bilal insisted on Shaeeda signing a prenuptial agreement

. He asked for this agreement because he already has kids and property that he is concerned about.

The 90 Day Fiance star, Bilal, has two kids with his ex-wife, Shahida, one son and one daughter. Shaeeda ultimately agreed to sign the prenup, but she demanded his surety to help her establish her yoga studio in America. However, Shaeeda was unhappy as her husband was not completely honest about how much money he made, and they did not have a joint account. Apart from all these things, she shared a piece of very exciting news regarding her work life lately. Shaeeda took to her Instagram with her 230K followers. She was sitting in a car in the post and holding her employment card. Now, she is happy as her dream is finally going to come true. Well, Shaeeda can earn a livelihood proudly with her abovementioned Yoga skills and studio. Her happiness could be seen through the smile she gave while posing in the photograph.

Several outlets revealed that Shaeeda has a net worth of $150,000. Moreover, the reality TV star identifies as an entrepreneur, as she mentions in her Instagram bio. In fact, she even confessed that she had the yoga studio in Trinidad closed before moving here in one of the episodes of 90 Day Fiance: Happily Ever After. It was not an easy process that began as it was her job in her native land she gave up on after all But, she also had side income through reality TV as she got paid around $1000 to $1500 per episode. Shaeeda and Bilal didn’t just star in one but two 90 Day Fiance

spin-offs. One is the original show, and the other is Happily Ever After, showcasing their marital life.

In addition, Shaeeda uses the platform Cameo to make money by uploading videos and interacting with her fans. The 90 Day Fiance star charges $50 for a personalized video, $3 for short messages, and $280 for business videos. It definitely adds to her finances. Shaeeda is quite an influencer, as she makes money through her social media platforms, too. The Yoga teacher has collaborated with Teddy Blake to promote their products, i.e., luxury designer bags, to her follower as well. So, before getting her employment card, she was also offering free online yoga classes to her students as she missed teaching it in her homeland. For more exciting news updates, stay tuned to TV Season & Spoilers.