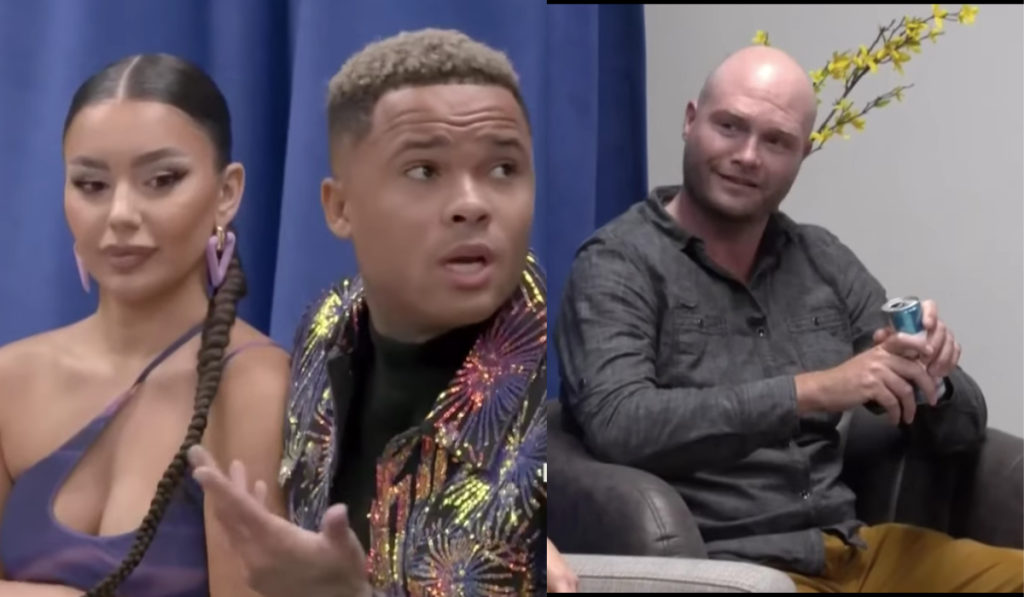 Jibri Bell has gained many advantages due to his fame on the 90 Day Fiance. Moreover, the fans are surprised at his NFT dealings and how he handles things. However, as each couple had personal problems on the show, the reality star spiked for more. During Season 9 Tell-All Part 1, Jibri and Patrick’s brother, John, get into an argument. Moreover, their fight continues backstage, and it comes to a point where Jibri demands the show take away John. The fans are furious at the show for following Bell’s request. Tune in to know more.

Everyone came with some baggage on the show. The couple had problems, while some included some genuine red flags. However, the pairs chose to marry each other. The 90 Day Fiance knows how Thais have a problem with Patrick’s brother. There have been instances in the past where John didn’t behave a certain way. Meanwhile, during the Tell-All, Jibri, and John get into an argument. Miona’s boyfriend asked Patrick’s brother to stop the third wheeling. Besides, John was the first to fuel the argument by calling Jibri “Sparkles.” The situation worsened as Jibri got out of his way to retaliate.

So, as the two continue to fight, Jibri asks John to meet him backstage. The two men then stand close to each other, where Jibri says if john is beside him, he would “knock him out.” Patrick’s brother responds, ” Not, you’re not.” The 90 Day Fiance celeb doesn’t control it and says, “You’re gonna be the one taking a lot.” Things continue to worsen between the two. And it comes to a point where Jibri demands the show to put John beside. Meanwhile, the fans are not happy with Jibri’s behavior. Moreover, the people have slammed Patrick for not sticking up for his brother.

90 Day Fiance: Fans Slam Patrick For Not Standing Up For John

The fans are not taking any rubbish from Jibri and have noted their disappointment. One fan commented why the show agreed to Jibri’s request of not allowing John on stage. Besides, the people also noted that John would slam Jibro for calling Patrick the “trailer trash.” Meanwhile, many 90 Day Fiance viewers believe Bell is making a scene to gain attention and free advertising. Besides, another viewer noted why Shaun allowed Jibri to disrespect the entire panel.

Well, the fans are surely happy with Jibri. They have never seen someone with such a notorious act during the Tell-All. Moreover, the 90 Day Fiance viewers are upset with Patrick as he didn’t take a stand for his brother. What do you think? Tell us in the comments below. And stay tuned to TV Season & Spoilers for the latest updates on reality TV shows.