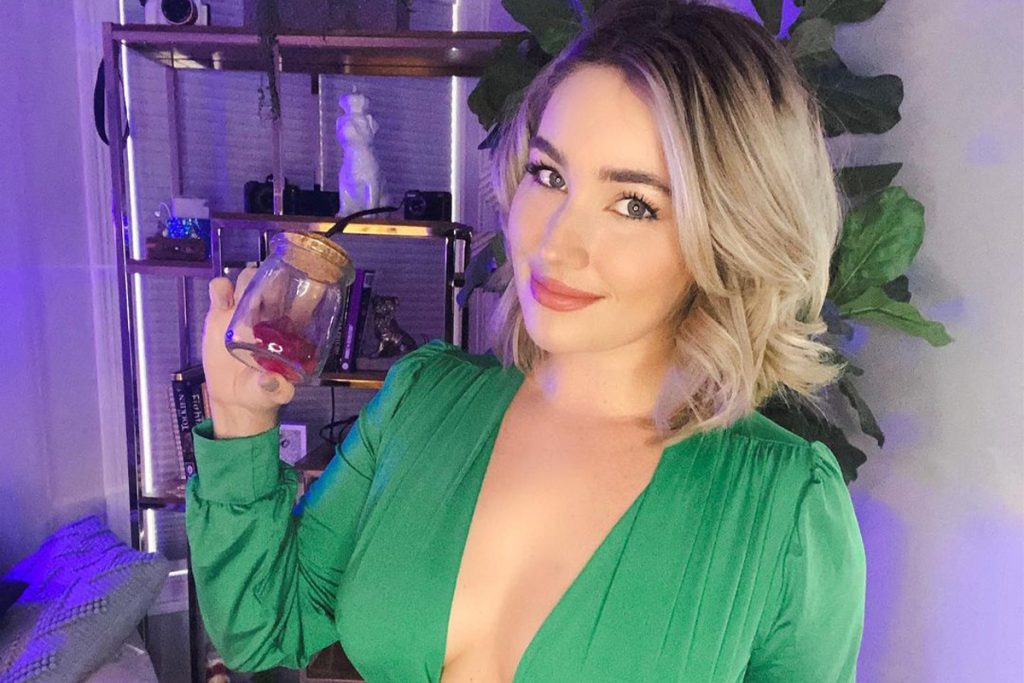 Just when fans begin to think some of the 90 Day Fiance stars can’t get any weirder, they prove them wrong. The latest example of this is former cast member Stepanie Matto. She made a name for herself by appearing in the ‘Before the 90 Days’ spin-off. Even after her farewell from the show, she is still turning heads. The former celebrity is doing so by selling farts! Yes, that’s right. This bizarre business venture has earned her as much as $100,000 so far. Keep reading to know the whole story.

Apart from being a famous star in the 90 Day Fiance fanbase, Stephanie also went viral amongst millennials and Gen-Z audiences. That’s because the ex-TV star posted a Tik-Tok video of herself talking about her unconventional income method. She began to sell farts online. She does so by s toring them in a jar and shipping the container to the customers. In no time, the video went viral. It has over 6 million views on the social media platform to this date. Moreover, the celebrity also talked of earning more than $100,000 by this venture!

Although she wasn’t a well-liked character in the 90 Day franchise, fans are still appreciating her as a businesswoman. TV Season & Spoilers reports that there is a laughter riot going on on Reddit. Apparently, all reality show viewers appreciate her for duping creepy people into buying her strange product. Nevertheless, they still find the act to be “foul”. Another Redditor hilariously claimed that she is probably making an anonymous neighbor fart in those jars. There was another account that jokingly said that they are “jealous” as no one buys their farts.

90 Day Fiance: Stephanie Reveals The Secret Behind Her Food Habits!

Once her fart business got successful, Stephanie also revealed the secret behind it. In another one of her videos, the reality show star announced the kind of food she eats to “get herself going”. In her clip, the ex-stripper claimed she eats foods like yogurt, protein muffin, beans, and also hard-boiled eggs. Matto also advised her fans to eat yogurt with less sugar for better results.

Furthermore, the former 90 Day Fiance celeb mentioned adding rose petals to her jar. She explained that when the TV star would fart into the vessel, the petals would help in storing the smell, so it lasts longer. Until she has to do the deed, the viral star passes her time by reading a book. She concluded the video by adding 97 people had purchased her product within two days it went on sale. Because of gastrointestinal pyrotechnics, the 90 Day cast member began earning heavy bucks