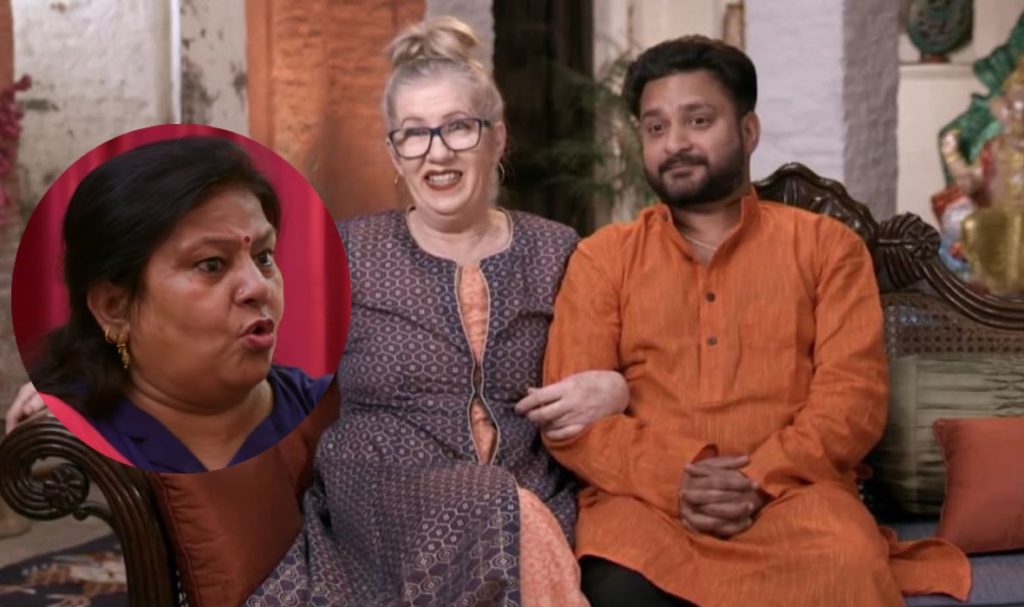 90 Day Fiance: Sumit’s Mom Confirmed To MOVING IN With Him & Jenny! Wants To Teach Her Indian Traditions!

The cultures are clashing! Until now, the main aim for 90 Day Fiance stars Sumit and Jenny was to convince the former’s parents for their marriage. For years, the pair have been trying to seek approval from the Indian celebrity’s parents. However, they have been unable to do so. Fortunately, there might be a ray of hope for their future as Sumit’s mom Sahna and dad, Anil, are ready to make some effort. Amid this, the different cultures of Jenny and her Indian husband’s family are starting to clash. Here’s your tea for the day.

90 Day Fiance: Sumit’s Parents Moving In His House With Jenny, Intend To Make Her An Ideal Indian Daughter-In-Law!

After years of struggle, Sumit and Jenny can finally see some positive things in their future. Previously, the Indian star’s parents, Sahna and Anil, were pretty against his relationship with an American woman who was nearly double his age. Their disagreement became so stern that Sahna even threatened to commit suicide if her son continued to see Slatten. However, after a lot of effort and time, Sumit’s parents are finally ready to make some effort in understanding Jenny. But, this will also mean that they want to transform Singh’s fiance into a perfect Indian daughter-in-law.

The upcoming episode will finally bring some exciting things to the table. As per People’s exclusive sneak peek, Sahna will suggest moving into Sumit and Jenny’s house alongside her husband. She wants all four of them to live together. However, her main intention is to teach Jenny how to be an Indian bride before actually approving of her marriage to Sumit. When asked about how the idea came to her, Singh’s mother said, “because I have an attachment to him, and Sumit is very attached to me”. Hence, she cannot let go of Sumit because of his fiance. So, as TV Season Spoilers

predicted even before the new season premiered, the parents want to live with the TLC couple.

After his parents suggested moving in with him and Jenny, Sumit realized that they were finally giving the couple a chance. Hence, he was highly excited and assured Jenny by saying, “They are giving me a chance to prove you deserve me, I deserve you”. In fact, he even expressed that he was happy that his mom and dad were giving him the opportunity. At the same time, he said he also felt shocked and nervous. This is because he thinks that his mother might have “wrong intentions to create trouble” for him and Slatten. Yet, despite the risk, Sumit believes that this decision is a positive sign.

On the other hand, Jenny found it pretty hard to think she would now have to live with Sumit’s parents. Well, reports say that it’s fairly common in India for adults to live with their parents. And it remains to be rooted in their culture even today. However, as people already know, kids are expected to move out of their parent’s house once they are adults. Hence, as a 63-year-old woman, Jenny couldn’t related to the idea of living with her “future” parents-in-law. Once the four of them start living together, fans can expect to see a lot more drama in the upcoming episodes of 90 Day Fiance: The Other Way. Stay tuned to TV Season Spoilers for more updates.