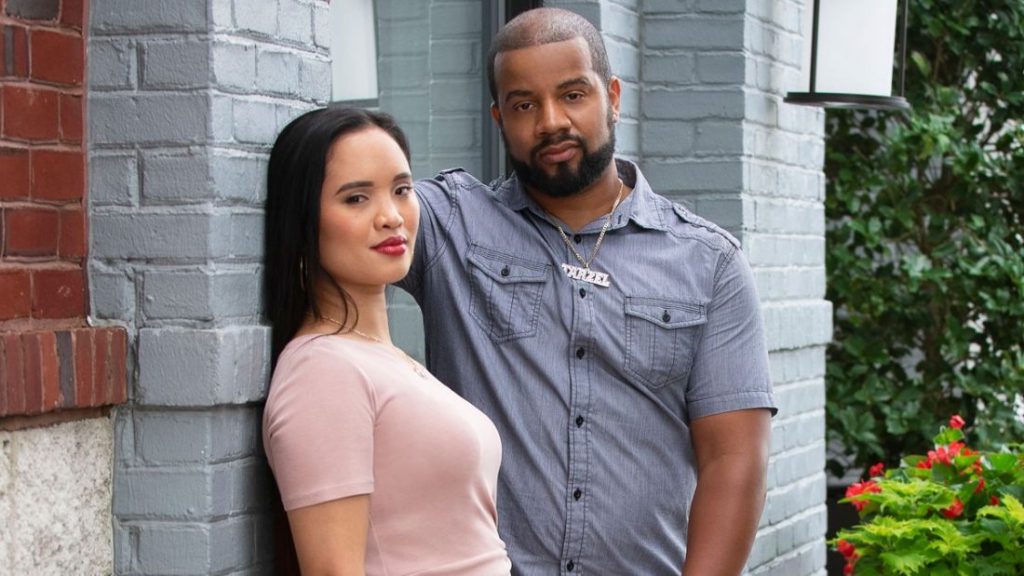 Well, Tarik Myers and Hazel Cagalitan had been one of the most-loved couples in the entire 90 Day Fiance. However, it seems like things have changed since Hazel moved to the US and changed the dynamic of their relationship. Yet, after all those troubles, the Before The 90 Days couple have finally tied the knot. Reaching the altar was clearly a struggle for the reality TV stars as they even broke up right before it. When did Tarik and Hazel get married? Is Minty still involved? Here’s a detailed look at the things that happened.

90 Day Fiance: Tarik Broke Engagement With Hazel Due To Her Pregnancy

Hazel and Tarik first appeared on TV with the spin-off series of the TLC show, 90 Day Fiance: Before the 90 Days. At first, fans really liked their chemistry, and it seemed like they were genuine in love. However, post the pandemic, things started to the wrong way. Cagalitan came out to her husband about being bisexual and desires to be with a woman. Myers was quite supportive of her fiance. The couple then decided to bring a third girl into their dynamic so that Hazel could experience how it’s like to be with a woman.

However, it turns out that the new girl, Minty, was more attracted to Tarik than Hazel. Besides, to Hazel’s concern, their connection was starting to get much stronger. Hence, Cagalitan decided to put off the relationship between the throuple, due to which the 90 Day Fiance couple broke up with Minty. Yet, despite his fiance’s warning, Myers kept in contact with Minty. This eventually caused a big argument between TV stars, but this wasn’t the reason that caused their break up.

It turns out that their breakup had something to do with Hazel’s pregnancy. As per ScreenRant, Hazel had taken a pregnancy test that came out positive after she missed her period. However, when she took two more tests a week later, the results came out negative. Out of nowhere, Tarik assumed that Cagalitan might have terminated her pregnancy. Hence, he broke up with her since he didn’t want to with anybody who does “something like this.”

However, when Hazel checked up with a doctor, it turned out that she wasn’t pregnant in the first place. The two of them got back together after Tarik got to know the truth.

90 Day Fiance: Tarik And Hazel Got Hitched Back in June 2020

The 90 Day Fiance couple finally overcame their issues and tied the knot. As per an exclusive by Intouch, Tarik Myers and Hazel Cagalitan got married on June 7, 2020. The news was confirmed by Virginia Beach Circuit Court Clerk’s Office. A few days before their big day, Hazel and Tarik had a huge argument as she suspected him cheating with another woman. In fact, they were about to cancel the wedding. However, their friend and wedding officiant, Angela Watson, took Hazel’s side and sorted out the issues between them.

Tarik finally realized his mistakes and planned a surprise night for his fiance. In a romantic setting, Myers finally got down on his knees and proposed to Hazel. Well, as you might know by now, she said yes. The couple still seems to be together as they keep on posting pictures of and with each other. We hope that they continue to be in a happy relationship.