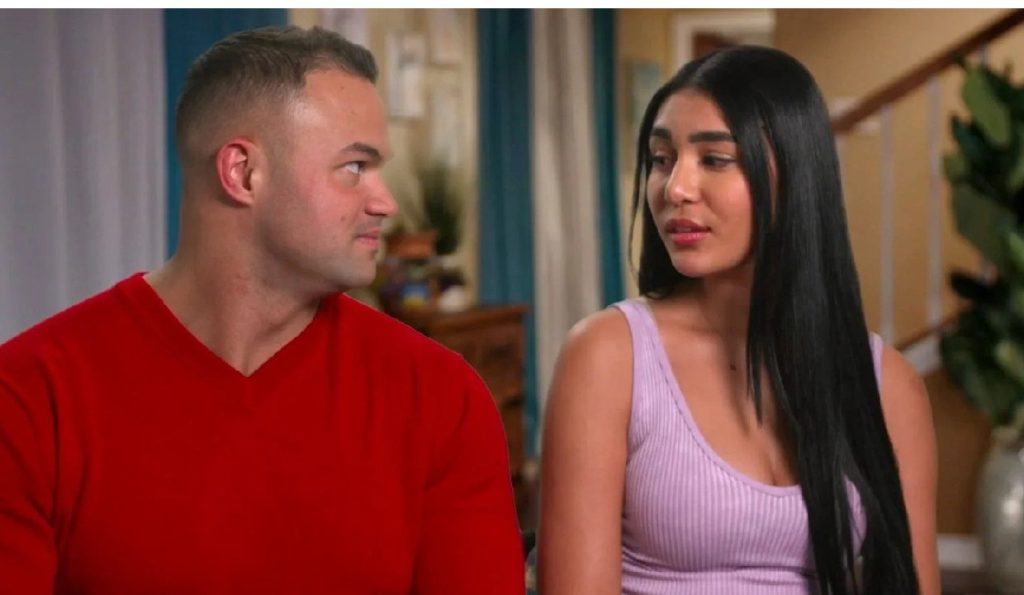 90 Day Fiance: Thais Got Pregnant When Patrick Had ZERO Sperm Count Due To Steroid Use?

Patrick and Thais showcased a major part of their love story through 90 Day Fiance. The couple had to go through a lot of hardships. For instance, the former’s brother John was staying with them, and they didn’t have as much privacy as they wanted. Moreover, Thais’ father was unwilling to give the couple’s blessings for their marriage until the very last minute. All that is in the past now, and they are happily married. During the Tell-All, they also revealed that they were expecting their first ever baby. Patrick made some shocking revelations about his infertility when that happened. Keep reading to know more details.

90 Day Fiance: Patrick Was Surprised At Thais’ Pregnancy! Thought He Was Infertile

Patrick opened up about a lot of alarming things during the latest 90 Day Fiance Tell All. All the couples were present at the studio to talk about their married life in America. Apart from this, Patrick and Thais finally revealed that they were pregnant and would have their first baby. While talking about this, the American man expressed that he was really shocked at this news. That’s because he thought he was infertile after using excessive steroids to enhance his physique in the past. As per Patrick, he thought his sperm count had reduced to zero because of it.

Initially, Thais, too, didn’t know about Patrick’s issue. In fact, much of it was due to their language barrier. However, he began going to a doctor to make progress in his fertility, as per Starcasm. At last, it worked, and the couple is ready to have their first baby now. Moreover, the Brazilian woman took as many as six pregnancy tests and even went to a gynecologist with a friend before breaking the news to Patrick. Well, all seems to be working perfectly for the couple. That’s because they were very happy during the special episode while finally announcing their pregnancy. Apparently, the 90 Day Fiance fanbase had already predicted it and was waiting for an official announcement from the soon-to-be parents.

The Tell All 90 Day Finance episode had tons of shocking moments. Well, one of them was definitely when the cast discussed Patrick cheating on Thais. The couple agreed that it happened at a very initial level in their relationship and didn’t mean anything as it was sexual. Shaun Robinson, i.e., the host and the rest of the couples, felt otherwise. However, Patrick and Thais have moved past this now and are ready to turn over a new leaf. After announcing their pregnancy on the special episode, they also made an Instagram post about it.

Apparently, the couple put up a bunch of photos containing sonography and also a positive pregnancy test. In fact, Thais revealed in her post that they were “very happy” to announce the arrival of their first baby. With this, the reality TV stars also stated that they would soon be a family of four. This includes Patrick, Thais, their new baby, and their pet dog. Hence, all their fans and other 90 Day Fiance castmates took to the comments section to congratulate them. Keep track of all the latest 90 Day Fiance news only through TV Season & Spoilers.