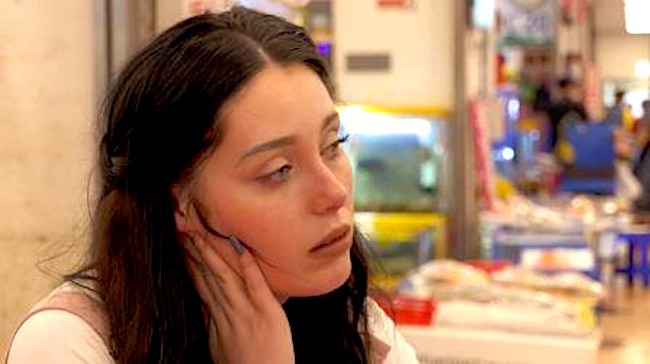 90 Day Fiance: The Other Way, Christopher Makes Documentary About Deavan Getting Out Of an Abusive Relationship, Fans Slam Her For Multiple Reasons

For a long time, Deavan has been teasing that she and her new boyfriend are making a documentary. While she stated that she won’t star on the show, the former 90 Day Fiance: The Other Way star let fans know that they can see her in their documentary. From the first look of it posted on 187anonymousgossipp, Deavan is opening up about the abuse she allegedly faced.

Deavan Is Frustrated Over Paying For Everything And Being a Single Parent, Talks About Drascilla Having PTSD

Saying that she was the one who escaped an abusive relationship and came back to America to be safe, Deavan sounded frustrated. She didn’t appreciate the fact that she is a single parent paying for everything. Later on in the clip, the mother of two revealed that Drascilla has PTSD ever since she came back from Korea.

She was talking to a woman on the phone when Deavan revealed that someone told her that she is not the only one lawyering up, calling her Clown face. Well, it won’t be hard to guess who the sender was! The person on the other end of the line said that it’s a psychological war.

Fans, as usual, accused her of victimizing herself again. One user pointed out that if Christopher does something to annoy her, she will claim abuse on him too. The same user stated that Deavan has pointed out 3 abuse incidents if we total it up. Before Jihoon, she accused her ex of abusing her and later added that her aunt kidnapped her for sex trafficking. She also called Deavan’s definition of abuse and insult to real abuse survivors.

A while back, pregnancy rumors about Deavan were swirling around. She made a post in response and pointed out that no one should be body-shaming her just because she gained some weight. While the message seemed appropriate, coming from Deavan, fans took it as another cry for attention. One use a pointed out that it would be great if Deavan does what she announces all the time, that is, take a break from social media. The same fan pointed out that no one has made any statement about Deavan gaining weight and that she is just begging for some attention.

She also shared a highly edited picture of herself with “My official statement about the abuse case #LinkInBio:” written in the caption. While some fans slammed her for using clickbait for alleged abuse allegations, others accused her of kidnapping Jihoon’s child. Let us know what you think in the comments below.