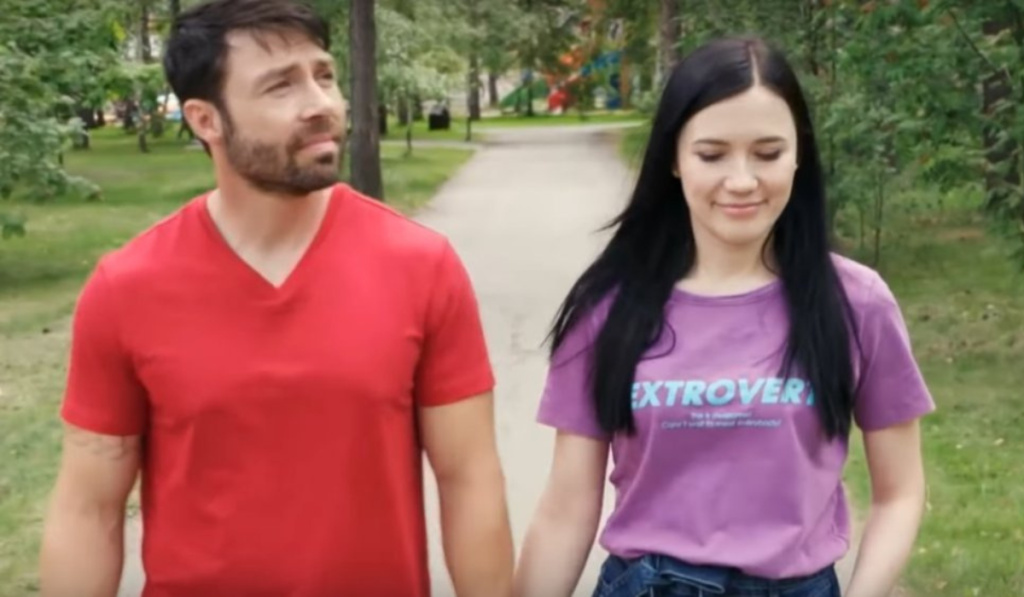 Love knows no boundaries, which is certainly true in the case of Varya and her criminal fiance, Geoffrey Paschel. The 90 Day Fiance controversial couple appeared in Season 4 and has been in the headlines ever since. Avid watchers know that Geoffrey has several criminal records. Currently, he is serving jail time and won’t be out for long. It was his birthday recently, and his partner thought of wishing him through social media. Tune in to know how the reality star wished for Paschel.

When Geoffrey Paschel made it to the 90 Day Fiance, he didn’t have a great start. The reality celeb already had many criminal accusations against him. Yet, he made it to Russia to meet Varya for the first time. Paschel’s ex-fiance came out to speak about the domestic assault that she faced with him. Likewise, there were also kidnapping charges against the 90 Day Fiance star. However, Malina still supported her fiance and said he was innocent. Several women came out and noted his crimes. Likewise, Monsters&Critics

spoke to two of the women, and they told the tabloid that Geoffrey is a womanizer. Yet, Varya didn’t believe them and used to block anyone who came after Paschel.

In 2021, the court found Geoffery guilty and sentenced him to 18 years in February 2022. However, Malina does not lose hope and looks after his affairs. Meanwhile, it was the 90 Day Fiance celeb’s birthday yesterday, and the fiancee wished him with a video of hers. In the video, the couple was lying close to each other. Geoffrey kissed Varya, and the couple seemed happy. Varya captioned her video, “Happy Birthday,” with a red heart. Fans also took to the comment section to share their sentiments. Many hoped that the couple could spend some time together. Meanwhile, not many supported Varya due to Paschel’s crimes.

90 Day Fiance: Varya Supports Her Fiance No Matter What

Geoffrey Paschel is going to serve 18 years of his life in jail. Moreover, there isn’t a slight chance that he would get early relief. Hence, his fiancee has started to handle affairs. After the 90 Day Fiance celeb’s heft sentence, Varya announced that she was selling Paschel’s home in Florida. Likewise, she also petitioned the fans for some donations. In addition, she moved to Tennessee to look after his house there. And thereby looked after his dogs and children.

Similarly, Varya has started to visit Geoffrey in prison, and she recently shared a picture of him behind bars. She also accompanied Paschel’s brother as he got the “Free Geoffrey” Tattoo. Meanwhile, many women have also claimed that the 90 Day Fiance star was in a relationship with them as he was dating Varya. But, she isn’t ready to believe any accusations. Stay tuned to TV Season & Spoilers for the latest updates on reality TV shows.